Destination D23 announced! What to expect regarding Star Wars live-action 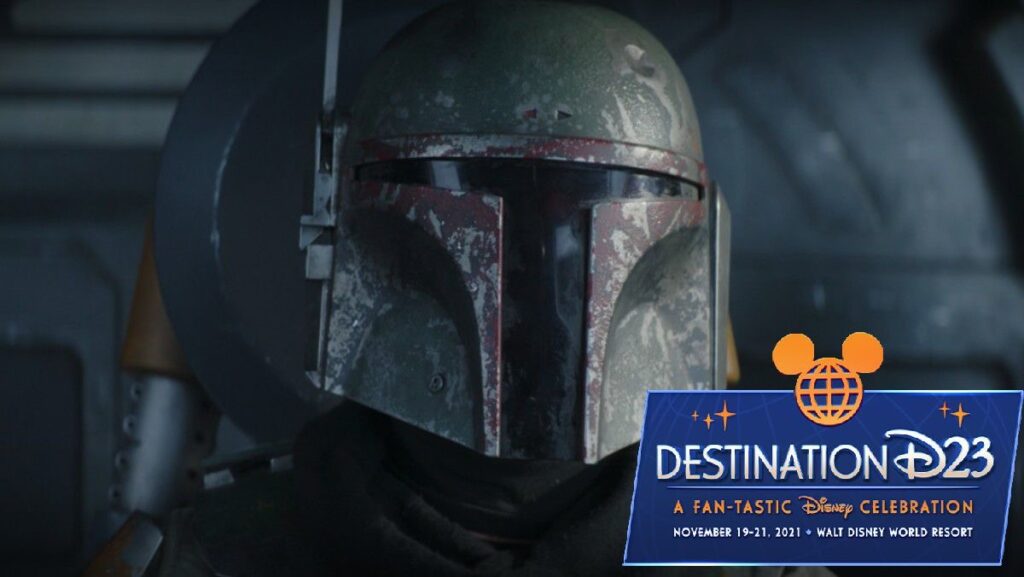 Yesterday Disney officially announced the dates for Destination D23 which will run from November 19th to the 21st and Disney have promised special looks at upcoming Disney+ shows. Maybe you’re unfamiliar with D23 and don’t know what to expect, so we’re here to give you a brief rundown of Star Wars film and television content at D23 in the past and what we’d expect this November!

The last D23 event took place in August 2019 and the most notable Star Wars moment undoubtedly came from Kathleen Kennedy bringing Ewan McGregor on stage to officially announce the Obi-Wan Kenobi series. Two years on, several productions delays and a re-write of the series, Kenobi is in the middle of its production and is due to arrive on Disney+ next year. Diego Luna and Alan Tudyk took to the stage to announce Andor would begin filming in 2020. Unfortunately rewrites and multiple development issues led to Andor being delayed. Andor is coming to the end of filming and is due to release in 2022. The hotly anticipated seventh and final season of The Clone Wars was announced to be releasing in February 2020. Lastly The Rise of Skywalker showed an exclusive sizzle reel for those in attendance, but we at Bespin Bulletin had somebody in the room and were the first to get details of what was shown out to the public.

D23 2018 was a less thrilling ride for Star Wars fans as there wasn’t any major announcements, but fans were greeted with a video from JJ Abrams who was busy writing The Rise of Skywalker at the time and got to see exclusive behind the scenes footage of Solo: A Star Wars Story.

At D23 in 2017, Rian Johnson and the cast of The Last Jedi took to the stage. Anticipation for The Force Awakens follow-up was at fever pitch with fans only having seen a teaser three months ahead of the event. Rian and the cast unveiled a behind the scenes video which sent the fandom ablaze.

Obviously in 2020 the world was not in a place to safely host a D23 event and instead at the Disney Investors Day in December 2020, Lucasfilm announced multiple projects including Rogue Squadron, Ahsoka, Rangers of the New Republic, Star Wars: Visions, Lando, an untitled Droid project (which we exclusively reported in October 2020 on our podcast) along with revealing a trailer for The Bad Batch and a behind the scenes sizzle reel for Andor.

At the time of writing I have no inside information regarding what will be shown or announced at this years Destination D23, this is just what I’d expect.

The Book of Boba Fett wrapped production in June and is currently slated for a December release. The first trailer should already be out by the event, but I’d expect another look at the series. If however the series is delayed until early 2022, then a trailer would seem plausible.

Rogue Squadron is currently slated for a December 2023 release and the film is expected to go into production next year so an official update on the film and even perhaps some casting news seems about right in regards to timing.

Production on both Obi-Wan Kenobi and Andor would’ve wrapped, but both series may still be a bit too far out for trailers. Perhaps the series will get release windows such as Spring or Fall 2022 with some behind the scenes images, but November is far too early for either series to get a trailer.

Ahsoka seems to be one of the next series to enter production. It is unclear when Ahsoka will begin filming, but Filoni was still working on the scripts a few months ago. Casting rumours have been swirling as of late with Ahsoka Tano actress Rosario Dawson sharing the rumours of Mena Massoud and Lars Mikkelsen being cast as Ezra Bridger and Grand Admiral Thrawn on her Instagram. If casting is well underway then it adds credence to Ahsoka starting production fairly soon, so an update on the series is quite possible.

The Acolyte by Leslie Headland is due to begin production at Pinewood Studios in London early next year, so news on directors and casting should be arriving later in the year and what better place to give those updates than Destination D23.

The third season of The Mandalorian might be in production by the time of the event. If Filoni and Favreau are in attendance, which they’ll likely be to at least promote The Book of Boba Fett, it would be a strange move for the duo not to give an update on the third season. I wouldn’t expect much, but maybe confirmation of filming or when filming is expected to begin and a release window for the third season.

I wouldn’t expect an update on Lando, Rangers of the New Republic, Taika Waititi’s film and the Kevin Fiege film. The two films are very far out from release with Waititi’s releasing in 2025 and Feige’s in 2027.

Lando seems to be the series that’s furthest away and with so many series either gearing up to release or begin production, it would seem more fruitful to hold any news on the series until a later date, perhaps Star Wars Celebration or possibly D23 in 2022.

Following the firing of Gina Carano who was set to lead Rangers of the New Republic, Lucasfilm stopped active development on the project and we haven’t had an update since. The series was being produced by Jon Favreau and Dave Filoni who are also involved with The Book of Boba Fett, the third season of The Mandalorian and Ahsoka. The duo have enough to keep them busy and by the time of D23, Mando should be either in or going into production. Rangers no longer being in active development puts it at the bottom of the list regarding the Favreau and Filoni projects and puts it the furthest out meaning there’s no real reason to promote the title at this years D23, a positive update on the series could come at Celebration or later in 2022.

Personally I’m very excited for D23 and if you want to hear my thoughts on the latest Star Wars news then check out the latest episode of our podcast which you can listen to below.