Is filming on Obi-Wan Kenobi coming to an end? Stars Rupert Friend, Sung Kang and Indira Varma have wrapped 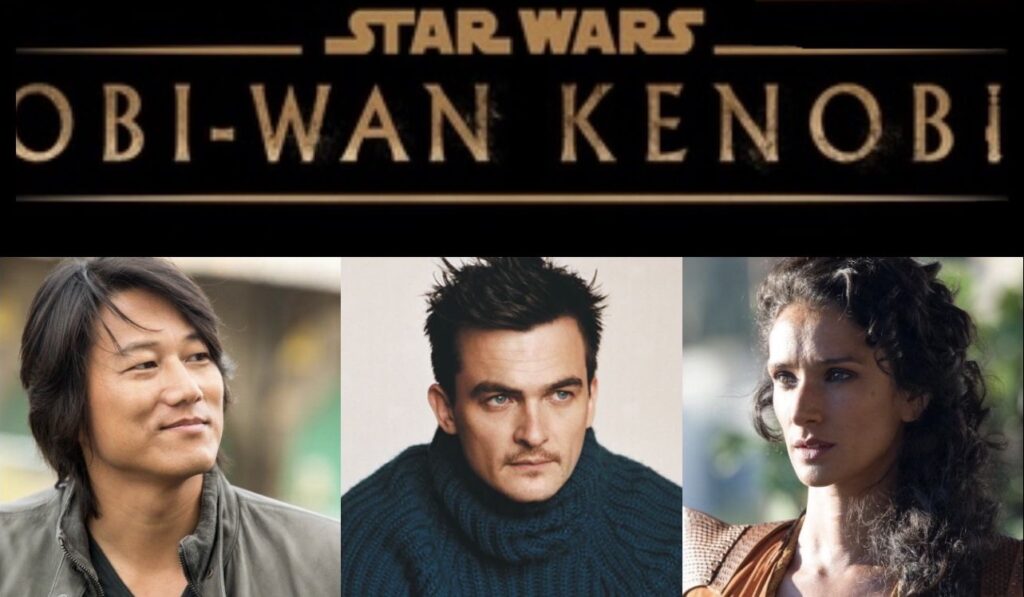 Inside a report from THR discussing Friend signing on for director Wes Anderson’s next project, which is already filming, they swiftly mention that Friend has wrapped filming on Kenobi. This makes Rupert Friend the third star of the series who’s wrapped from what we know.

Last week Indira Varma shared a message on her Instagram, “Being part of this amazing beast Obi-Wan Kenobi has been a trip. Fabulous cast of lovely people. Brilliant director Deborah Chow and the loveliest crew of creatives. I cannot wait to see the result of everyone’s incredible work and talent on screen. Thank you. May the force be with you.”

Sung Kang began filming his directorial debut, the horror comedy Shaky Shivers, at the start of the month. This likely means Kang has his hands very full and is focusing his time and energy of that project. Kang wrapped ahead of starting work on Shaky Shivers.

It appears the supporting cast are wrapping one-by-one, I also think Simone Kessell (San Andreas) has wrapped, which means filming is more than likely coming to an end relatively soon – if it hasn’t already. I said months ago that I heard Kenobi wrap around August/September online and on my podcast, and it appears to be the case.

The train yard area which was used for both seasons of The Mandalorian and The Book of Boba Fett was used for exterior Tatooine shoots for Kenobi has been relatively quiet. The Tatooine sets were taken down in July, but there has been work going on at the area in recent weeks with new sets being constructed. I don’t know what the sets are for, but there seems to be no rush to get the sets ready as progress is moving slowly at the location. My personal guess is what’s being built at the area is for whatever the next series to film is, possibly The Mandalorian or Ahsoka – whichever films first (my belief is the former).

Many may think it’s a bit of a short shoot for Kenobi, but it’s relatively in line with The Mandalorian which just like Kenobi is very reliant on the volume. Kenobi began filming in April, so if it wraps this month it would be four months of filming (five if next month). Both The Mandalorian seasons took four months each to film.

It feels surreal that Kenobi is not only in production, but close to finishing. The series/former film has gone through so many delays over the years that it’ll be an exciting moment hearing it’s officially wrapped – it actually exists. Next year is going to be a great year for Star Wars fans.