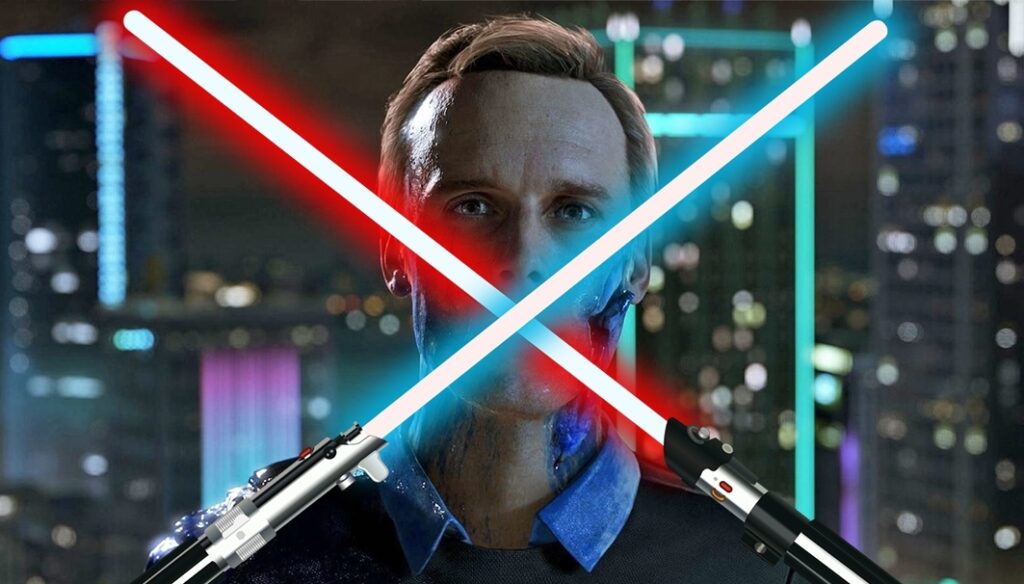 Over the weekend Henderson posted a cryptic imagine of a screen grab from Detroit: Become Human, a video game Quantic Dream, with two lightsabers photoshopped over the top, hinting at QD’s possible next project.

On Sunday, Henderson officially reported on DualShockers that according to his sources, Quantic Dream has been working on a Star Wars title for eighteen months, but may have only started full development in the past several months.

Quantic Dream are primarily known for their video games promoting interactive storytelling. Quantic Dream are probably best known for their titles Heavy Rain, which garnered critical acclaim and sold over 5M copies making it one of the best selling PlayStation 3 titles and Detroit: Become Human, which received favourable reviews and went on so become the companies best selling title with 6M copies sold.

Quantic Dream had partnership with PlayStation for over a decade and their three previous releases were exclusive to Sony’s latest platform at the title of release, including the previously mentioned Heavy Rain and Detroit: Become Human. However in 2019 it was announced that Quantic Dream would not be releasing games exclusively on Sony’s platform and released Heavy Rain, Beyond Two Souls and Detroit: Become Human on PC. Quantic have yet to release a title on an Xbox console and it remains to be seen if they will in the future.

In February of this year, Quantic Dreams launched a new studio in Montreal and hired industry veteran Stéphane D’Astous who previously established Eidos Montreal, best known for their Deux Ex games. QD also hired gameplay director, Yohan Cazaux, who worked on multiple Assassins Creed titles such as Black Flag, Origins and was the lead on the recently released, Valhalla. The new studio wouldn’t be working on a separate project, but would be working with QD’s Paris studio on one singular title.

You may be wondering about Tom Henderson’s credibility, so let me tell you a bit about his accurate leaks. Henderson is probably best known these days for his extremely accurate leaks on the upcoming EA title, Battlefield 2042 where he leaked details on the game itself, drew images from the trailer weeks before the trailer itself released and most recently revealed the title would be delayed several weeks ahead of the official announcement from EA and DICE that Battlefield 2042 had been delayed from October to November 19th. Henderson has also been providing leaks on the upcoming Call of Duty: Vanguard and leaked information on the highly anticipated Grand Theft Auto VI, the latter of which was backed up by Jason Schrier.

Personally I am not excited by this news as my brief experiences with titles from Quantic Dream never interested me, but I’ll most certainly keep an open-mind regarding this possible Star Wars title.

If you want to support my work, please consider clicking the image below to support me on Ko-Fi.