The Mandalorian season three: The Armorer actress cannot confirm or deny her involvement in the upcoming season 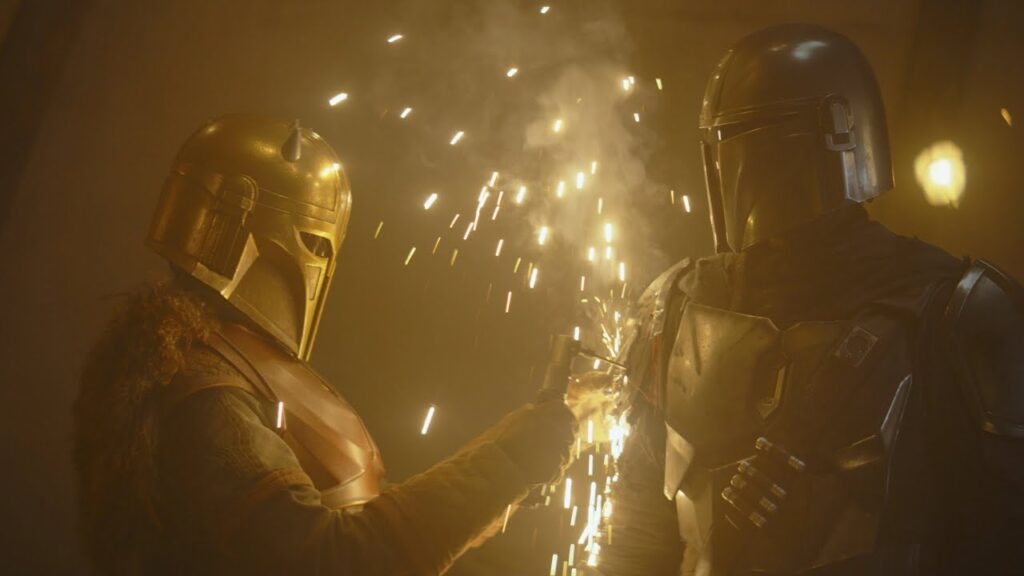 Actress Emily Swallow cannot confirm or deny her involvement in the upcoming third season of The Mandalorian.

Swallow made an appearance at Dragon Con over the weekend, and naturally if you are in or have ever been in a Star Wars project, you’re going to be asked about Star Wars. According to The Direct, during her panel, Swallow was asked if she’d be returning as The Armorer for the upcoming third season of the hit Disney+ series, to which Swallow jokingly asked, “Season three of what?” before shortly emphasizing that she cannot, “confirm, nor deny”.

It’s a bit of a non-answer, but at least to me it sort of confirms she’s involved. If Swallow wasn’t asked to appear in the third season or hadn’t had contact with Lucasfilm or the team behind The Mandalorian, why not just say that? The vague answer of “I can neither confirm or deny” just feels like Swallow is winking at the fans.

What adds more weight to Emily Swallow making a return as The Armorer was her answer when asked about Din Djarin breaking the Mandalorian creed, “I’m trying to figure out what I can say. I would imagine that there has to be some sort of punishment and I hope there would be redemption, because there’s always redemption in Star Wars.”

It’s the “I’m trying to figure out what I can say” that really stands out. If you’re under contract and NDA’s then you can’t say anything. Swallow saying she has to figure out what she can and can’t say, at least to me, implies she knows the answer, but doesn’t want to break a contract.

Given Din’s actions in the second season, it does feel natural for The Armorer to return in the third season. The fate of The Armorer was left rather ambiguous – she fought Imperial forces in the forge and when we return to the location in season two, the location has been taken over by Aqualish thieves. During the second season, Din coming into contact with other Mandalorian’s, learning what being a Mandalorian means to them and what the armour can represent along with learning he’s part of a cult is perfect set up for character growth and conflict going into the third season, and I believe the addition of The Armorer, who served as a mentor figure to Djarin, would only add to this plot point.

Doctor Pershing himself, Omid Abtahi, was also at Dragon Con and asked about Pershing returning for the third season and said, “I’m always hopeful…we’ll see”. Personally I find this to be more of a compelling answer than Swallow’s, “I can neither confirm, nor deny”. Pershing’s character was directly tied to Moff Gideon and the Empire’s efforts of capturing Grogu, but with Grogu seemingly out of the picture for now, there’s less reasoning and urgency for Pershing to appear in the upcoming season, especially when you consider the events of season twos finale – he’s likely in the custody of The New Republic and would be better suited to Rangers of the New Republic, which is no longer in active development.

Hopefully we don’t have to wait much longer to get some answers as the third season of The Mandalorian begins filming later this month and will likely hit our screens sometime in 2022.

All quotes come via The Direct.