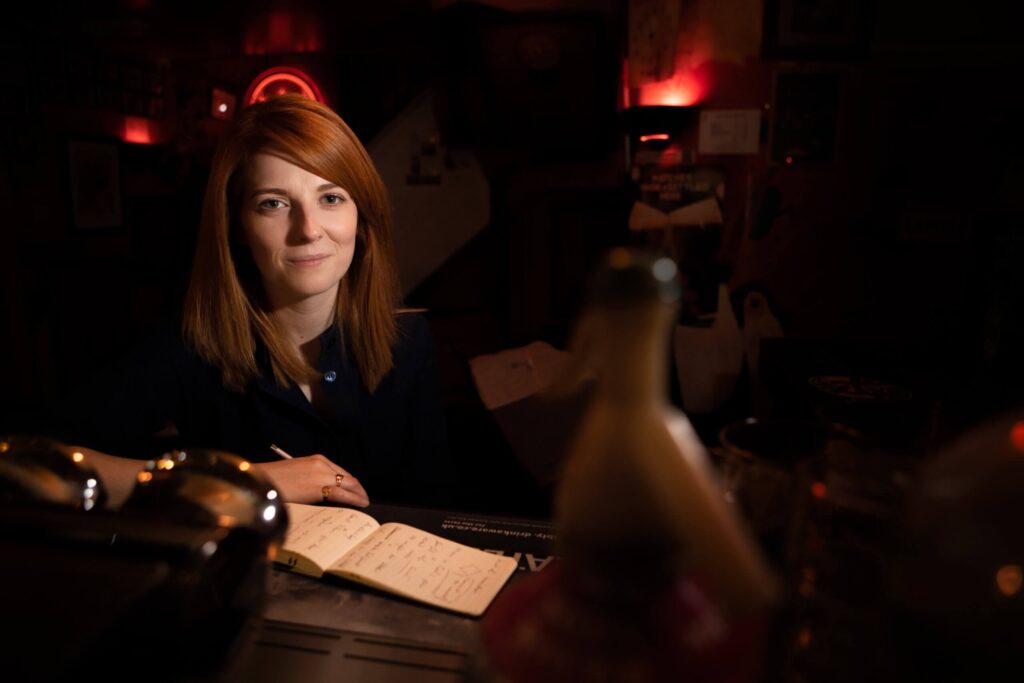 During an interview with SlashFilm, co-writer of the upcoming untitled Star Wars movie being directed by Taika Waititi, Krysty Wilson-Cairns spoke on the franchise.

Academy Award nominee, Wilson-Cairns is currently promoting her latest release, Last Night in SoHo which she co-wrote with Edgar Wright, who also directed the flick starring Anya Taylor-Joy, Thomasin McKenzie and Matt Smith. Naturally if you’re attached to a Star Wars project, you’re going to get asked about Star Wars.

The 1917 writer didn’t have anything to say about her upcoming project due to the top secret nature of working on a Star Wars film as she joked, “It’s dangerous you’re asking me these questions. You know if I answer incorrectly, Mickey Mouse will burst into this room and beat me up? And I was in therapy for years about that fear, so it’s clear and present”.

It’s a given she couldn’t give any details on the project considering it’s years away at this point, but she did comment on the franchise saying, “What I love about Star Wars is that they’re incredibly transformative. There’s a little bit of nostalgia in them, but they can change and adapt with the times. So I think, yeah, I’ll watch Star Wars all day and that is what I love about them.”

The reason I’m covering this topic and find it interesting is that there’s been speculation from some fans and even insiders as to whether or not Wilson-Cairns was still attached as everything has been hush-hush around the project and the few times the topic has come up, Wilson-Cairns hasn’t been mentioned. The last time anybody involved with the film was asked about the project was in August, where Taika Waititi spoke with WIRED.

When asked about his Star Wars project, Waititi said, “It’s still in the ‘EXT. SPACE’ stage. We’ve got a story. I’m really excited by it because it feels very me. I tend to go down that sincerity alleyway in my films. I like to fool the viewer into thinking ‘ha, it’s this’ and them going ‘Damn it, you made me feel something!”

The ‘EXT. SPACE’ stage the Jojo Rabbit director is referencing a screenwriting format establishing shots before a scene. Basically he’s still in the early stages.

Waititi had previously mentioned that he was hoping his next project after wrapping Thor: Love and Thunder would be his Star Wars film, but was unsure due to other projects he’s attached to. When asked if his next project was Star Wars, Waititi told the Sydney Morning Herald in June, “I don’t know if it’s that’s going to be Star Wars. I hope it’ll be but there’s a whole lot of other little things I’ve got my sticky fingers attached to so we’ll see.” Waititi is currently in post-production on Love and Thunder, but is currently attached to write a live-action Flash Gordon movie and is still working on a live-action adaptation of Akira.

Honestly Taika’s Star Wars film is one of my most anticipated Star Wars projects. I’ve enjoyed each one of his films and thought he handled the season one finale of The Mandalorian splendidly. However the most exciting part for me is the possibility of a new and fresh take away from the Skywalker Saga. The sequel trilogy to me felt too reliant on the original trilogy, which many love, but I’ve had my time in that era and with that aesthetic – I’m ready for something new. Say what you want about the prequels, but they felt bold and daring, but were still unapologetically George Lucas and Star Wars. Hearing Wilson-Cairns comment on the franchise and acknowledge her commitment to the upcoming flick was very reassuring and I am eager to see what she and Waititi come up with.