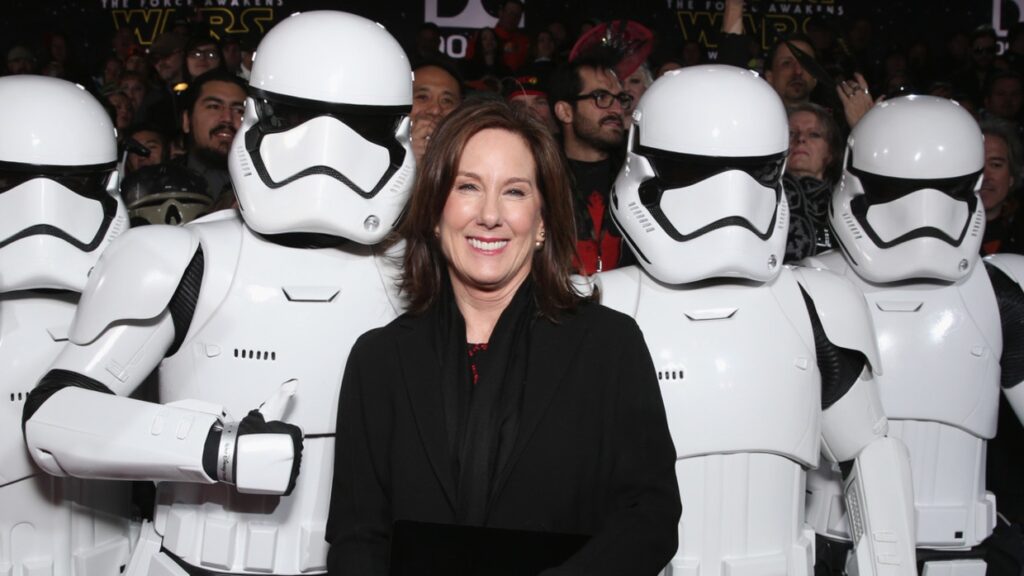 According to a new report, Kathleen Kennedy’s contract as president of Lucasfilm has been extended for another three years.

The report comes from Puck writer Matthew Belloni, who previously wrote for The Hollywood Reporter, who claims Kennedy has quietly re-upped her deal with Disney to continue as the president of Lucasfilm for another three years, meaning Kennedy’s contract will run until sometime in 2024.

Kennedy previously re-upped her deal in 2018 until 2021 and though some fans were unhappy with the decision despite Kennedy at the time having three successful Star Wars movies under her belt and one financial failure, the dispute over Kennedy being the right person for the job has only grown in recent years and I am sure some fans are livid at this news and can already see the angry YouTube videos coming thick and fast.

There’s been a slew of complications under Kennedy’s presidency. Back in 2017 Phil Lord and Chris Miller were fired from Solo: A Star Wars Story after creative differences despite being around 70% through filming the movie. The same year saw The Last Jedi director Rian Johnson secure a trilogy of Star Wars films ahead of Jedi’s release, however there’s been no word on development of the trilogy despite Lucasfilm announcing plans until 2027. In 2017 Colin Trevorrow left Star Wars: Episode IX due to creative differences. In 2018, David Benioff and D.B. Weiss were announced to develop a series of Star Wars films, but later left in 2019 after striking a deal with Netflix to develop projects for the streamer and could no longer to commit to their series of Star Wars films. In August 2019, Kathleen Kennedy alongside Ewan McGregor announced the Obi-Wan Kenobi series and that the scripts were finished, but a handful of months later it was reported the series was being re-written due to similarities to The Mandalorian season one which released in November 2019. Most recently it was announced that Patty Jenkins’ Rogue Squadron was indefinitely delayed due to scheduling conflicts despite Jenkins’ next two projects not due to release until after Squadron.

Kennedy has produced three Star Wars films that grossed over one billion dollars each (The Last Jedi, Rogue One and The Rise of Skywalker) and The Force Awakens that grossed over two billion dollars. Kennedy also produced Lucasfilm’s golden child in recent years The Mandalorian for Disney+ and has green-lit multiple live-action Star Wars series including The Book of Boba Fett, Obi-Wan Kenobi, Andor, Ahsoka, The Acolyte and Lando. As well as green lighting multiple live action series, Kennedy brought back the animated series The Clone Wars for a seventh season and released four new animated series, Star Wars: Rebels, Star Wars: Resistance, Star Wars: The Bad Batch and Star Wars: Visions. In addition to the Star Wars projects, Kennedy also green lit a Willow series and a fifth entry in the Indiana Jones franchise, both of which are in production.

Puck’s report also mentions that Rogue Squadron was actually delayed due to “creative differences” and not scheduling conflicts. The report claims that Lucasfilm and Jenkins could not agree on the script. Puck claims that multiple high profile creators wanted to work on Star Wars projects, but when they sign of they experience micromanagement which causes issues. The Puck report also claims that Rian Johnson’s trilogy has been shelved, which has been claimed every six months since the announcement it seems, and last we heard from Rian regarding the films was earlier this year where he said the films were still planned.

If 2024 is indeed Kennedy’s final year, I’m sure she can look back at her time as Lucasfilm president as a massive success having four hugely successful Star Wars movies under her belt, helping with the launch of Disney+ by producing arguably their most popular series, bringing back two dormant franchises and giving fans multiple live-action series including series focusing on fan favourites such as Obi-Wan Kenobi, Boba Fett and Ahsoka Tano.