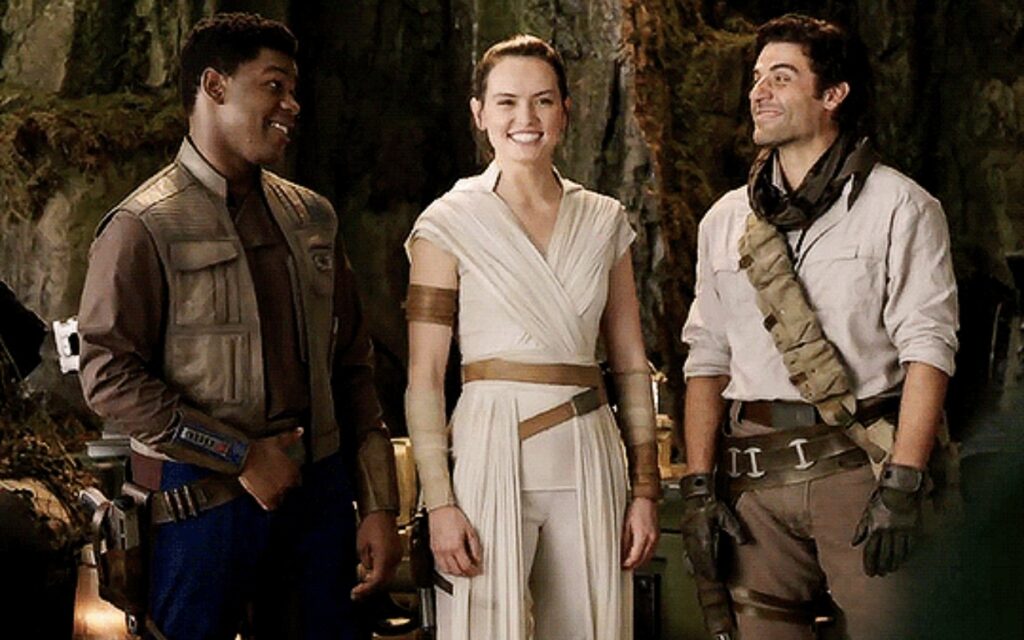 During a chat with Empire Magazine, Lucasfilm president, Kathleen Kennedy, has teased the return of sequel trilogy characters in future projects.

When speaking with Empire Magazine for their latest issue, on sale November 25th, Kennedy when asked about the sequel trilogy characters possibly featuring in future stories said, “Certainly. Those are not characters we’re going to forget. They will live on, and those are conversations that are going on with the creative team as well.”

Kennedy didn’t specify if the those conversations were in reference to animated or live action projects, but the question arose when discussing live action series such as Obi-Wan Kenobi, Andor and the “Mando-verse”.

Back in 2020 during an interview with Jakes Takes, John Boyega said that he’s “open to the conversation as long as it’s Kathy [Kennedy] and JJ [Abrams] and maybe someone else, you know the team then you know it’s a no brainier” when asked about possibly returning as Finn in future Star Wars projects. During an interview with IndieWire later in the year, Boyega said that he was a big fan of the Star Wars projects on Disney+ and would like to see Finn’s story arc be completed on TV, “If they could do it all in TV, I would love to watch it.” However Boyega did not want to return in live action, suggesting that he’d like the series to be animated as, “You could do it all from home”. Boyega was previously outspoken during the press run of The Rise of Skywalker about not wanting to star in a series on Disney+ infamously saying, “You ain’t gonna Disney plus me.” Since the release of The Rise of Skywalker, Boyega has starred in the BBC mini-series, Small Axe and most recently in the critically panned film, Naked Singularity.

Oscar Isaac has been less open to returning to the Star Wars universe. During a Deadline panel talking about his film The Card Counter in the summer of 2020, Isaac was asked about returning to the Star Wars franchise and said, “If I need another house or something.” Even during the press run for The Rise of Skywalker, Isaac was asked by Collider about returning to Star Wars for a Disney+ series, to which Isaac gave the blunt, “Nope”. Isaac seems to have no issues with TV series as he recently wrapped production on the Disney+ series, Moonknight, for Marvel Studios which will release on the streaming service next year. Isaac also starred in the HBO series, Scenes From a Marriage alongside Jessica Chastain earlier this year. Since the release of The Rise of Skywalker, Isaac has starred in two critically acclaimed films, the aforementioned The Card Counter and the sci-fi epic, Dune.

Lead of the sequel trilogy, Daisy Ridley, has been the most open about a return to a galaxy far, far away. Ridley has been open about struggling to find work since the release of The Rise of Skywalker, mostly doing voice work since and recently starred in the box office bomb, Chaos Walking, earlier this year alongside Tom Holland, but the film was shot before the release of TRoS. Last month Ridley revealed that she’d recently met with Kathleen Kennedy for breakfast, but didn’t go into detail regarding the meeting. In the April issue of Empire Magazine, Ridley said that she believed Rey’s story was finished “for now”, but said “never say never. I’m always open to a revisit” regarding future stories starring Ridley as Rey Skywalker.