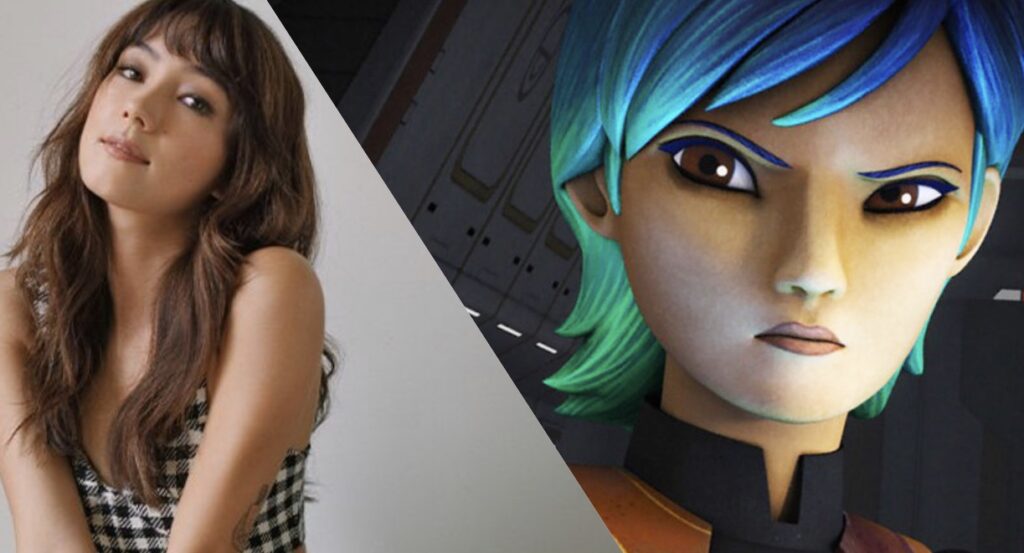 After months of speculation, Sabine Wren, has finally been cast in the upcoming live-action Ahsoka series for Disney+.

Deadline are reporting that Natasha Liu Bordizzo has been cast as Sabine Wren in the Ahsoka series and that the role is considered a lead. Unfortunately Deadline were unable to provide any additional details on the series, but did mention that Ahsoka is actually a limited series just like Obi-Wan Kenobi and unlike The Mandalorian.

Bordizzo is best known for starring in the Netflix series, The Society and starring alongside Daniel Radcliffe in Gun’s Akimbo. Bordizzo was most recently seen in Amazon’s The Voyeurs alongside Sydney Sweeney (Euphoria) and Justice Smith (Detective Pikachu).

Bordizzo will star alongside Rosario Dawson in the titular role of Ahsoka Tano and Hayden Christensen, who was recently confirmed to be reprising the role of Anakin Skywalker by Dawson herself. Previously it was reported in August by The Hollywood Reporter that Lucasfilm had begun the search to find their live-action Sabine Wren and shortly after various rumours claimed that Lana Condor (To All The Boys), Havana Rose (Mayday) and Tati Gabrielle (You) were on the shortlist for the role with the latter recently appearing on Production Weekly sheet for Ahsoka.

Fans are eagerly anticipating casting announcements for Ezra Bridger and Grand Admiral Thrawn. Both were last seen in the season finale of Star Wars: Rebels being taken to an unknown part of the galaxy by the Purrgil. Tano and Wren in the final scene of Rebels set off on a quest to find their friend, Ezra and Ahsoka was clearly still on her quest in the second season of The Mandalorian attempting to track down Thrawn.

All year Mena Massoud has been rumoured to be cast in the role of Ezra Bridger and Massoud himself triggered speculation in March when he shared an image of himself and used a quote from Bridger in the caption, “Hey. Just so you know, when I escape I won’t hurt any of you.” Massoud spoke with Screen Rant in September regarding the post and couldn’t say much regarding the rumoured casting, “Yeah, just manifesting you know. Just manifesting. Trying different things. Yeah, there’s not much more I can say about that. You know I had heard murmurings that this role was coming up and this was a real thing so I just wanted to throw my name in the ring and just part of manifesting what you want.”

Now with one of the key roles in Sabine Wren being cast, hopefully we’ll get more casting announcements in the coming weeks and months ahead of filming kicking off in March.

Congratulations Natasha Liu Bordizzo and welcome to a galaxy far, far away.