Unannounced Star Wars film rumoured to be shooting next year 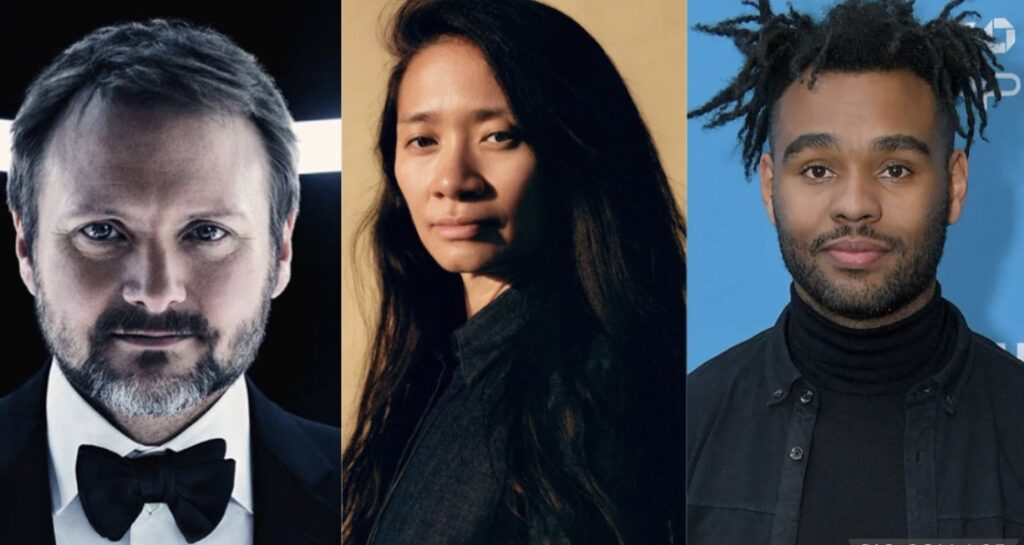 According to BigScreenLeaks, an unannounced Star Wars movie begins filming next year.

Friend of the site, BigScreenLeaks, took to Twitter today and claimed that a Star Wars film begins shooting next year and it’s not Star Wars: Rogue Squadron, Taika Waititi’s film or Kevin Feige and Michael Waldron’s movie. You may be thinking this is very weird, how is a Star Wars movie on the verge of filming and the public know nothing of it? Is it true? Well I personally do not know, but I do know there’s a Star Wars film shooting in the United Kingdom next year from my sources.

As for the source of this rumour, BigScreenLeaks, you may be wondering about their credibility, so I’ll say this…outside of my own exclusives, I only cover rumours and reports from outlets and people that I consider reliable. BigScreenLeaks were first to reveal a trailer for The Book of Boba Fett would debut this week and I know that they’ve been releasing accurate information on Spider-Man: No Way Home, so it’s not just some random Twitter user or an outlet that just throws everything at the wall and hopes something sticks. As with any rumour, it may not be legitimate, but I do respect BSL and don’t consider this throwaway.

Now you may be wondering, what could this film possibly be? As we know, the next Star Wars film slated to be released is Star Wars: Rogue Squadron in December 2023 and that will be followed by Waititi’s film in 2025 and Feige’s film in 2027. So let’s look back on other projects supposedly in development at Lucasfilm from reliable outlets.

Let’s kick things off with what I think is the most likely. J.D. Dillard and Matt Owens Star Wars project first reported by The Hollywood Reporter in February 2020. THR claimed that the duo were tapped by Lucasfilm to develop a film, but at the time Lucasfilm didn’t know if the project would be for a theatrical release or a Disney Plus release. Insiders told THR that it was unclear if Dillard would direct the film if it was to go forward. J.D. Dillard is best known for directing the films, Sweetheart and Sleight. Dillard is currently in post production on his next film, Devotion starring Jonathan Majors and Glen Powell. Owens is best known for writing the Netflix series Luke Cage and Agents of SHIELD and is currently penning the Netflix live-adaptation of beloved anime One Piece.

In October Disney revealed that streaming had become top priority for the company and have been developing films exclusively for Disney+. Rival services such as HBO Max have already confirmed they’re developing movies exclusively for their service based off of one of their biggest franchises, DC Comics, including movies for Batgirl and Blue Beetle and other services are doing the same. It wouldn’t be a shock if Disney began developing movies from their biggest franchises to be exclusive for Disney+.

Next up, Chloe Zhao. Zhao is currently in the middle of promoting her latest flick, Eternals for Disney and Marvel Studios. Zhao has a great relationship with Disney having released Eternals and the Academy Award Winning Nomadland for Disney. Last month during an interview with Empire Magazine, Zhao mentioned Star Wars being close to her heart several times which prompted the interviewer to ask the director if she’d like to work on a Star Wars film, to which Zhao responded, “Hmmm. I have to tread very carefully with what I say here. [laughs] Yes. Let’s just say, it’s a world I have so much reverence for because it was such an important part of my life.”

Many fans found it interesting that Zhao had to remain tight lipped and had to “tread very carefully”. The implication being either Zhao has or is having discussions with Lucasfilm regarding the possibility or something is already in the works she can’t talk about. Given Disney’s relationship with Zhao and Lucasfilm president Kathleen Kennedy wanting more female directors to work on Star Wars projects, it wouldn’t be surprising to discover Zhao has something coming down the pipeline.

Last, but not least…Rian Johnson. The Last Jedi director was confirmed to be developing a brand new trilogy in the Star Wars universe for Lucasfilm back in 2017. It’s been four years with little movement and the project surprisingly hasn’t been cancelled by Lucasfilm and Disney. Back in February this year, Johnson confirmed in an interview with Sarah Wilson that his Star Wars films were still on, but due to him having other commitments there’s no dates or timelines as to when they’ll happen. Johnson is currently in post production on his Knives Out sequel due for release next year and is developing a third entry of the series and working on a TV series, Poker Face. You’d imagine Johnson will see out those commitments before delving into his Star Wars project, if it’s not cancelled, and we likely wouldn’t see the results until after the release of both Taika Waititi’s film and Kevin Feige’s.

If this rumour pans out to be true, the greatest chance is that it’s a completely unknown project and none of what I listed above, but I don’t think what I wrote should be instantly dismissed. Only time will tell if the rumour turns out to be true, but hey I’m all for more Star Wars.