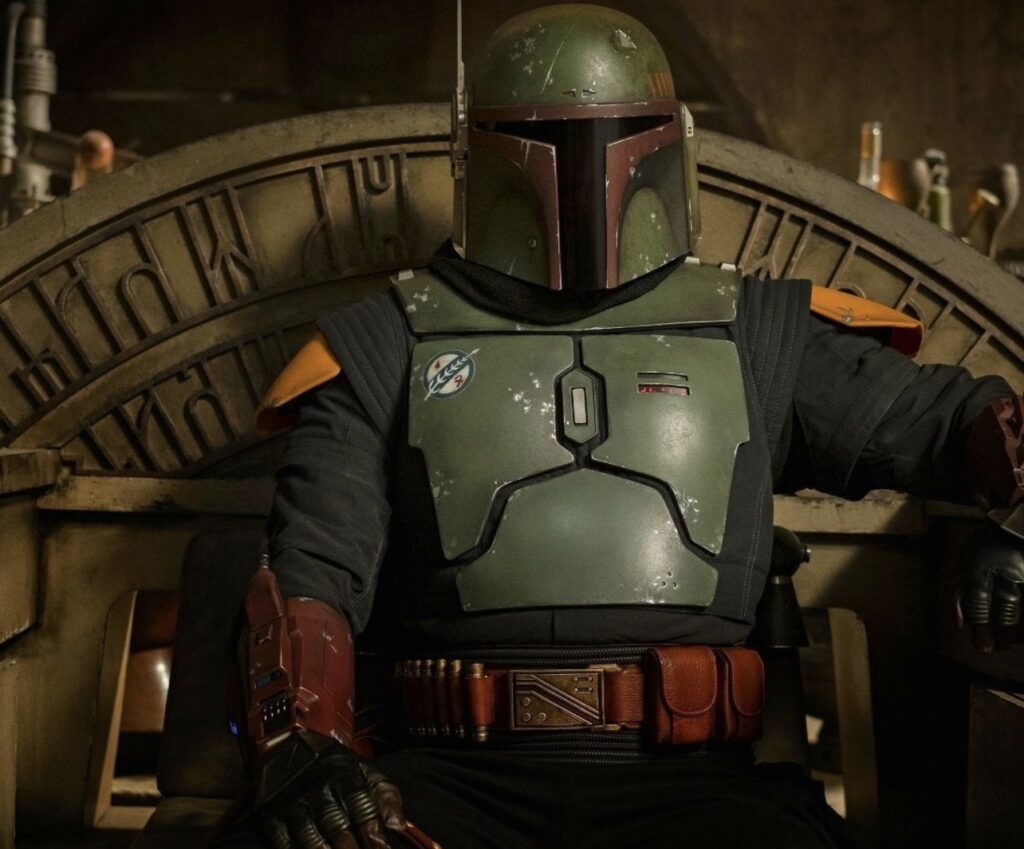 According to a new report from The Hollywood Reporter, all the footage that’s been released for The Book of Boba Fett are from the opening minutes of the first episode.

THR go on to say that the trailers and promotional teasers that have been released over the past six weeks have felt, “less than epic”, due to the producers of the series, (Robert Rodriguez, Jon Favreau, Dave Filoni and Kathleen Kennedy) deliberately restraining what the audience can see as the second half of the debut episode “gives so much away” according to director Robert Rodriguez.

Favreau, Filoni and Kennedy are no strangers to keeping their cards close to their chests. Remarkably the team managed to conceal Grogu during production on the first season of The Mandalorian, and didn’t include the child in any marketing or merchandise until the series had debuted. Once again the crew kept the monumental secret of Luke Skywalker appearing in the second season of Mando despite multiple leaks including the return of Boba Fett, Ahsoka Tano, Migs Mayfield, Fennec Shand and Bo Katan Kryze, along with Cob Vanth being introduced in live-action and the casting of WWE superstar, Sasha Banks and the entire plot of The Jedi, including Grogu’s name.

Rodriguez, who previously stated that the series will over deliver, went on to say, “Things turn up you don’t expect, you see things we couldn’t believe we got to do. Every episode has big surprises.” THR added that the producers of the series seemed to hint at some familiar faces and helmets may show up in the show.

At this time many characters have been rumoured to appear including Han Solo, Luke Skywalker, Din Djarin, Jabba the Hut, Darth Vader, Grogu, Cad Bane, Chewbacca, Dengar, Bossk and more.

The Book of Boba Fett is set to hit our screens on December 29th, exclusively on Disney+. The Mandalorian spin-off has been directed by Robert Rodriguez (Alita: Battle Angel, From Dusk Till Dawn), Dave Filoni (The Mandalorian), Bryce Dallas Howard (The Mandalorian), Steph Green (Watchmen, The Americans) and Kevin Tancharoen (Titans, Agents of SHIELD). The writers of the series have not been revealed at this time.