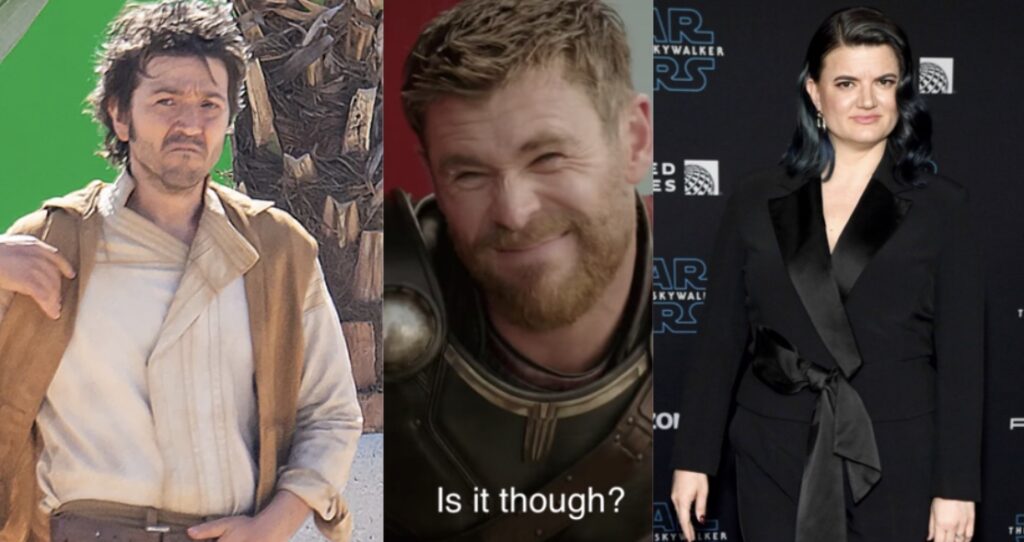 According to a new rumour, a Star Wars project has been quietly filming at Pinewood Studios in England for over a month.

The rumour comes from FanthaTracks who have notably revealed production names for Lucasfilm projects in the United Kingdom and have done dating back to the sequel trilogy. This information is available publicly and can be worked out if you know who to look for, and where to look. However Tracks have been genuinely great on keeping tabs on such information and developments.

FanthaTracks are reporting that a mystery Star Wars project (they don’t state if it’s TV or film related) has been filming at Pinewood Studios secretly for over a month. Tracks provide no evidence for viewers of the article, but added that they’ve seen evidence themselves of a significant spend by a Lucasfilm production that isn’t something already filming in the United Kingdom that the public know of (Willow, Indiana Jones 5) and that the sets are “unfamiliar” with a “fresh look”. Tracks then go on to speculate on what the production could be based off of the handful of production companies publicly available that Lucasfilm have set up in the United Kingdom such as This is Fine (UK) Limited, Series III Productions (UK) Limited, Ghost Truck 6 (UK) Limited, Blue Stockings (UK) Limited and Ace of Hearts (UK) Limited, along with the series and films that have previously been announced by Lucasfilm and Disney.

It’s worth noting that in February 2019, FanthaTracks had a similar report claiming that a Star Wars TV series was already in production in the United Kingdom. This was based on the discovery of the company Series III Productions (U.K.) Limited. They also mentioned E&E Industries (U.K.) Limited, which they reported was for the first film in Rian Johnson’s trilogy, but it was ultimately used for Andor. However no Star Wars project after The Rise of Skywalker began filming until November 2020 on Andor after several delays along with stop and starts on Kenobi pre-production. The difference here is that Tracks are implying they’ve seen sets.

Personally I wouldn’t run wild with this one just yet internet. Don’t get all excited believing there’s a Star Wars project secretly filming in the U.K. currently, there’s a chance of course, but also as I’ve outlined above, there’s also a very good chance the spending is just for pre-production or even pre-production on a project that had plans changed. Obviously I would love there to be a Star Wars project already filming in the United Kingdom, and I would follow it closely as I did for Andor, and The Rise of Skywalker. However I’m keeping my expectations low for now, as I suggest you do.