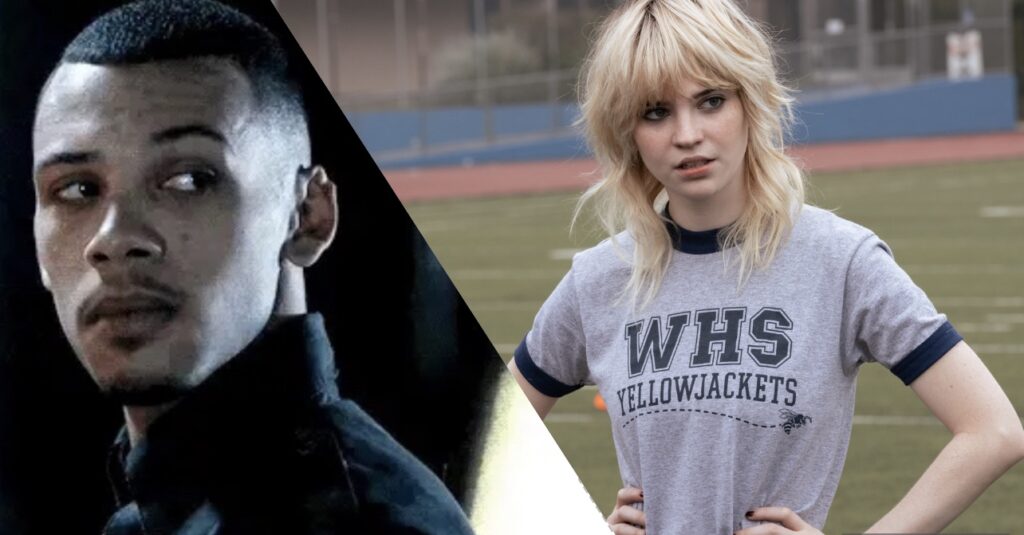 Around thirteen months ago it was reported by The Direct that Bolger was in talks, if not already signed on, to star in The Book of Boba Fett. The Illuminerdi with their access to casting grids reported that Fett, codenamed Buccaneer, was looking to cast an 18-24 year old British male with the codename Skad in a supporting role. Skad was said to be part of a street crew and is edgy, resilient and defier of authority. This was supposedly the role that Bolger had signed on for.

During the time Lucasfilm were also looking to cast another member of the street crew, this time looking for an 18-24 year old British female codenamed, Drash. Drash like Skad is a supporting role and is also described as a defier of authority as well as being cool, self-assured and in need of refinement. The role was reportedly offered to Yellowjackets star, Sophie Thatcher.

In the Fett teaser dubbed The Return, we once again get a look at this gang chasing down a speeder and a female member of the gang can be seen on a speeder bike/vesper like vehicle. This is likely the role of Drash if Bolger has been spotted and is playing Skad. Thatcher during the filming of The Book of Boba Fett dyed her hair to a darker colour, similar to that of the biker, from her usual blonde look. Thatcher died her hair dark in October 2020, one month before cameras were rolling on Fett, before dying it back blonde in April, likely sometime after she’d finished filming for The Book of Boba Fett.

There’s also been some confusion as to where the roles of Skad and Drash would end up. Murphy’s Multiverse, who have an incredible track record regarding Marvel Studios, and exclusively reported that Peyton Reed (Ant-Man) would be directing episodes of The Mandalorian season two, said that per their sources, the roles of Skad and Drash were actually for the third season of Mando, and not for Fett. However the recent teasers seem to back up the initial reports.

Jordan Bolger is best known for starring in The CW’s The 100, as well as the hit BBC series, Peaky Blinders. Most recently Bolger starred alongside Chloe Grace Moretz in Tom and Jerry. He also recently wrapped production on The Woman King in which he’ll star alongside Finn himself, John Boyega, along with Viola Davis (The Suicide Squad) and Lashana Lynch (No Time to Die).

Sophie Thatcher is currently starring in the hit Showtime series, Yellowjackets and it’s likely the content she’s best known for currently. Thatcher also starred alongside The Mandalorian himself, Pedro Pascal, in the movie Prospect and also starred in The Exorcist TV series.

You can check out the latest teaser for The Book of Boba Fett below.