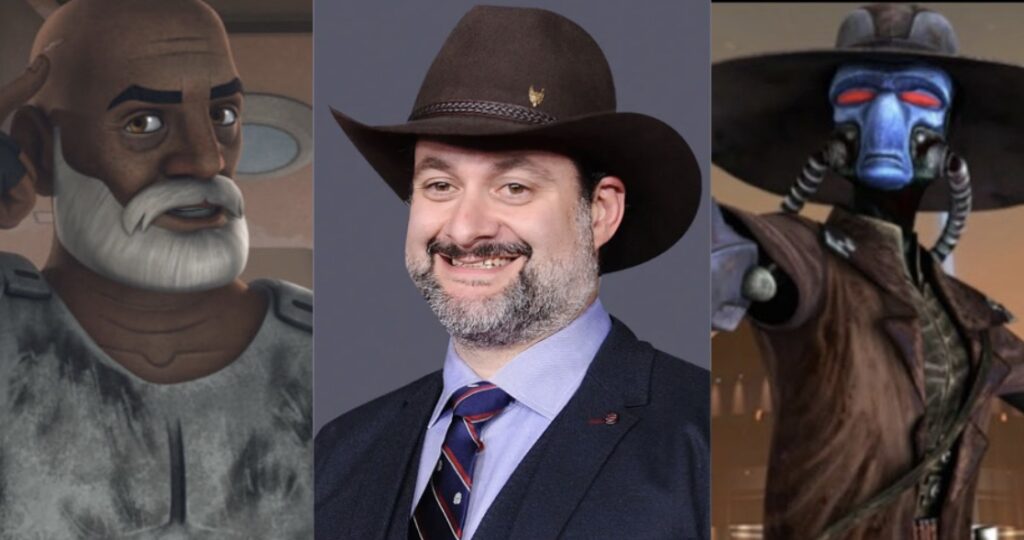 It’s been known for quite some time that Filoni was directing at least one episode of Fett, though it was unclear as to which until recently. According to a production listing released by Disney, Filoni is handling the sixth episode and is credited as the lead writer. Jon Favreau has been the lead writer on The Book of Boba Fett episodes that’s released, and is expected to be for the ones that follow (excluding episode six). Though Filoni helps writing each episode, it’s only episode six that he’s credited as the lead.

During season one of The Mandalorian, Filoni wrote one episode and directed two. Filoni wrote Chapter 5: The Gunslinger, which without doubt was the most disliked episode of the first season, but it was the episode that teased the return of Boba Fett. Filoni then stepped in to write and direct one episode of The Mandalorian season two, Chapter 13: The Jedi, which brought Ahsoka Tano into live-action, the character he helped create alongside his mentor George Lucas for Star Wars: The Clone Wars and he continued to write and develop Ahsoka for many years after.

Filoni’s heavier involvement with the penultimate episode of The Book of Boba Fett has led fans to hope and speculate that we may get the debut of some fan favourite characters in live-action, with most speculating about the possibly of seeing either Cad Bane or Captain Rex. Bane seem’s like the most obvious and fitting choice given that Fett is attempting to unite the crime syndicates on Tatooine and is already facing difficulties. In the debut episode of Fett, Boba and Fennec Shand were attacked by a group of assassins, with the one surviving member claiming to have been hired by Mok Shaiz, which he denies and I personally believe him. The second episode also saw the arrival of the Hutt twins, who believe they should be in line to take over Jabba the Hutt’s empire, and in tow they had the bounty hunter Black Krrsantan.

It feels as if the introduction of Krrsantan is inevitably going to lead to a fight with Fett, and if Fett comes out victorious (you assume he will) then who’s to say the Hutt’s won’t hire another bounty hunter, possibly Cad Bane. Or perhaps whoever hired the assassins that attacked Fett and Shand in the debut episode may hire Bane to finish the job. Bane is a character that Filoni once again helped to create, and was a sort of mentor figure to Fett during The Clone Wars. Filoni originally intended to have a stand-off between Fett and Bane in the original seventh season of The Clone Wars, where it’s assumed Bane would’ve died. However The Clone Wars was cancelled after its sixth season, and the episode was scrapped when The Clone Wars returned for its seventh season many years later. Could the reason for Filoni and Lucasfilm scrapping plans for the Fett/Bane stand-off to feature in the final season of The Clone Wars be because they had plans to showcase the showdown in live-action?

The second most speculated option is an appearance by Captain Rex. Again, Filoni helped create the character in The Clone Wars and he’s since gone on to feature in Rebels and The Bad Batch. The reasoning for Rex appearing would be more questionable than a Bane appearance, unless the appearance was to feed into the third season of The Mandalorian or more likely, Ahsoka. The inclusion of Rex could open the door for other Clones appearing down the road, most likely played by Boba Fett himself, Temuera Morrison.

It’s worth mentioning that in a supposed leak on 4chan weeks ago, both Bane and Rex would feature in the series. The ‘leak’ claimed that Qi’ra and Crimson Dawn would be revealed to be the big threat of the season and would be attempting to establish a foothold on Tatooine, with Qi’ra sending various bounty hunters after Fett, with the final bounty hunter being Cad Bane. The ‘leak’ claims Rex would appear with Echo to meet with Fett, but leave due to the difficulties Fett is facing on Tatooine, but Rex later returns with Din Djarin who asks for Fett’s help to take back Mandalore. Currently it’s unclear if the supposed 4chan leak is accurate.

The final character some of the fandom are speculating over is Omega. Omega has only appeared in The Bad Batch, but like Boba, she too is an unaltered clone of Jango Fett, making her a sort of sister to Boba. During the second episode of The Book of Boba Fett, a rendition of Omega’s theme can be heard at 36 minutes and 31 seconds. Personally I find this option the least likely of the three, but with Jon Favreau and Dave Filoni overseeing the series, it’s unlikely to be a coincidence. Having Omega be introduced during this season feels unlikely, unless it’s a tease at the end. An Omega appearance in a future season seems far more likely to me personally. It’s also worth noting here that it’s not the first time during The Book of Boba Fett that a rendition of a familiar theme has played, as the Crimson Dawn theme can be heard in The Book of Boba Fett main title theme.

Personally I’d love an appearance from Cad Bane, and he’s been rumoured previously. I’d more so love Qi’ra as I’ve wanted much more of the character since her appearance in Solo: A Star Wars Story, and a Qi’ra appearance gets us even closer to an appearance by my beloved Ochi of Bestoon, who has previously worked with Crimson Dawn.