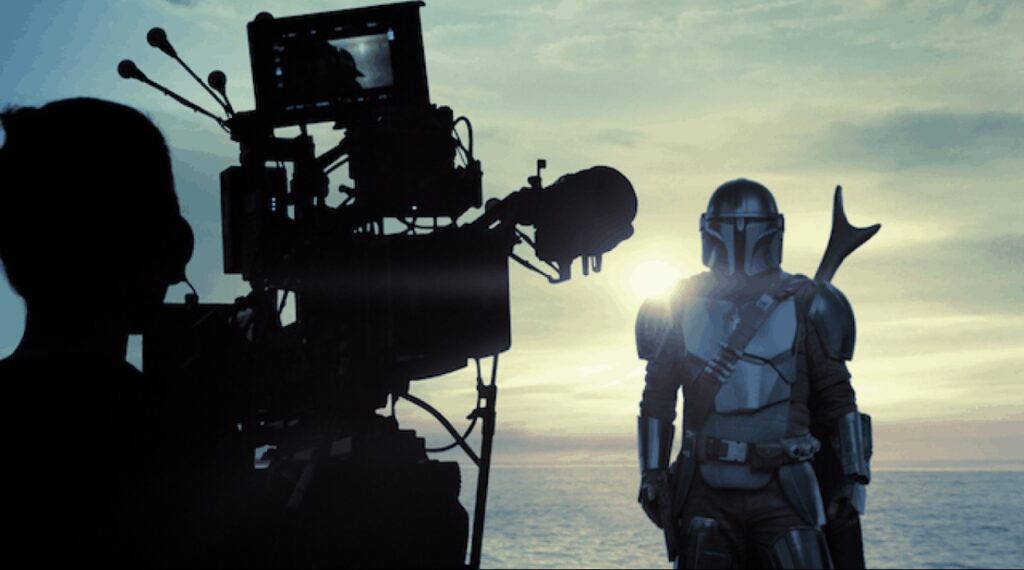 Last week filming on The Mandalorian season three was set to resume following the holiday break. However when I spoke to sources early last week they informed me that the cast and crew had not returned to production due to the rise in COVID-19 cases in Los Angeles spearheaded by the Omicron variant, and that the hopes were to return to work this week. Once again I reached out to my sources earlier this week for an update and was unfortunately told filming had still yet to resume on the series and that no hard return date had been determined, but the crew were on standby.

I was told that the pause wasn’t due to cast or crew members contracting the virus, but the decision was made, “to be on the safe side” due to rising cases in the area. However with Omicron running rampant across the globe, more and more productions are being hit with pauses due to outbreaks with Star Trek: Picard being the most high profile case recently, and I’ve been told more productions have also hit the pause button that aren’t publicly known at this time.

The Mandalorian season three reportedly began production in late September at Manhattan Beach Studios, and was scheduled to wrap in early March. Currently there’s no telling if Mando will still wrap on time, but you’d assume not, and with Ahsoka supposedly due to begin filming in March, there’s a good chance that schedule gets impacted by the delay on The Mandalorian’s filming plans. Ahsoka like The Mandalorian is due to film at Manhattan Beach Studios, as well as the train yard location in El Segundo.

Lead on The Mandalorian, Pedro Pascal, was rumoured to film scenes on season three between gaps in his schedule for The Last of Us series for HBO, but with the delayed return of filming, it is unclear at this time of Pascal has managed or will manage to film. The Last of Us began filming in July last year, and is scheduled to wrap in June. Cast and crew on the HBO series began returning to Canada to resume filming last week, but there was no mention of Pascal. The Last of Us is rumoured to currently be filming scenes from the Left Behind DLC from the first game, which Pascal and his character of Joel will not be needed for.

It’s also worth mentioning that cinematographer David Klein, who previously worked on both The Book of Boba Fett, season two of The Mandalorian, and is working on Mando season three, appeared on Fatman Beyond over the weekend to discuss his work on The Book of Boba Fett. During the chat Klein reveals he’s receiving text messages to return to set, with the hosts mentioning once he exists the interview that he was in his production office which is next to the volume. It’s possible that perhaps Klein is there to work on the volume, which he mentions in the interview is an extensive experience, ahead of filming resuming, or even maybe the production is operating with a skeleton crew.

Safety of the cast and crew working on The Mandalorian is paramount, and I’m very happy to hear Lucasfilm and Disney putting the well-being of their staff first. The Mandalorian season three is rumoured for a late 2022 release, and I doubt the delay in production will hinder the release window. The Book of Boba Fett for example only wrapped in June, and managed a fast turnaround releasing its debut episode in late December.

If you want to support my work, you can do so by tipping me on my Ko-Fi page.

I’ve been running Bespin Bulletin for five years, and have been reporting exclusive content for four years and I’ve never had this happen to me previously.

As my initial report stated, two separate sources had told me that filming had yet to resume on The Mandalorian season three following the holiday break. These sources have been extremely trustworthy in the past, providing accurate start and wrap dates for various productions, insight into what’s being worked on with evidence, details on series that have proven true and more. However a newer source, also connected to the production, told me that they were in-fact filming following my report. The source told me details on the latest episode of The Book of Boba Fett multiple hours ahead of it airing, none of the details were previously rumoured or online, and their information proved to be correct.

What does this mean? I don’t know…the information is conflicting, but perhaps we assume situation normal. I know some fans and readers may be annoyed – I get that, and I apologise. I too am frustrated. I’ve always worked hard to provide accurate, multi-sourced reports, and have prided myself on my reputation and having a very good track record. Many will choose to forget the accurate information I’ve provided over the years, and instead will solely focus on the blemish. I’ll continue to strive to be a valuable and trustworthy source of information, and I will own up to any mistakes I make.

StarWarsNewsNet are reporting that a source of theirs have informed them The Mandalorian season three is currently filming.