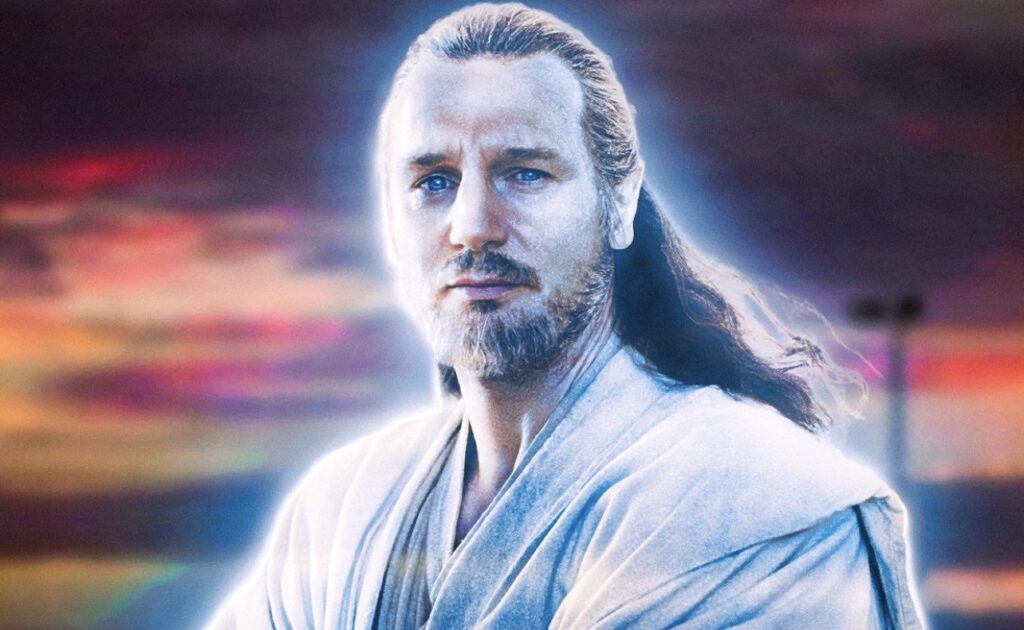 Since rumours of a Kenobi series began many years ago, one name that kept popping up from fans was that of Qui-Gon Jinn, the former master of Obi-Wan Kenobi. Many have speculated and wondered if Qui Gon would appear in the series, and until now nobody has had the answer.

I was planning to do an exclusive report on the appearance of Qui-Gon Jinn in the Obi-Wan Kenobi series in a few weeks time, once I’d hopefully got more information on the matter. However my hand has been forced a little as MakingStarWars recently revealed on Star Wars Santa that he’d heard Jinn was making an appearance in the series, but didn’t specify if it was a physical appearance or just a voice. I can exclusively add this – I was told from a trustworthy singular source that Qui-Gon Jinn would be seen as a force ghost at some point during the limited series, and not just a disembodied voice us fans previously heard in Star Wars: The Clone Wars.

What Qui-Gon says and does, I do not know. As I mentioned above, the information came from a singular source and I was waiting for more information before reporting on anything that I’d heard. Though an appearance from Qui-Gon Jinn seems obvious, it’s still an exciting development in my opinion.

The return of Qui-Gon likely isn’t that much of a surprise to fans, but I’m pretty sure Jinn isn’t the last of returning characters in Kenobi which airs in just under three months time exclusively on Disney+.

Elsewhere MakingStarWars reported that the opening of Kenobi will start with his message to surviving Jedi that we’ve seen in past series such as Star Wars: The Bad Batch, and Star Wars: Rebels. He also added that he believes the name of the third sister, played by Moses Ingram (The Queen’s Gambit), is Reva, and that the second episode would see Obi-Wan meeting Kumail Nanjiani’s character who points him in the direction of a spice-den where a young Leia Organa is being held captive.

April 8th, 2022 – UPDATE: In an effort to promote a charity stream for Take This, MakingStarWars is reporting Jinn appears as a voice to Obi-Wan during during his second and final fight with Darth Vader in the series. Jinn encourages and inspires Kenobi to victory, but we don’t see him during the final confrontation. During later scenes in the sixth episode, Jinn finally appears to Obi-Wan as a force ghost (backing up my report that Jinn would show up as force ghost) and not just a disembodied voice. Kenobi asks what took his master so long, but Jinn reveals he has been with Obi-Wan the entire time.

If you want to keep up to dates with the latest leaks, news, reputable rumours, and my exclusive reports, be sure to sign up to my mailing list below, and if you’re a fan of my work and would like to show your appreciation, you can tip me on my Ko-Fi page here.