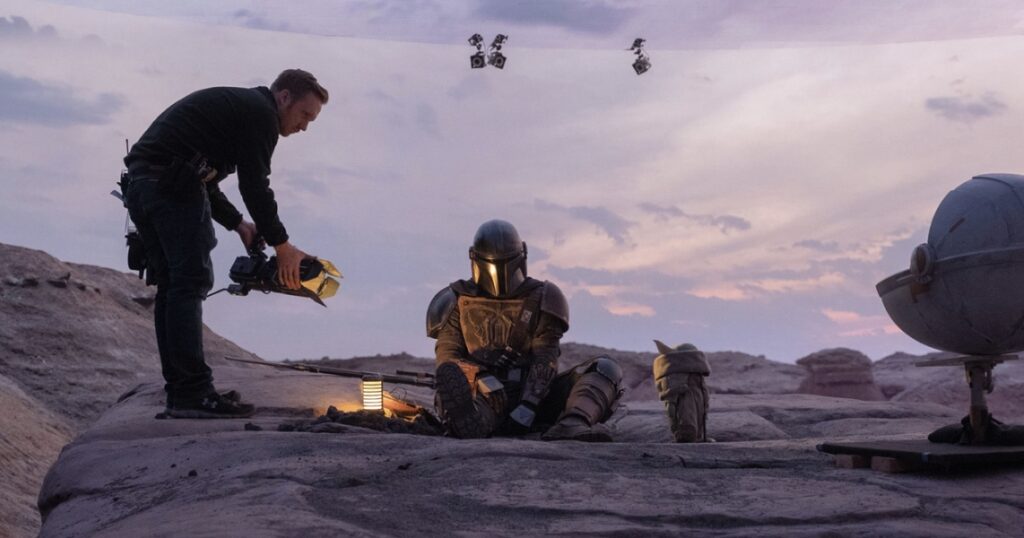 Members of The Mandalorian season three costume department have wrapped according to an individual crew members Instagram post. Costume designer on The Mandalorian, Amanda Ramirez shared a patch for the third season along with a slew of photos featuring other members of the costume department and captioned the collection of images, “That’s a wrap from a galaxy far far away. Thanks for having me this season; it was an absolute adventure. Can’t wait for the next one.” Ramirez later deleted the post and made her account private, but you can see a singular image from the initial post below which features The Mandalorian season three patch gifted to the costume department.

Amanda’s “Can’t wait for the next one” quote is more than likely referring to Ahsoka which is slated to begin filming late April (which I previously reported here) and I was told a lot of the team that worked on the third season of The Mandalorian would work on the Ahsoka series, with some even moving on to the High Republic era series codenamed Grammar Rodeo, which I recently exclusively revealed has started pre-production in Culver City, California ahead of its June start.

It’s also possible the crew member could be referring to a fourth season of The Mandalorian, but currently it’s not known if or when a fourth season will begin production, but Giancarlo Esposito did previously mention plans for a fourth season as he told People, “I think this show is going to lay the ground work for the depth and breath that’s gonna come in season 3 and season 4, where you’re really gonna start to get answers.”

Just last week The Mandalorian quickly set up a new set at the train yard in El Segundo after taking down a cave set that I’ve previously reported on. I’ve got no details as to what was shot last week, but I managed to get a snap of a part of the set that was being put in place which looked like a climbing wall and it was surrounded by blue screens. Another piece of the set at the train yard was part of a ship, but that set piece has been at the location for months and first appeared alongside a campsite. You can see the images below.

You’d assume Lucasfilm are in no rush to start production on the fourth season given the slew of Star Wars projects filming this year. Ahsoka kicks things off in late April, and Grammar Rodeo begins filming in June as I previously mentioned. Both shows are slated to film in California with the vast majority of the productions taking place at Manhattan Beach Studios. The Acolyte is slated for a start this May in the United Kingdom, though things have gone suspiciously quite on the series, and a second season of Andor is gearing up for a Fall shoot, also in the United Kingdom.

The Mandalorian was initially slated to wrap in early March, but evidently the shoot went on a bit longer than initially expected. Mando typically wraps in February or March following a Fall start on the production. The Mandalorian has generally released eleven to thirteen months after the season initially begins filming, and with season three starting in very late September, fans are crossing their fingers for a late 2022 release.

I’m sure we’ll get official word once the season has officially wrapped up, and i’m hopeful that we’ll get to see the season before the end of the year, and would expect Lucasfilm to give some official word at Star Wars Celebration in just two months time. I’m also currently sitting on information on the third season which I’ll release soon so stay tuned.