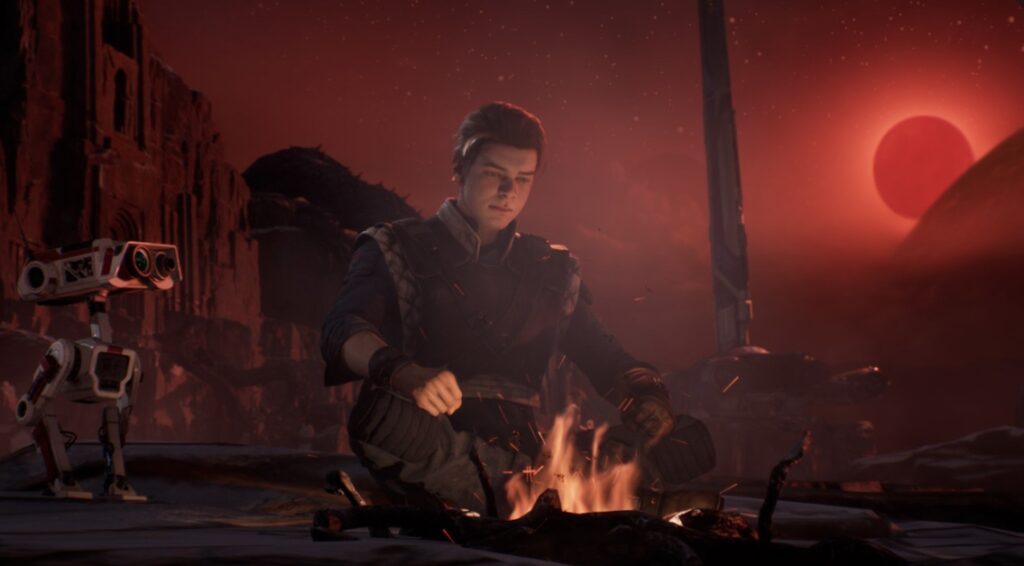 In a recent article from Hits Double Daily, it was revealed that composer for Star Wars Jedi: Fallen Order, Gordy Haab, is currently working on music for an untitled Star Wars video game at Abbey Road Studios, London.

The article showcases a newly released picture featuring Haab alongside yoga teacher Brigitte Bedi-Schnur, actress Patricia Heaton (Everybody Loves Raymond), video game director David Hunt, conductor Gavin Greenaway, Lucasfilm’s Douglas Reilly, EA music head Steve Schnur, and engineer Alan Meyerson. The most interesting people of note that points to this session being for the Jedi Fallen Order sequel is Haab, who composed the initial game, Greenaway who also worked on Fallen Order and Schnur who cements the project being one from Electronic Arts, the publisher of the Star Wars Jedi franchise.

Back in January of 2020 I exclusively reported that EA and Respawn had begun work on the Fallen Order sequel with hopes of releasing the title in the Fall of 2022. In January of this year I also exclusively reported that the title was planned to be shown at Star Wars Celebration this May, and video game industry insider, Jeff Grubb, also revealed he’d heard the game would be shown before E3 2022 (before sometime in June), and just last week corroborated my report that the video game will be shown at Star Wars Celebration.

Back in January I added that according to what I’d heard, the plan was still to release the title in the Fall of 2022, but nothing was set in stone and that the team were taking it day-by-day. Grubb recently added this month that the sequel “probably” wouldn’t release until sometime in 2023.

However one questionable appearance in the image is that of video game director, David Hunt. Hunt is not the director of the upcoming Fallen Order sequel, that role lays with the director of the first game, Stig Asmussen. It’s possible Hunt isn’t part of these sessions and appeared to see his friends working close by, but that’s merely speculation. After all I’m assuming that Marilyn Monroe impersonator is not involved with the sequel in anyway.

I’m currently sitting on more news from The Mandalorian season three, as well as Andor information, so expect some updates from me very soon. If you want to keep up-to-date with the latest leaks, news, reputable rumours, and my exclusive reports, then be sure to sign up to my mailing list below. And if you’re a fan of my work and would like to show your appreciation, you can tip me on my Ko-Fi page here.