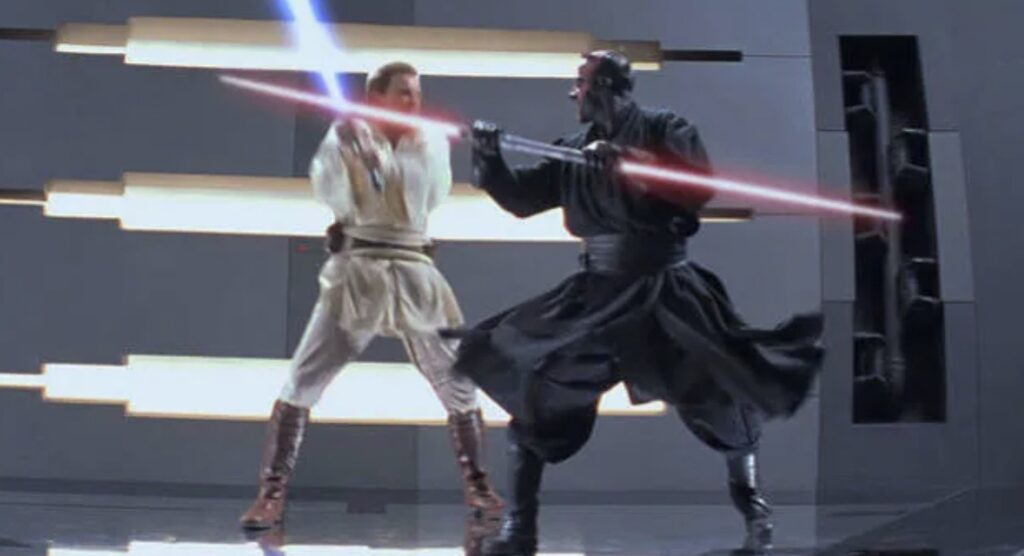 Earlier today The Hollywood Reporter reported that Darth Maul was originally set to be the main antagonist in the Obi-Wan Kenobi series. THR’s sources claim Maul was in position to be the lead antagonist, and that Ray Park had already began active preparations for the live-action return of Maul, before Lucasfilm made creative changes.

THR claim that Lucasfilm made a creative overhaul, something Kathleen Kennedy spoke about recently, which that left Maul out of the series, and brought Darth Vader onboard. The overhaul happened in January 2020, when Kennedy hit the pause button as she was concerned with the direction of the scripts with the Lucasfilm president stating the reason was she wanted the series to be more hopeful. It had previously been rumoured that the decision to overhaul the series was due to the series being too similar to The Mandalorian. However THR’s claims do support the previous rumour, and add to it greatly.

THR report that Deborah Chow took the scripts written by Hossein Armini (Drive, 47 Ronin) to The Mandalorian creators, Jon Favreau, and Dave Filoni, who were concerned with Kenobi treading similar ground to Mando, something that was previously rumoured. The duo reportedly pushed Chow to go bigger with the series, but ultimately the concerns made it to Lucasfilm higher ups who paused production and began a rewrite of the series, and hired Joby Harold (Army of the Dead, King Arthur: Legend of the Sword) for the job.

THR don’t add much as to what the original script entailed, but that it saw Maul hunting down Kenobi and Luke Skywlaker. They also report that Park was involved in stunt training, and onset for pre-production, with some even claiming that footage may have even been shot of Park, however it could’ve simply been test footage. THR say that Maul was pushed out when Dave Filoni keyed in on a way for Darth Vader to return, and also put a character he created, the Grand Inquisitor, into the series.

The Hollywood Reporter added that a Lucasfilm source of theirs denied the claims of their several other sources. Following the report, a Lucasfilm Creative Executive, Pablo Hidalgo took to Twitter to deny the report saying, “A brown sun rises. Bullshit has been spilled.” Hidalgo’s Twitter page is currently private, but the screenshot of the tweet was captured by the good folks over at StarWarsNewsNet, which you can see below.