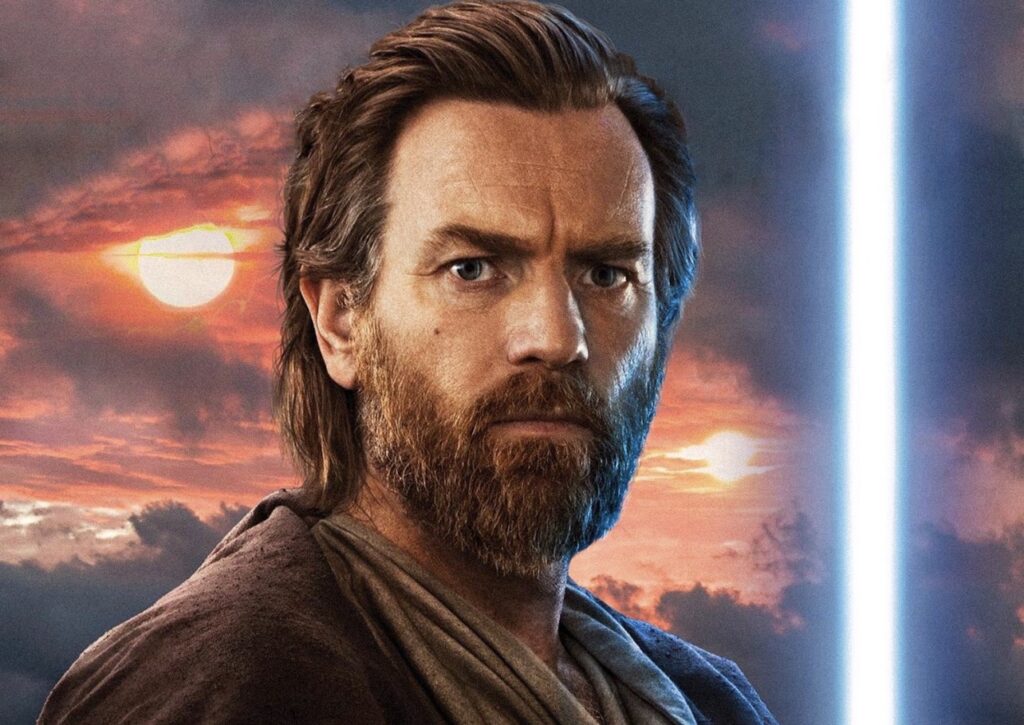 A surprise to be sure, but a welcome one.

Today fans were unexpectedly treated to Entertainment Weekly unveiling their latest cover featuring probably the most anticipated series of the year, Obi-Wan Kenobi, and released official stills from the Disney+ show alongside it. The reveal follows the activation of the official Obi-Wan Kenobi twitter account which fired off its first tweet today which reads simply, Hello there, on the day the first teaser trailer for the series is rumoured to debut.

The cover below showcases Kenobi looking pretty rugged, and sporting the look we saw in the official poster that released last month. Kenobi stands with a lightsaber ignited, but unlike the poster, the lightsaber appears to be his own, and that of his former fallen apprentice, Anakin Skywalker.

The image below is captioned, Trouble Around Every Corner, and we can’t quite tell if this is Tatooine, or some other location. Rumours suggest that Obi-Wan ventures off world to help rescue a kidnapped Leia Organa, and that she is held captive at some kind of spice-den. Ewan McGregor told EW, “We find Obi-Wan at the beginning of our story rather broken, and faithless, and beaten, somewhat given up.”

The second image appears to be linked to the first, and if so then we know that Kenobi is off-world on the planet Daiyu. Writer of the series, Joby Harold (Army of the Dead, Awake) says that Daiyu, “sort of has a Hong Kong feel to it. It’s got a graffiti-ridden nightlife, and is kind of edgy. It’s just got a different lane and a different feeling.” This leads me to wonder if Daiyu is the location little Leia is being held captive.

The image below captioned Caving In, features our hero alone in a cave which is where Kenobi resides in the series. At this point Obi-Wan does not have his homestead seen in Star Wars: A New Hope. It’s rumoured here Kenobi will meet Bail Organa, and communicate with the ghost of his former master, Qui-Gon Jinn.

The image below gives us our first look at Joel Edgerton returning as Owen Lars, and he comes face-to-face with Moses Ingram’s Inquisitor, named Reva. Ingram’s character has been rumoured to be an Inquisitor for quite sometime, and recently MakingStarWars reported that the character is the Third Sister, and was named Reva.

The following image, On The Hunt, features Reva on the streets of Mos Eisley. Ingram reveals to EW that she and the rest of the Inquisitors, which EW confirms includes the Grand Inquisitor – something we exclusively broke last month, have a common goal. Ingram says that the Inquisitors and Darth Vader are on the same team, but what stands out about her character is, “It’s all heart.”

The stills all appear to be taken from the first two episodes of the upcoming limited series. The Inquisitors led by the Grand Inquisitor are rumoured to arrive on Tatooine seeking out a Jedi and proceed to question civilians, with Ingram’s Reva supposedly taking matters to the extreme and uses her lightsaber to chop off the hands of locals.

More details on the first two episodes of the Kenobi have leaked, and we won’t divulge into more here incase a casual reader wants to avoid the current leaks. However if you’re interested in knowing the rumours then you can read articles on this site pertaining to the series by simply searching Obi Wan Kenobi, or you can listen to the latest episode of my podcast below where we talked in more detail over the recent rumours.

Obi-Wan Kenobi will premiere exclusively on Disney+ on May 25th, and as we mentioned earlier, a teaser trailer for the series is rumoured to debut later today.