The Mythosaur Awakens! More details on the mines of Mandalore in The Mandalorian Season 3 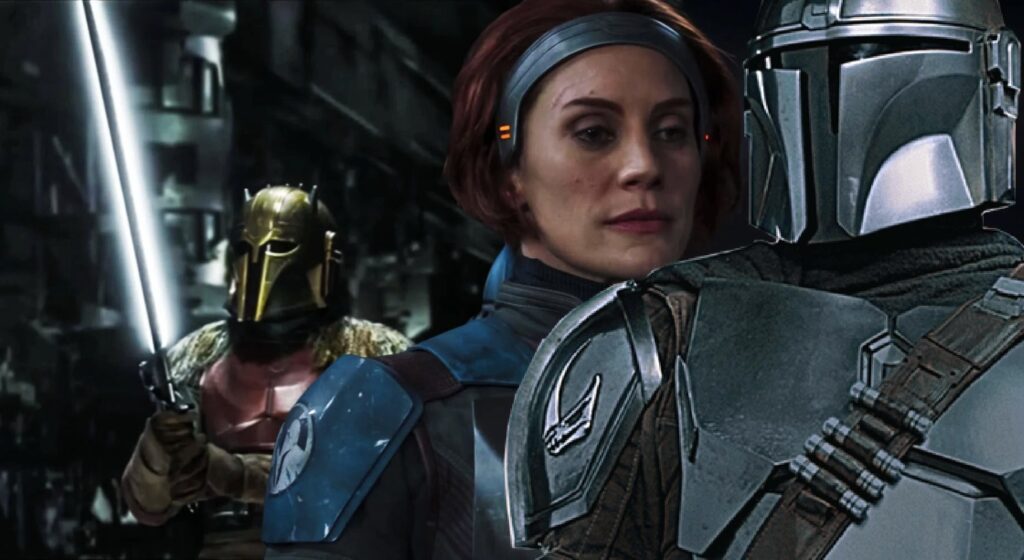 Yesterday I exclusively reported that I believed we’ll be seeing the mines of Mandalore in the third season of The Mandalorian. I explained that I’d seen two separate cave sets constructed at the train yard in El Segundo where Mando films, and that one of those sets had a blue screen on the ground in front for a river, and the second one featured black rock around the entrance, and black sand or dirt on the ground. There’s was also a backdrop being used featuring a mountain with snow atop of it for ones of these locations. I also revealed that Din Djarin, Grogu, The Armorer, and Paz Vizla were connected to these sets. Today a new report adds many more details to the Mandalore scenes I spoke about yesterday, and if you really don’t want spoilers for a show that’s at least nine months away, I’d back out now.

The report comes from MakingStarWars who backs up Din, Grogu (in his IG-11 mech), The Armorer and Paz being part of these scenes, and adds that Bo-Katan Kryze and her allies are also part of these scenes. I too can say that Bo has filmed with this crew – I saw this last week. The reports adds to my cave with a blue screen set, with MSW reporting that the blue screen is for a frozen lake.

The report adds that there’s an older light skinned man, and an older dark skinned man, who are heads of oppositional Mandalorian clans that reluctantly come together along with Bo-Katan and Death Watch. According to the report, the clans seemingly come together for a ceremony that takes place beneath the caves that I reported on. According to the report, a purification ceremony of sorts takes place beneath the caves and features a giant pool, an Olympic torch lighting element, and drums playing. The natural assumption of these events is the purification ritual that takes place in the mines of Mandalore that The Armorer spoke of to Din Djarin in The Book of Boba Fett once he revealed he’s removed his helmet, and others have seen his face.

The report adds that The Armorer hands Bo-Katan a torch, and the Mandalorians in unison begin chanting, “For Mandalore”. This is merely speculation, but it sounds to me like Bo perhaps becomes the ruler of Mandalore once again.

However an extra interesting, and exciting tidbit reveals that either before or after the ceremony, a Mythosaur awakens and chases the Mandalorian’s, causing a lot of trouble and destruction, before later being brought under control. The report doesn’t specify if somebody calms and rides the beast, or if it is ultimately defeated, but the Mandalorians do take on the beast.

The final tidbit the report adds is that a cave set with an imperial door was built, and behind those doors we’ll find the Praetorian Guards, and those Mandalorian inspired Stormtroopers of which helmets leaked online last week.

I’m currently sitting on more news from The Mandalorian season three, as well as Kenobi and Andor information, so expect some updates from me very soon. If you want to keep up-to-date with the latest leaks, news, reputable rumours, and my exclusive reports, then be sure to sign up to my mailing list below. And if you’re a fan of my work and would like to show your appreciation, you can tip me on my Ko-Fi page here.