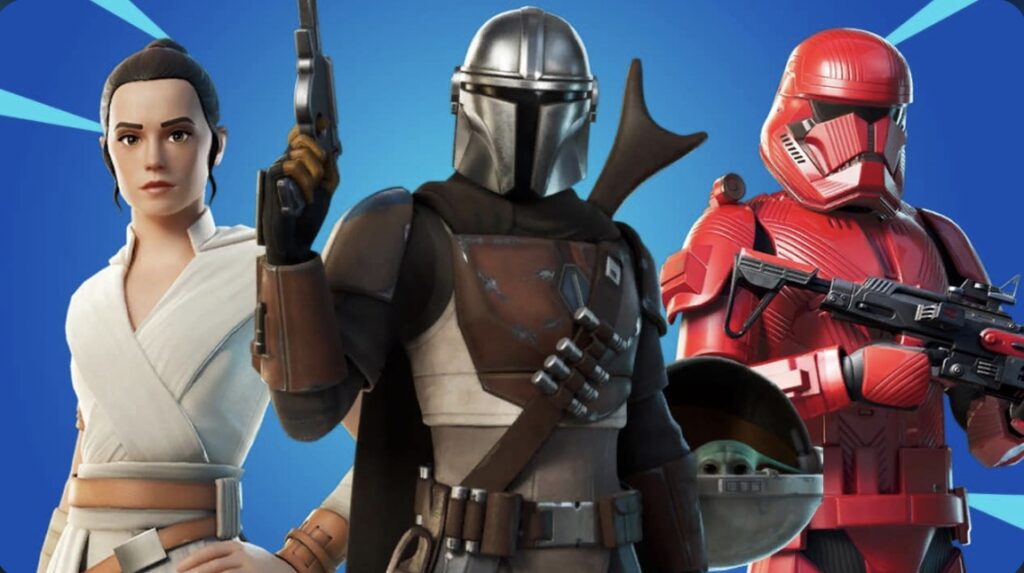 During an official Unreal Engine livestream, The State of Unreal (Epic Games developed the Unreal Engine), eagle eyed fans spotted Fortnite files for possible upcoming content – more specially skins. The files had references to Family Guy, Doom, Fortnite original characters and most importantly, Darth Vader. The file read “C3S3_VADER” which fans have worked out translates to Chapter 3: Season 3. Fortnite is currently in its third chapter and second season, with the third season set to launch sometime in June, most likely June 4th as the current season is scheduled to end on June 3rd.

Hours later the chief creative officer of Fortnite, Donald Mustard, posted the image below of C3PO and Chewbacca to his Twitter and Instagram accounts with both having different captions. The Instagram caption read, “That’s no moon”, a quote from Obi-Wan Kenobi in Star Wars: A New Hope, whilst his Twitter post captioned the image, “Sooooo many secrets here…”

Mustard has seemingly been teasing Star Wars content since November when he shared videos of himself with a Vader figure behind him. At the time people thought not much of this, but since then he’s gone on to post images of AT-AT’s, a video of R2D2, and clouds shaped like Star Destroyer’s which ultimately led to the more recent and obvious teases.

Mustards “Sooooo many secrets here” message lends itself to the idea that perhaps we’re getting many Star Wars skins, or Star Wars content, leading fans to speculate if the third season will have heavy ties to Star Wars or be Star Wars themed. It’s not as if Fortnite hasn’t done this sort of this thing before as they previously had a Marvel heavy season in 2020 dubbed Nexus War which pitted Marvel heroes against the villain Galactus. The season battle pass featured eight Marvel skins, and more were put into the store during that time and ever since that season there’s been a steady slew of Marvel characters added to the Fortnite item shop.

The timing of a possible Star Wars season seems fitting given Obi-Wan Kenobi premieres on May 27th, and it’s also possible that Andor could release during the duration of the Fortnite season. Mustard did reference Kenobi in his Instagram post, and livestream viewers did spot a file relating the series big bad, Darth Vader.

Fortnite has previously collaborated with Lucasfilm during The Rise of Skywalker when skins for Rey Skywalker, Finn, Kylo Ren, Sith Troopers, and Zorii Bliss were released along with an event where Emperor Palpatine’s message referenced in the film could be heard in Fortnite. Since then skins for Din Djarin, Stormtroopers, Boba Fett, Fennec Shand and Black Krrsantan have been released. Last year fans were left disappointed when Fortnite did not bring back their Star Wars skins in Celebration of May the 4th despite data-miners finding Star Wars references in the files on the lead up to the date.

If a Star Wars season or content is coming then we likely won’t know for quite some time. Perhaps an announcement around or during Star Wars Celebration, but let’s not get our hopes up just yet. Personally I’d adore a Star Wars season in Fortnite as I invest a lot of my free time into that game and have yearned for more Star Wars content. Fingers crossed.