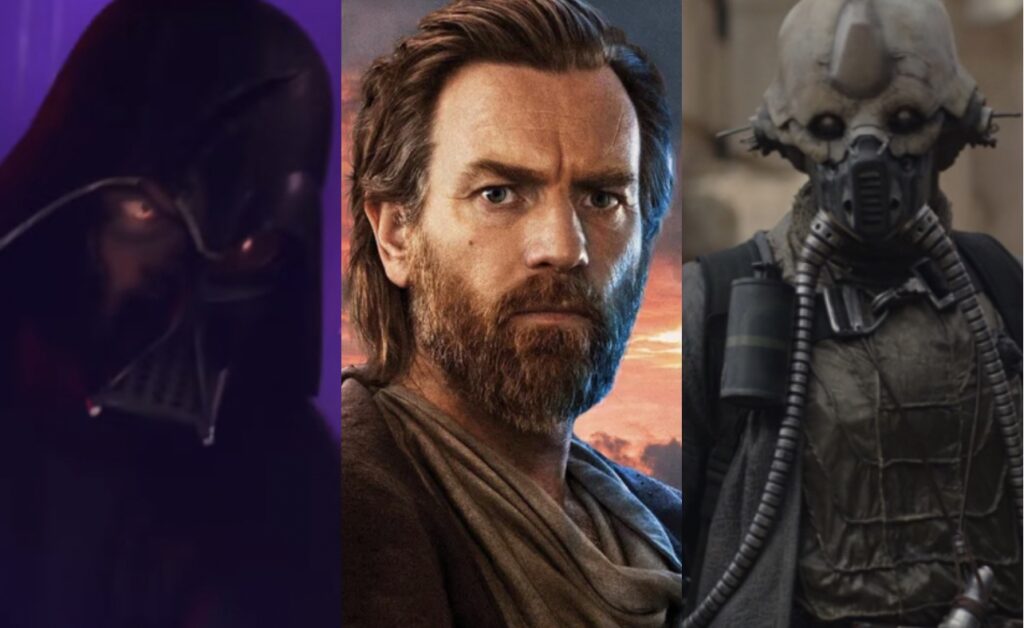 Obi-Wan Kenobi is just over one month away from hitting our screens on May 27th with a double episode premier. Quite a lot has been leaked from Kenobi over the past handful of months, and they aren’t slowing down. Today we’re covering a handful of reports by MakingStarWars featuring tidbits from the highly anticipated limited-series. So if you don’t want spoilers, you might want to exit out of this page.

The first report covers the events of Nur, the planet which houses the Inquisitors headquarters, Fortress Inquisitorious, as seen in the teaser trailer and in Star Wars Jedi: Fallen Order. According to the report, Leia Organa will be taken to the Inquisitors base and held captive. This seems to be the second time Leia is captured in the series as she’s initially captured and taken to a spice den on Daiyu. Reva interrogates Organa, though Leia refuses to break and holds her own. As expected Obi-Wan is on the scene to rescue Leia and the outlet believes Kumail Nanjiani’s character will accompany Kenobi in his efforts to rescue the princess. Kenobi hands Leia off to Nanjiani to get her off of the planet whilst he comes face-to-face with Darth Vader in the first of their two duels in the series.

Keeping things with the former master and apprentice, another report says that following Kenobi’s defeat at the hands of Vader on Nur (Kenobi is also badly burned during this encounter), Obi-Wan escapes and looks inwards for answers to defeating Vader. During this time, reportedly in the fifth episode, we see flashbacks set between Attack of the Clones and Revenge of the Sith showcasing the relationship between Anakin and Kenobi. The scenes reportedly feature both Hayden Christensen and Ewan McGregor de-aged for the scenes which focuses on Kenobi instructing his padawan on lightsaber techniques inside of a dojo. The twosome have their lightsabers out and are sparring with banger rife between them as they point out flaws in one another’s techniques. Kenobi will apparently use these memories to help figure out how to defeat Vader once they come face-to-face in the sixth and final episode.

One question that gets asked fairly often is, will Vader will have his helmet broken in the series? According to the outlet, yes. The report doesn’t specify in which confrontation this scene will happen, but at some point Vader’s mask will be broken and he’ll look upon his former master one last time with his own eyes. My personal belief is this would happen in the sixth episode which features their second and final duel of the series as Vader is apparently dominant in the first encounter.

The final section covers reports of some events on the planet Jabiim. According to one report the planet is where Roken aka O’Shea Jackson Jr. (Straight Outta Compton) operates from and is in-fact a partisan, as is Kumail Nanjiani’s (Eternals) character, and group even help Indira Varma’s (Game of Thrones) character defect from the Empire . The partisans are the group seen with Saw Gerrera in Rogue One, though the partisans seen in this Kenobi series aren’t the characters seen in Rogue One (Two Tubes etc.). The partisans supposedly use Clone Wars era weapons though some of the group aren’t fighters and instead focus on humanitarian efforts. The partisans are apparently protecting some force sensitive refugees on the planet, though they aren’t Jedi. The report goes on to say that they believe these individuals don’t survive as Darth Vader, Inquisitors, Purge Troopers, and Stormtroopers descend on the location.

We’re just over a month away from Kenobi hitting our screens, and I’m sure we’re all extremely excited. if you want to keep up-to-date with the latest leaks, news, reputable rumours, and my exclusive reports, then be sure to sign up to my mailing list below. And if you’re a fan of my work and would like to show your appreciation, you can tip me on my Ko-Fi page here.