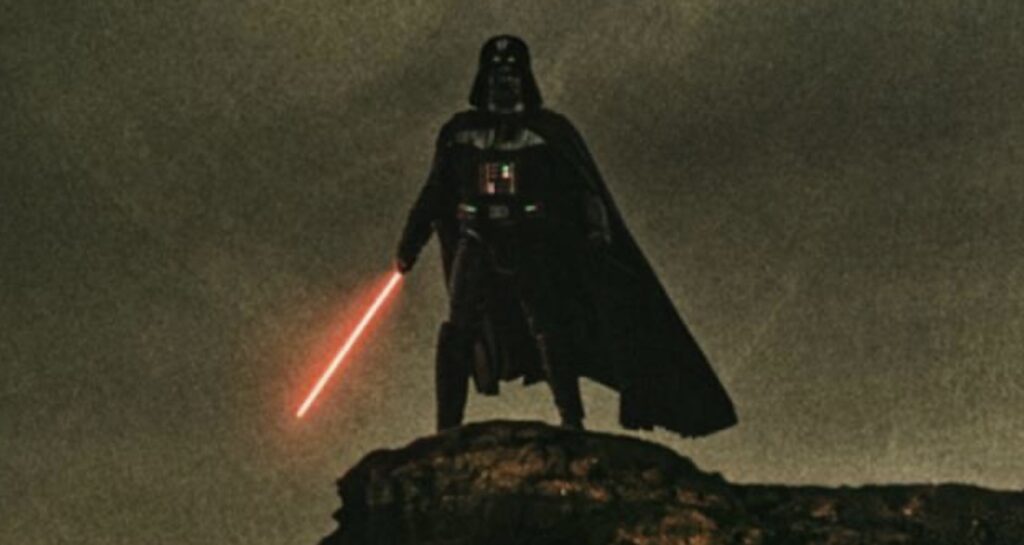 June 18th, 2022 – UPDATE: According to the original source, MakingStarWars, the plot of the sixth episode is slightly different to what they previously reported. In the initial report MSW said that Reva points a lightsaber towards a horrified Luke Skywalker, however MSW is now saying that Luke doesn’t actually see the lightsaber. According the MSW, Luke is “sort of chased around” by the Inquisitor and though Luke will be confronted by Reva, with her intentions to kill him, he will not see the lightsaber. This follows an update from June 2nd from MSW claiming that Reva will not be killed by Darth Vader as they initially reported.

We’re just over a week away from the release of the first two episodes of Obi-Wan Kenobi hitting our screens, but an alleged plot description of the fifth episode of Kenobi has arrived online courtesy of a report from MakingStarWars.

As Kenobi, Roken (O’Shea Jackson Jr) and Leia (Vivien Lyra Blair) escape the battle of Jabiim, Darth Vader gives chase and in these moments Obi-Wan realises he needs to divert his former apprentice and thus he lands on a moon of Mustafar in hopes of luring the Sith Lord whilst Roken continues his mission to return Leia to Alderaan. As expected Vader takes the bait, and cannot pass up the opportunity to finally end the life of his former master.

The final duel of the series takes place, with heated words exchanged and Kenobi tells Vader that Padme saw the light in him which intensifies the battle and their emotions. It’s within this fight that Kenobi knows he needs to keep Vader at bay long enough so Roken can return Leia to safety, but not long enough for Reva (Moses Ingram) who’s seemingly discovered his secret, to reach Tatooine. As all hope seems lost for Kenobi the disembodied voice of Obi-Wan’s former master, Qui-Gon Jinn (Liam Neeson), reaches out to guide and coach his apprentice through the clash, and the most desperate part of the encounter, which leads him to victory. It’s at some point this fight that Kenobi manages to break the mask of Vader, and see’s the eye of his fallen apprentice.

Kenobi flees after his victory and races back to Tatooine to protect Luke (Grant Feely) from the incoming threat of Reva, but once he arrives at the Lars homestead he is too late. Reva has subdued Owen (Joel Edgerton) and Beru (Bonnie Piesse), and has her lightsaber pointed at a horrified Luke Skywalker. Reva is conflicted in these moments, she knows what she has to do, but doesn’t know if she has the strength to do it and it’s here the Inquisitors gets flashes of her life as we see her being taken from her parents and thrust into the Jedi order, surviving Order 66, and then taken to the Fortress Inquisitorious, and she realises she cannot take the life of an innocent child or tear him away from his family. Kenobi realises Reva cannot and will not harm the boy, and puts his faith in her as he lets her leave the homestead, trusting she will keep their secrets.

On Alderaan we see that Kenobi and the Partisans mission was a success, as Leia Organa runs into the arms of her parents – a happy moment, unlike the situation of Tatooine. Luke is shook from the events that took place inside of the Lars family home, and Owen decides to hand over the T-16 Skyhopper toy that Kenobi left on the Lars property back in episode one for Luke, this is Owen’s way of accepting Kenobi is doing his job and loves Luke, and upon receiving the toy, Luke’s mood lightens and he’s happy to have a new plaything.

Reva returns to Darth Vader, to whom she must give a report on the events following Vader’s defeat at the hands of Obi-Wan Kenobi. Reva claims that she has killed Kenobi to Vader’s anger, and once again Anakin Skywalker let’s his emotions get the better of him and he takes the life of the Inquisitor. However it’s in these moments Vader knows that Reva was lying, there’s no way the person who defeated his former master would be killed so easily, and in his anger, Vader has lost his only lead to Obi-Wan and his former masters secrets die with Reva.

Back on Tatooine we see Obi-Wan converse with Qui-Gon Jinn, who now appears to his former pupil as a force ghost and no longer just a disembodied voice. Thanks to Kenobi’s renewed faith and his strengthened connection to the force, he is now able to see his former master and is amazed to lay eyes upon him. Kenobi asks what took him so long, to which Jinn responds that he’s been with Kenobi all this time. Obi-Wan buries the lightsaber of Nari and performs some sort of funeral for the fallen Jedi. The final shot see’s Obi-Wan Kenobi atop of his Eopie riding off towards the twin suns of Tatooine.