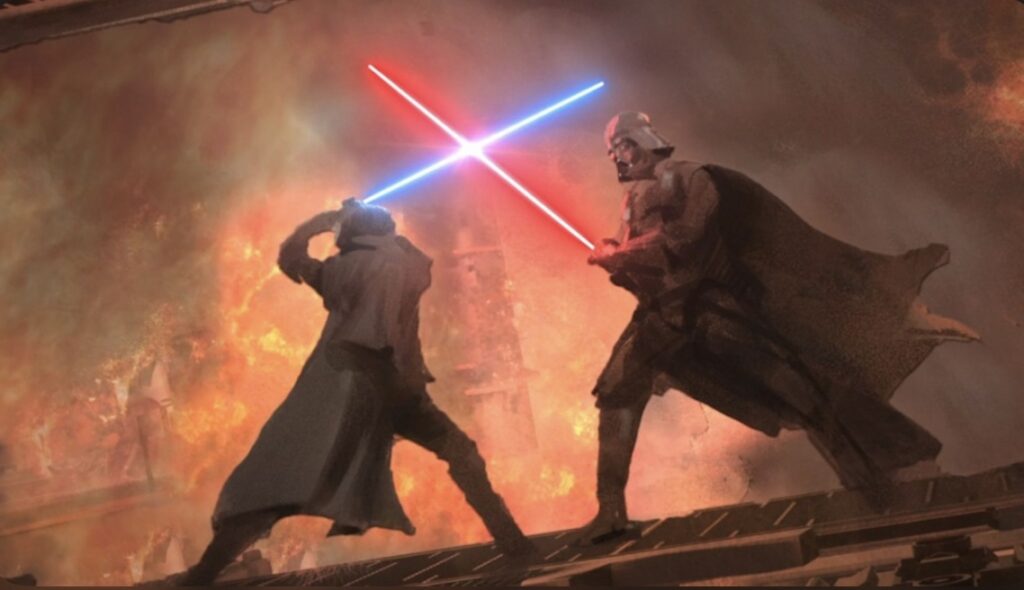 May 31st, 2022 – UPDATE: The original reporter of the alleged plot of Obi-Wan Kenobi episodes two, three and four, is reporting that their initial plot leak isn’t totally accurate regarding episodes three and four. MakingStarWars is reporting that we won’t see O’Shea Jackson Jr’s character Roken tonight in episode three, and his character will arrive later in the series, but tonight we’ll meet Tala Durith (Indira Varma) on the planet Mapuzo (unsure of spelling) who will look after Leia Organa whilst Obi-Wan Kenobi has his first confrontation of the series with Darth Vader where the Jedi master gets burned, meaning theres no fight between the two taking place in episode four. MSW is saying that the rest of episode four is still pretty “on” and that it mostly takes place on Nur, Leia is interrogated by Reva, and Kenobi and crew rescue Leia from the Fortress Inquisitorious.

We’re less than two weeks away from the release of the first two episodes of Obi-Wan Kenobi hitting our screens, but an alleged plot description of the second, third and fourth episodes has arrived online courtesy of MakingStarWars.

Following the events of the first episode, Kenobi arrives of Daiyu and meets Kumail Nanjiani character who points Obi-Wan in the direction of the spice den young Leia is being held captive by pirates. Kenobi fights his way inside and at one point throws spice in the faces of the goons which causes them to pass out. The kidnappers attempt to take Leia to a new location and Kenobi gives chase which see’s our hero running along rooftops attempting to rescue the child.

The Inquisitors have arrived and are seeking out Kenobi, and Reva at some point manages to get ahold of Leia’s droid, Lola, which she fits with some sort of tracker before releasing the droid. As the chase continues Reva eventually runs into Kenobi. Her suspicions are confirmed, it was Obi-Wan she felt on Tatooine. Shortly after Reva realises she’s out classed and allows Kenobi and Leia flee as she’s confident she’ll face him again.

Kenobi’s mission was successful, he’s defeated the pirates, evaded the Inquisitors and the Empire, but most importantly – he’s rescued Leia. Leia however is less than impressed with Kenobi. The duo scramble back to Kumail Nanjiani’s character to get them off world before Nanjiani introduces them to Roken (O’Shea Jackson Jr) and the droid, NED-B, who are going to fly the duo to Alderaan, but not before a quick stop. In the final shot of the episode we allegedly see a Bacta Tank before a closed eye suddenly opens. The eye of Darth Vader who’s felt a disturbance in the force.

The third episode starts with Darth Vader (Hayden Christensen) being reassembled by droids and the process is reportedly agonising. Darth Vader then meets with the Inquisitors, possibly at the Fortress Inquisitorious on Nur, and they track the location of Leia Organa (Vivien Lyra Blair) and Vader’s former master thanks to Reva (Moses Ingram) attaching a tracking device to Organa’s droid, Lola. Initially the group want to capture Leia and take on Kenobi immediately, but the information being gathered is too precious.

Elsewhere Obi-Wan Kenobi learns that Roken (O’Shea Jackson Jr) is a member of the Partisans, Saw Gerrera’s group of Rebels. The Partisans save Imperial dissidents and help relocate them into hiding. Obi-Wan is quite pleased to see that Bail Organa and Saw Gerrera are leading a new generation of freedom fighters against the Empire.

Eventually Reva is able to use Lola to lure a young Leia away from Kenobi, Roken and co. to kidnap the girl once again, and this is where the third episode ends.

The fourth episode reportedly see’s Obi-Wan Kenobi, Ned-B, along with Roken and his crew of partisans infiltrate the Fortress Inquisitorious on Nur. The report speculates that that the team is able to make it into the fortress thanks to information provided by Tala Durith (Indira Varma) who is secretly working for the Rebellion or Partisans.

Reva interrogates the Princess of Alderaan and it’s during this process that Reva begins to understand elements of Leia such as a bit of her past and that Bail and Breha Organa are not her biological parents. It’s here Reva likely starts questioning why Kenobi would come out of hiding to save the princess, and begins piecing desperate clues together surrounding Kenobi and the Organa’s…what secrets are they keeping?

Kenobi and crew are reportedly successful in rescuing the princess, but they are then chased down by Darth Vader himself at the Fortress. When Obi-Wan senses the Sith Lord, he recognises it’s his former padawan, and questions what the Empire has done to his friend and sympathises with him, muttering “I’m so sorry”, but it’s not long until the former master and apprentice duel for the first time since the events on Mustafar, but Kenobi is not prepared for the onslaught of power from Darth Vader who is the clear winner of the duel and even causes Obi-Wan to get badly burned. However Kenobi manages to evade death and is rescued by Leia and Roken.