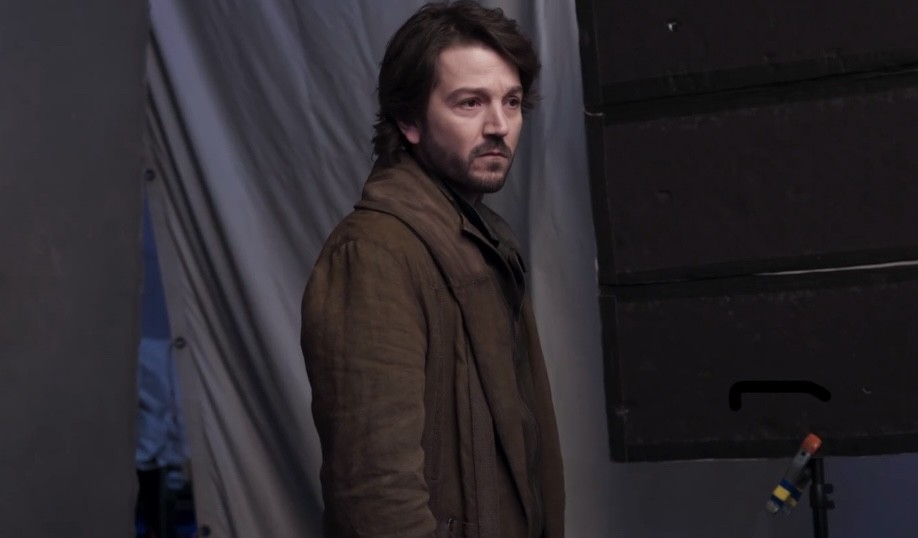 Following my report two weeks ago detailing the inclusion of not only Mudtroopers in the Rogue One spin-off series, but also the inclusion of the Death Troopers, I’ve returned with an exclusive report detailing additional tidbits from the series due to release this Summer.

Many months ago I was informed that KX security droids will feature in the upcoming series. I reached out to my sources and asked about their involvement as I’d seen and heard of multiple performers being in motion capture suits and some even using stilts for scenes. Though the people I asked didn’t not know the specific name of what droids the performers were meant to be, they did say that those performers were intended to be droids and that they believe them to be the “like the main one seen in Rogue One”. Though I did not have it told to me, I believe the performers seen in motion capture suits at Cleveleys last year are KX Security Droids. I also had it mentioned offhandedly that Cleveyes may actually be Scarif, but I could not get that confirmed. I encourage readers not to jump to conclusions that this means an appearance from K2SO as it’s previously been reported that Cassian’s companion in Rogue One will not feature in the first season of the series. Yes, talent attached to a Star Wars project often lie in an attempt to keep the secrets of the production, but for now we should take their word.

I was informed that the large set located in Little Marlow, Buckinghamshire, the Coryton Oil Refinery, and various sets at Pinewood make up one singular planet in the series, or at least that was the belief of my sources. This planet has everything run through the scrappers, a job Cal Kestis was doing in Jedi: Fallen Order. I don’t know if he’s a scrapper, but supposedly Stellan Skarsgård’s character plays a role of importance on this planet.

Eventually the Empire will arrive on the scrapper planet, possibly to take over, and a large fight erupts with new characters, but our hero Cassian Andor eventually steps in to help the locals. I don’t know if this fight causes the death which ultimately leads to the aforementioned funeral or if it’s completely separate. In the recent Star Wars Vanity Fair cover story, showrunner Tony Gilroy mentioned that a planet in Andor will be ripped apart in a colonial way with the Empire expanding and wiping out those that stand in their path, a path Cassian intends to block…I wonder if this is the planet Gilroy was referring to, or if it’s Scarif.

I mentioned new characters, and though I don’t expect her to be at the fight, I was told Adria Arjona’s character appears during scenes filmed at Little Marlow at some point and at that time it appeared she was a good guy. The reason I say at that time is because I’ve been told who you can trust will be questioned and that the series is quite “spy versus spy”, and I don’t know if that pertains to Arjona’s character. At some point the Andor production was looking to cast two children, one male and one female, which I believe were young versions of Cassian and possibly Arjona’s characters. It’s been long speculated that Arjona plays Cassian’s sister, which could line-up with the supposed flashback casting, but until more information becomes available we should take that as merely speculation (SPECULATION). However in the recent Vanity Fair article, Tony Gilroy did mention we’d see the destruction of Cassian’s birth world at the start of the series and confirmed we’d see flashbacks to said planet.

On the topic of new characters, and the final part of this report. I was told that some of the new cast, meaning characters cast specifically for Andor, were told they could expect to go onto other Star Wars projects. We know that Saw Gerrera and his Partisans are featured in Andor, and that the Partisans are also supposedly in Obi-Wan Kenobi, I wonder if those characters will go on to star in the rumoured Partisans series.

Anyway that’s all for this report, and I will have more to come, but If you want to keep up-to-date with the latest leaks, news, reputable rumours, and my exclusive reports, then be sure to sign up to my mailing list below. And if you’re a fan of my work and would like to show your appreciation, you can tip me on my Ko-Fi page here.