Mando+: Footage shown from The Mandalorian season three and Ahsoka, plus much more! 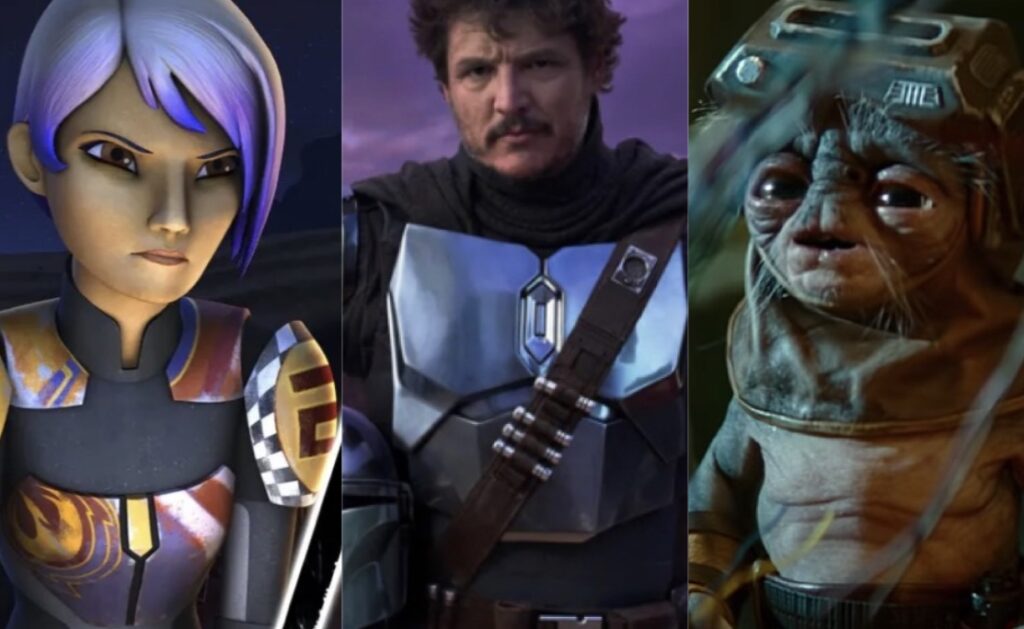 The Mando+ panel kicked off at 11am PT today and though it was was of the most exciting and anticipated panels of Star Wars Celebration, Lucasfilm opted to not stream the panel to viewers at home just like the Lucasfilm Studio Showcase on Thursday to many fans disappointment.

Creator of the The Mandalorian, Jon Favreau, and executive producer, Dave Filoni, took to the stage where they joked about the leaks of season two, didn’t rule out a possibility of Plo Koon showing up in the MandoVerse someday, Favreau revealed that Peyton Reed (Ant-Man) is still associated with the third season of The Mandalorian as Jon joked that Reed couldn’t deliver Luke Skywalker then not return, and Filoni also didn’t rule out a future romance for Din Djarin.

Shortly after the start of the panel the dynamic duo were joined by the three actors behind Din Djarin – Pedro Pascal, Brendan Wayne and Lateef Crowder, Giancarlo Esposito (Moff Gideon), Carl Weathers (Greef Karga) and Emily Swallow (The Armorer) as they discussed their respective characters and the events of the first two seasons of The Mandalorian.

After Carl Weathers almost gave Dave Filoni a heart attack by threatening to drop an exclusive spoiler for the third The Mandalorian season three, the panel welcomed Temuera Morrison (Boba Fett) to the stage where he performed the Hakka for the crowd to the theme song from The Book of Boba Fett before taking his seat and discussing the Fett series with the rest of the panel along with the music Ludwig Göransson created for their universe.

Roughly forty-five minutes into the panel the panel introduced Katee Sackhoff (Bo Katan) and director Rick Famuyiwa to the stage where it was revealed the latter is now an exclusive producer on the series following Famuyiwa directing various episodes of the first two seasons of The Mandalorian, and will direct an unspecified number of episodes for Mando’s third season.

However the real meat came when the panel decided to showcase an extended trailer of The Mandalorian season three which was shown exclusively to those in the room during the Lucasfilm Studio Showcase panel, which later found its way online. The new pieces of footage showed various Mandalorian’s fighting, Mandalore itself, Imperial Star Destroyers, and two members of Babu Frik’s species.

When the crowd thought all was said and done with the premiere of the extended Mando footage, Rosario Dawson (Ahsoka) was welcomed onto the stage alongside an animatronic Chopper from Star Wars: Rebels to discuss Ahsoka. Though she couldn’t say much, a brief teaser for the series was shown which featured Natasha Liu Bordizzo as Sabine Wren, glimpses at the Ghost cockpit, Hera Syndulla, and ended with Sabine looking up at the mural from the finale of Rebels. Once the teaser wrapped up Bordizzo was brought onto the panel where she received an incredible welcome and proceeded to discuss the character with Dave Filoni. Shortly after the panel brought out an animatronic Grogu and showed The Mandalorian season three trailer once again before bidding farewell to crowd.