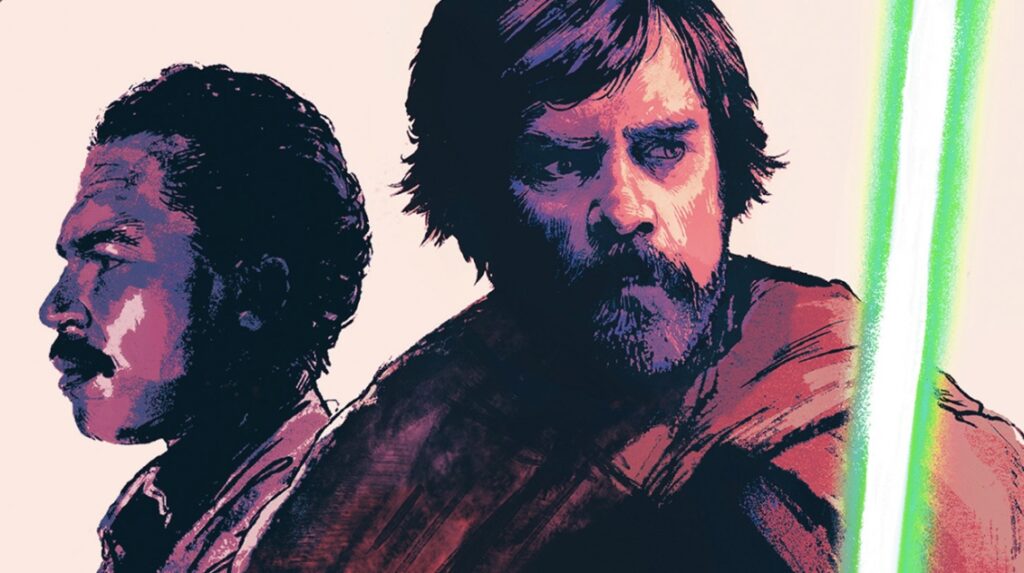 Since it was announced, Shadow of the Sith, has been without question my most anticipated Star Wars book in recent years, and if you know me then you’ll that the inclusion of Ochi of Bestoon is one of the main reasons why, but in addition to the Sith Assassin, Shadow spends a lot of time following Luke Skywalker in his prime, along with Rey’s parents, two things I’ve in yearned for dating back to 2015.

I’m pleased to say that Adam Christopher’s Shadow of the Sith more than met my expectations, and is one of my favourite Star Wars novels from the Disney era. Though the book primarily focuses on fleshed out legendary characters, Luke Skywalker and Lando Calrissian, it blends well with the addition of more recent bit-part sequel era characters such as Dathan, Miramir, and Ochi of Bestoon.

Though I’m thrilled with the story given to Luke Skywalker, which strongly ties the hero we saw at the end of Return of the Jedi to the broken man in The Last Jedi, and Lando Calrissian’s story of desperation, it’s the focus of Dathan and Miramir which I find the strongest aspect of the book. Dathan and Miramir are without question the parents of Rey, and you truly feel her presence within them and see how they formed the character we see in the sequel trilogy. The story of Dathan and Miramir is a heartbreaking journey, but one of hope and even though you know what’s coming for the pair due to the scenes we witnessed in The Rise of Skywalker, the journey still feels desperate and the outcome is devastating.

It wouldn’t be me unless I touched on Ochi of Bestoon, and though Ochi has taken a departure from what we’ve come to know and love him for in recent comic runs, I’m still happy with the portrayal of the Sith Assassin. Ochi is no longer the joker – he’s older, rugged, obsessive, and more formidable than what we’ve seen before, and I loved delving deeper into Ochi and couldn’t wait to read more about him.

Adam Christopher’s debut Star Wars story is an emotional and desperate tale which expands and deepens not only the story of the sequel trilogy, but also our legacy characters in very satisfying ways. I’d consider Shadow of the Sith a must read for fans of the sequel trilogy, and hardcore Ochi of Bestoon fans like myself of course. I truly hope Christopher has more stories to tell in the Star Wars universe, and if he does, I for one cannot wait to delve into what he comes up with next.