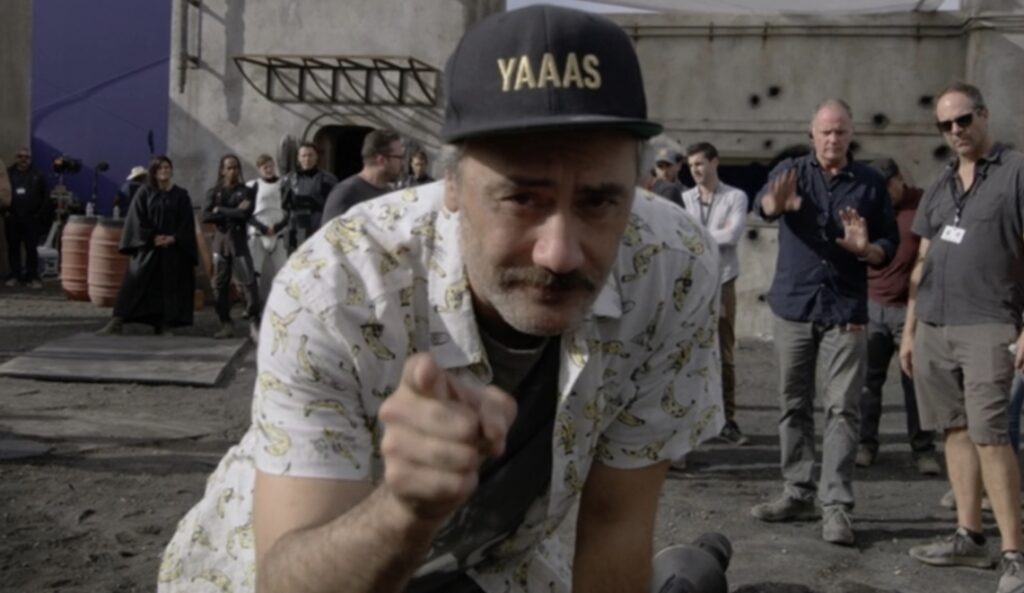 June 25th at 19:45pm BST – UPDATE: The original article by SlashFilm has been quietly altered and now says that Taika Waititi will star in episodes of The Mandalorian season three (which has been reported previously), and no longer states he’ll direct episodes which was in the original write-up.

According to SlashFilm, the Thor: Ragnarok director has directed an undisclosed number of episodes for the highly anticipated third season of The Mandalorian. Waititi famously directed the season one finale of the hit Disney+ series which released back in 2019, and also voiced the bounty hunting droid turned nurse droid, IG-11.

Waititi joins other returning directors Rick Famuyiwa, Carl Weathers, and Bryce Dallas Howard (who we reported was returning back in January). Other directors attached to season three are unknown, but Dave Filoni has typically directed at least one episode per season and Jon Favreau has only ever directed one episode of the series, so it’s likely we could see them return. During the Mando+ panel at Star Wars Celebration, Favreau seemingly hinted at a return for Peyton Reed, who famously directed the season two finale which saw the triumphant return of Luke Skywalker.

It’s also been previously reported that IG-11 will be making a return in the upcoming third season of The Mandalorian, and that Waititi was going to voice the character once again. According to the report, IG-11 will act as a Hulkbuster of sorts for Grogu. IG-11 will house our little green friend in his chest, which is reinforced by Beskar, and will speak to Grogu similarly to Jarvis from the Iron Man films and will provide him with data and analysis, to which Grogu will give commands.

Taika Waititi is also set to return to the Star Wars universe to direct his untitled feature film which he’s currently writing with Krysty Wilson-Cairns (1917, Last Night in Soho). Kathleen Kennedy previously claimed that the film was aiming for release in “late 2023”, but given Waititi’s upcoming schedule for the rest of the year, it seems very unlikely that shooting on the movie would begin this year. Waititi just wrapped up a promotional tour for Lightyear, and has embarked on one for Thor: Love and Thunder. Taika Waititi will then travel to New Zealand in August to film the pilot of the Time Bandits reboot for Apple TV+, before starting filming on the second season of HBO Max’s Our Flag Means Death before October, and he’ll see 2022 out with a promotional run for his much delayed film, Next Goal Wins.