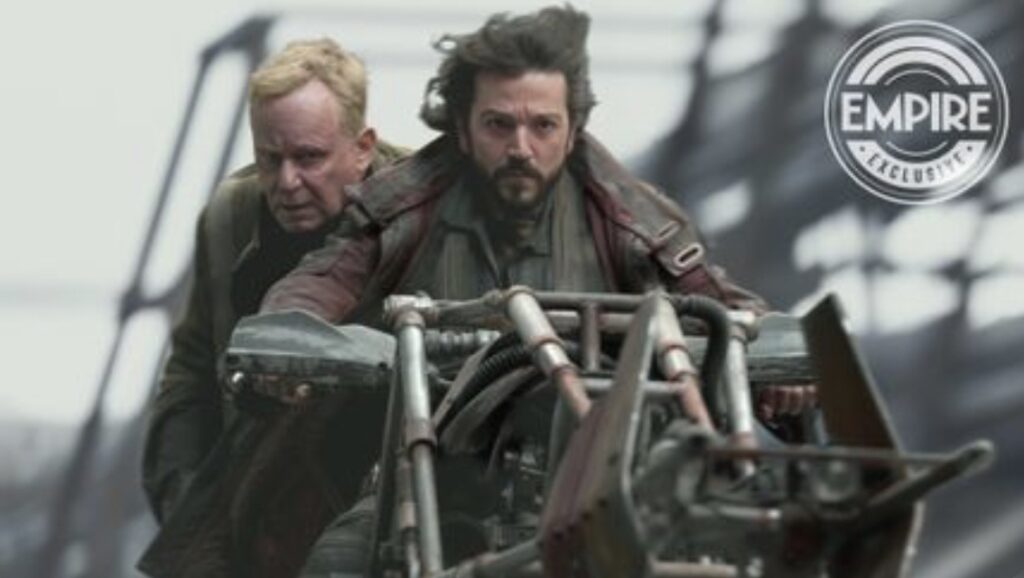 It’s been a long time coming, but we’re finally in the end stretch of seeing Andor on our screens with the first two episodes debuting on Disney plus on August the 31st, and promotion for the long-delayed series is ramping up with showrunner and writer, Tony Gilroy, speaking with Empire Magazine.

During the chat with Empire Magazine, showrunner of Andor, Tony Gilroy, best known for the Bourne franchise and re-writing Rogue One: A Star Wars Story, talked briefly about how the shooting style of Andor’s first season led to the structure of the recently confirmed second season, “Directors work in blocks of three episodes, so we did four blocks of three episodes each. We looked and said, ‘wow, it’d be really interesting if we come back and we use each block to represent a year.”

Recently it was revealed that Andor’s first season would take place over the course of a year, but the second and final season would take place over four and run up to the events of Rogue One: A Star Wars Story. Thanks to this new interview with the showrunner, we now know every three episodes will represent a new year with the final three taking place in the same year as Rogue One.

Gilroy’s comments also confirm that each of the previously announced directors of Andor season one have directed three episodes each, and those directors are Toby Haynes (Doctor Who, Black Mirror), Benjamin Caron (The Crown, Sherlock), and Susanna White (The Deuce, Billions). However if the directors did three episodes each, then does that leave us with a director missing? Maybe, but I believe one of the directors did a second block of three, probably Toby Haynes.

Season two of Andor is due to begin filming this Fall in the United Kingdom, with both myself and MakingStarWars reporting a November start with the latter also reporting that the production will film at Elstree Studios, with myself previously hearing the season will shoot at Pinewood Studios, London.

I plan on sharing more details on other upcoming Star Wars productions very soon, so if you want to keep up-to-date with the latest leaks, news, reputable rumours, and my exclusive reports, then be sure to sign up to my mailing list below. And if you’re a fan of my work and would like to show your appreciation, you can tip me on my Ko-Fi page here.