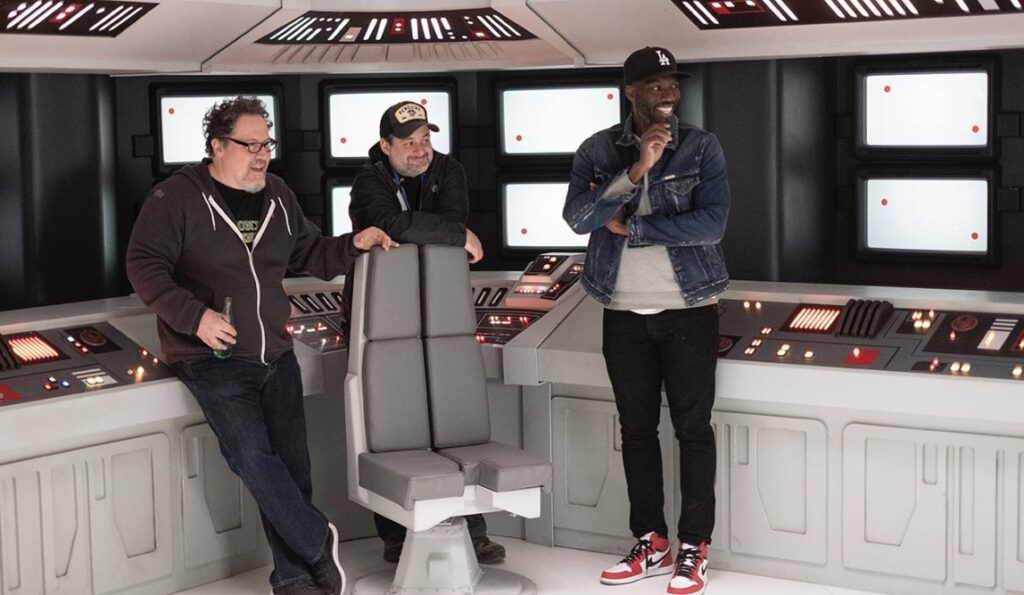 Back at Star Wars Celebration in May, creator of The Mandalorian, Jon Favreau, announced that Rick Famuyiwa had now taken an executive producing role on the third season of The Mandalorian, as well as coming back to direct an unspecified number of episodes. However we now know thanks to Greef Karga himself, Carl Weathers, that Famuyiwa directed at least two episodes of the upcoming third season.

During an interview with Big Gold Belt Media, Weathers said, “You got Rick [Famuyiwa] who’s here, who’s behind the camera, executive producing on our show, you know? Who directed me in a couple of episodes of The Mandalorian this season and I’m a huge fan.” So given the comments by Weathers, Famuyiwa is directing at least two episodes this season, it may be more, but if we take Weathers’ “couple” at it’s literal meaning then it’s at least two.

Rick Famuyiwa directed two episodes of The Mandalorian season one, Chapter Two: The Child, and Chapter Six: The Prisoner. Famuyiwa returned to direct a singular episode of season two, Chapter Fifteen: The Believer, which garnered much praise due to Bill Burr’s performance as Mayfield. Famuyiwa returning to direct multiple episodes of season three is only a positive, and I can’t wait to see what he brings to the table this season.

Famuyiwa isn’t the only director returning this season, as Carl Weathers himself is returning to direct an unspecified number of episodes after directing Chapter Twelve: The Siege for season two. The only other returning director we know of is Bryce Dallas Howard, who we broke was returning back in January. Howard directed Chapter Four: The Sanctuary for season one, then returned to direct Chapter Eleven: The Heiress for season two, which received an incredibly positive reaction from fans. Howard directed what some would argue is the best episode of The Book of Boba Fett, Chapter Five: The Return of the Mandalorian. It’s unknown how many episodes Howard is directing in season three, but she was directing an episode in January this year and we later saw her directing The Mandalorian in March.

It’s unknown if creator Jon Favreau will direct an episode this season, and he’s only directed one episode in the past. Executive producer Dave Filoni has directed at least one episode of The Mandalorian, and directed an episode of The Book of Boba Fett, but it is unknown if he’s returned to direct an episode of The Mandalorian as at the time he was busy writing and working on pre-production for Ahsoka. The last question mark on returning directors is Peyton Reed who directed Chapter Ten: The Passenger and the season two finale, Chapter Sixteen: The Rescue. At Star Wars Celebration Favreau hinted at a return for Reed.

If all of the aforementioned directors are returning and direct at least one episode, baring Famuyiwa who’s directing at least two, then that brings the episode count to seven, meaning there’s one episode unaccounted for, either one of the returning directors has an additional episode, or they’re bringing somebody new into the fold, which I would personally like to see.