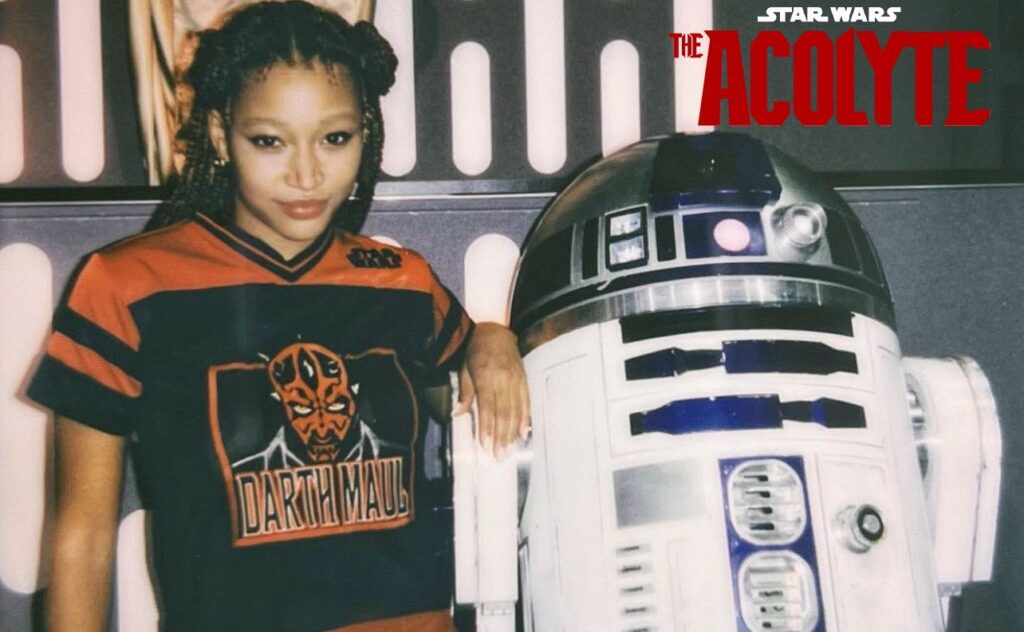 Yesterday Twitter users by the name of Aesokas and Nuruodo shared a video of a scene from Star Wars: Tales of the Jedi where Count Dooku seemingly ends the life of Yaddle. The accounts went on to post additional details about the series, and though we don’t know if what they’re saying is true, the video received a DMCA takedown and both accounts got suspended. Following the incident one user, Aesokas, has turned to Reddit to share supposed details on the upcoming series, Star Wars: The Acolyte.

The Reddit user claims that they’ve seen concept art of a planet from the series. The Reddit user claims the name of the planet is Sanshiro (this could be a placeholder name) and is full of marshland and mountains along with snowy hills. Sanshiro is supposedly the home planet of our lead, Aura, played Amandla Stenberg (Bodies Bodies Bodies). They also mention a second planet, Fether, but gave no details on the location.

The Reddit user claimed to have details on some plot points of the series, but shared that the lead, Aura (the name was first reported last year by The Illuminerdi) is located at a village on Sanshiro and that the village often gets attacked by “primitive” and “tribal” beings who aren’t totally sentient. The Jedi supposedly come and protect the villagers from these attacks, but in exchange for their protection, the Jedi take children from the camp to train and after the latest attack, the Jedi decide to take Aura’s sister, Miri (possibly a codename). At some point the village is attacked once again, but the Jedi arrive too late and the grandfather of Aura and Miri, Theo (good chance it’s a codename) dies. Aura demands that the Jedi take her to see her sister, but they refuse. The Redditor goes on to say that the Jedi taking Aura’s sister and their incompetence to protect the villagers is what motivates Aura to join acolytes. Aura makes a friend when she joins the acolytes, a character with the codename Penn, described as a CGI male alien. The Redditor seems to think there’s some sort of program that Aura must take part in and win to become an acolyte and adds that Aura struggles initially, but when she and Penn work together they beat out the rest of the competition.

Last night the Twitter user, Nurudo, shared similar tidbits of information on The Acolyte before their account was suspended due to the Tales of the Jedi video they had shared. The user claimed at the time that the acolytes pick one another off and the winner gets to become a Sith apprentice, and that a character with the codename Paul has the role of the Sith who’s seeking an apprentice. They noted that unlike other characters, Paul is only slated to appear in one season which leads us to speculate that Aura probably kills Paul to become the Sith Lord, and as we know, “always two there are”, so perhaps Aura kills Paul and stands with Penn at her side by the time the season ends.

As I’ve mentioned throughout, it’s unknown if these rumours are legitimate but given the users sharing video from Tales of the Jedi it’s worth bringing up, though I encourage you to remain sceptical. That being said, if this is true then I’m very fond of these plot details.