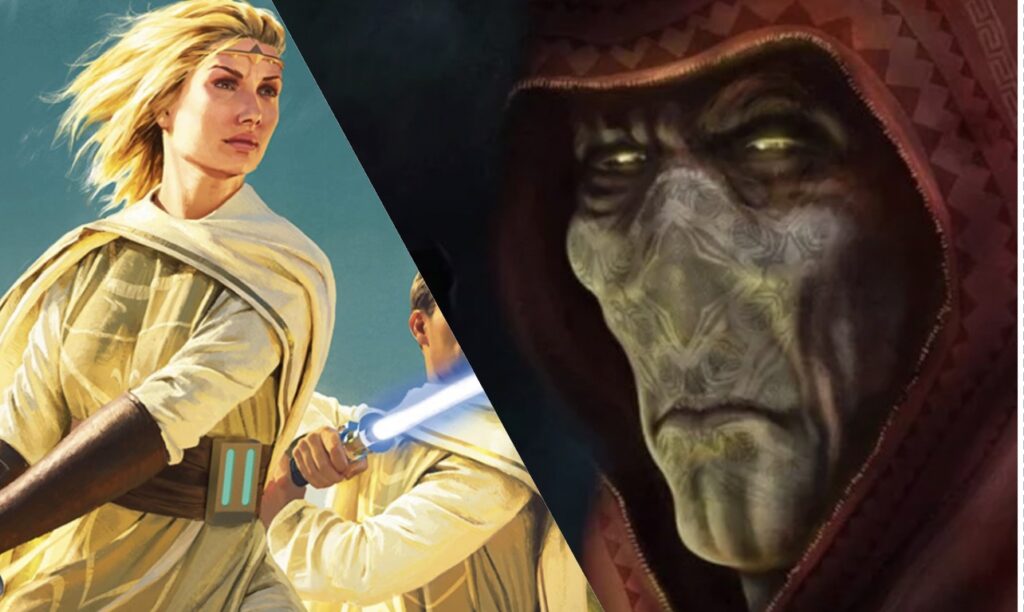 The rumour comes from the Twitter and Reddit user Aesokas via The Making Star Wars Show. If you’re unfamiliar, Aesokas is the name of the Twitter account that posted a video of a scene from the upcoming animated anthology series, Star Wars: Tales of the Jedi, which depicted a Jedi master getting killed by Count Dooku. We won’t spoil who Dooku kills, but you can read it here. The user then took to Reddit where they gave an extensive plot breakdown of each episode of the upcoming animated series.

In addition to their Tales of the Jedi leaks, they also leaked some information from the upcoming live-action series, Star Wars: The Acolyte, which we posted about here. I can personally back some of the information they presented in that leak as legitimate as it lines up with certain things I’ve seen/heard. However they’ve now returned with additional information of the upcoming series created by Leslye Headland (Russian Doll).

The leaker starts by saying a character named Melody (codename) is a central Jedi character who appears in the first two episodes of The Acolyte. Melody is a padawan learner who makes a connection which leads to a friendship with our lead, Aura (possibly a codename) played by Amandla Stenberg (Bodies, Bodies, Bodies) when her sister, Miri (likely a codename) is taken by the Jedi. However there seems to be a time jump by episode two as Melody is now a Jedi knight who has been captured by the Sith Lord of the series, codenamed Paul, who forces Aura to kill her friend.

In another tidbit it’s claimed we’ll see a scene of Aura and Miri taking a boat ride down a river and the duo see an alien creature in the distance towards the end of the river who starts to move towards them so they hastily turn their boat around and head back to their village.

The last tidbit, and possibly the juiciest is that the ‘leaker’ claims that Darth Plagueis is involved with the series, but they aren’t at liberty to say how or why. However I have a theory, and I stress it’s just a theory, as to which character is likely Plagueis IF he’s involved.

Based on both sets of leaks, if they are to be believed, then this is the rough plot based off of those. The first episode focuses on the planet Shinshiro which is where Aura and Miri live with their grandfather Theo in a village, and this village is often attacked by primitive aliens. Aura and Miri spot one of these on a boat ride and high tail it back to their village, but eventually the aliens attack. The Jedi fend off the attackers, and here Aura meets Melody. In exchange for their service, the Jedi take a force sensitive child who happens to be Miri. Aura herself is force sensitive, but is too old to be trained. Aura is heartbroken that her sister is taken away, but there’s nothing she can do. In either the same or following episode, the village is attacked by the aliens once again, but this time the Jedi are too late to stop the attack and Theo is killed. Aura is angry and demands to see her sister, but the Jedi refuse.

The incompetence of the Jedi to protect her village and them not allowing Aura to see her sister is what motivates her to seek out the acolytes. The acolytes are all vying to become the apprentice of the Sith Lord, Paul, and will have to pick one another off until only one is left standing. Paul captures Melody and forces Aura to kill her friend, perhaps as a test to allow her into the acolyte program. Aura struggles taking out her fellow acolytes, but she makes a friend, Penn, a CGI male alien, and the duo work together to take down their competitors. Paul, the Sith Lord, is only slated to appear in the first season, unlike other characters, so I speculate that perhaps Aura takes down the Sith Lord, and she and her friend, Penn, take up the mantle of the Sith Lords by the end of the initial season.

I theorise that perhaps Penn is Darth Plagueis, if Plagueis is in the series. The leaker states that the character is a CGI alien, and that the Sith Lord, Paul, is simply a white human male. The series is set one hundred years ahead of the events of Star Wars: The Phantom Menace, making it close enough, yet also far away enough that Plaguies could be introduced.