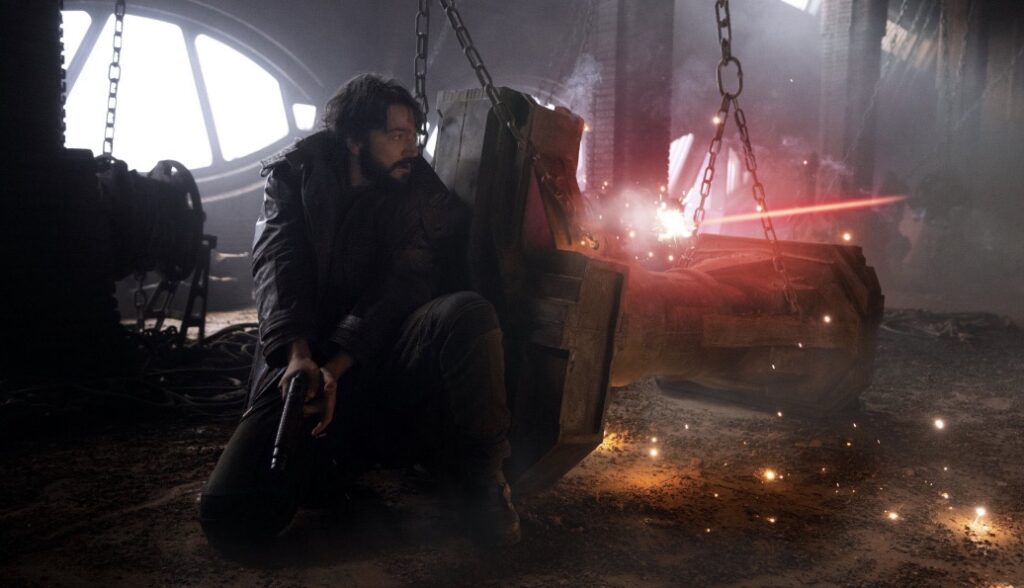 We’ve known for a handful of days that press have seen four episodes of the highly anticipated Andor series, and though the series isn’t due to release until the backend of September, an early reaction to the series has made its way online.

ResetEra user Ramala took to the forum to give their brief thoughts on the first four episodes of the upcoming Rogue One spin-off series. The user has previously shared early reactions to TV series and films in the past, such as Ms. Marvel and the upcoming The Sandman series for Netflix, so I believe that they have seen the show. The ResetEra user’s comment is as follows:

“I’ve seen the first four and it’s the most serious, grounded thing Star Wars has ever done. It feels more like an English-made espionage thriller than Star Wars. It is totally unconcerned with giving you fan service moments, and instead wants to delve into what it’s like for the bit players in this universe to wake up every morning and go about their day. This is not space opera. It’s more space drama. It’s slow, deliberate, complex (for Star Wars) and asks the viewer to do some work. It actually humanizes roles that are traditionally cartoon evil in the SW universe. It’s attempting to tell a grown up story, and I think a lot of fans are going to haaaate it. Both Gilroy’s presence is all over this thing. It’s got that cinema verite vibe that the core Bourne movies had going for them. Puts you in the world like never before. Whether the world can hold up to that level of scrutiny is up for debate, but it is fascinating.”

The user also added in response to a comment that they believe a three episode premiere for the series was needed as the three episodes served as an entire story arc and compared it to a movie. Further on in the thread the user praised the writing as the heroes can act like villains, and vice versa. On the subject of characters, the user referred to the titular character as the least interesting when compared to Mon Mothma and Stellan Skarsgård’s Luthen Rail, “Of the first 4, Luthen and Mon Mothma are def the rebel MVPs. Andor is probably the least interesting character, but then they’ve got a long way to go to get him to the man we meet in Rogue One. There is much more interesting characterization going on on the ‘imperial’ side of things, and lemme tell you, it is fascinating to me. I kind of wish we got a whole show about that.”

I personally find the users comments unsurprising, given what I’ve personally heard on the series over recent weeks, months and years, but it’s still exciting to hear that the series is shaping up to be what I expected and hoped it would be. If you’ve been listening to my podcast, BOB The Podcast (you can find the latest episode at the bottom of this article), for any amount of time then you’d have heard me praise what I’ve been hearing on this show for two years, what I was hoping for, and just how excited I’ve been.

Hearing that the series has a slow pace with complex characters and story telling, and that it’s not concerned with fan service moments and wants the viewer to think is exactly what I was hoping for. The user mentions that some fans will likely hate it, but I always expected that given the nature of the series, it’s likely the structure, tone and pace will be jarring and unfamiliar to some fans. But given just how divided this fan base is anyway, I think division was always a given.

If you want to keep up-to-date with the Andor latest leaks, news, reputable rumours, and my exclusive reports, then be sure to sign up to my mailing list below. And if you’re a fan of my work and would like to show your appreciation, you can tip me on my Ko-Fi page here.

Shoutout the Star Wars fan Instagram account Galactic_Transmission for the tip. May the force be with you.