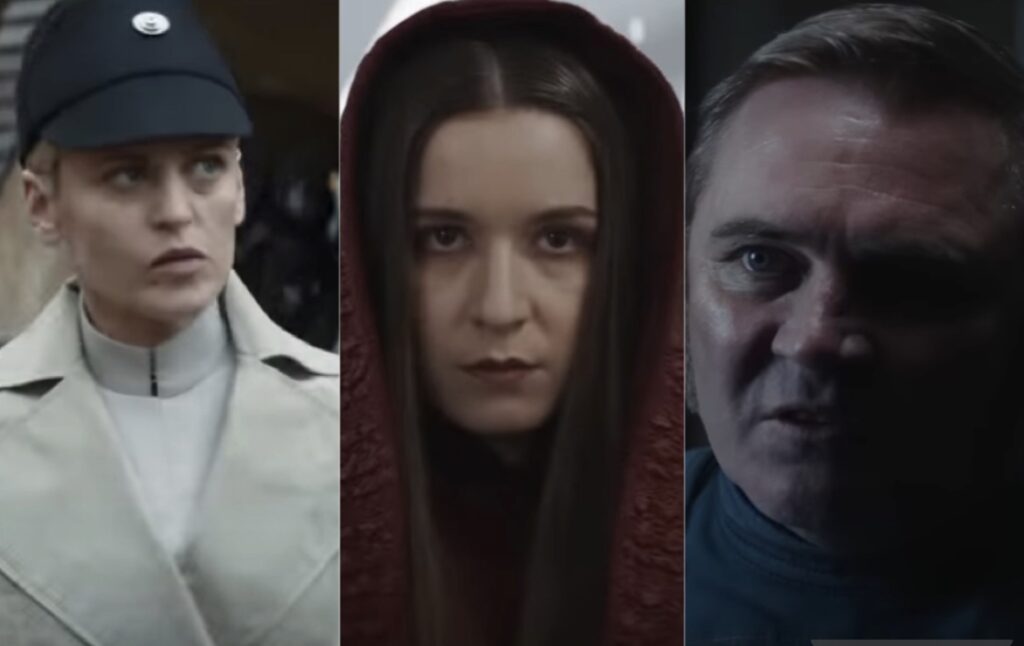 Yesterday we finally got the much anticipated official trailer for the Rogue One: A Star Wars Story spin-off series, Andor, and just like with the teaser trailer back in May, we got to learn the names of various characters because of it.

Back in May we learned that Kyle Soller’s character was named Syril Karn, Fiona Shaw plays Maarva, and a currently identified actor plays Salman Paak. We get glimpses at Karn and Maarva once again in the latest trailer, but neither are as much of a focus as they were in the teaser trailer, and all three have scenes primarily or entirely on Ferrix which we know is from early on in the season.

This time around we learn the name of the character seemingly leading the unnamed security force on Ferrix, who’s costumes are very reminiscent (at least to me) of the Bespin Wing Guard. The man in charge is played by Alex Ferns, who is best known to us Brits for playing the iconic Eastenders villain Trevor Morgan, but has more recently starred in the acclaimed HBO series, Chernobyl, and films such as Wrath of Man, Legend, and The Batman, with the character he plays seemingly named, Sergeant Linus Mosk. It was previously rumoured that Ferns was playing a character named Sergeant Kostek, but the trailer seems to refute that.

Next up we have a character named Kleya who’s played by an unidentified actress (if you know the actresses name please get it touch with me so I can update the article). Kleya is first seen alongside Stellan Skarsgård’s Luthen Rail as he greets Mon Mothma and Kleya tells him that he’s slipping. Later we see Kleya keeping a low profile in a maroon outfit as she states, “this is what a revolution looks like.” I’m unsure, but we see a shot of Kleya walking through a white corridor which could be a British train station. We know that last year the production filmed at Canary Wharf, and I was informed by sources that Denise Gough’s ISB Officer (more on her below) was part of those scenes. If this is one in the same then it leads me to speculate that Gough and the Empire are attempting to hunt down Kleya.

Lastly we have the ISB officer played by Denise Gough who we briefly saw in the initial teaser trailer, but we see the character a lot more in the recently released official trailer. Gough seemingly leads the the Imperial attack on Ferrix accompanied by fellow Imperial Officers and Death Troopers, confirming a report of mine from a couple of months ago, and the ISB officer interrogates an unidentified character off screen as well as being spotted in an Imperial base. Little else is known about Gough’s ISB Officer, but we do know that the character is named Dedra Meero.

In one of the shots we see of Meero she’s stood over a hologram of what appears to be a town in or simply a part of Ferrix alongside three officers. Those officers are (from left to right) Corv played by Nouf Ousellam (Hanna, The Mummy), Captain Vanis Tigo played by Wilf Scoulding (Game of Thrones, Skins) and Lieutenant Keysax played by Nicholas Moss (Bulletproof, Hercules).

If you want to keep up-to-date with the Andor latest leaks, news, reputable rumours, and my exclusive reports, then be sure to sign up to my mailing list below. And if you’re a fan of my work and would like to show your appreciation, you can tip me on my Ko-Fi page here.