Star Wars: The Princess and the Scoundrel (Review) 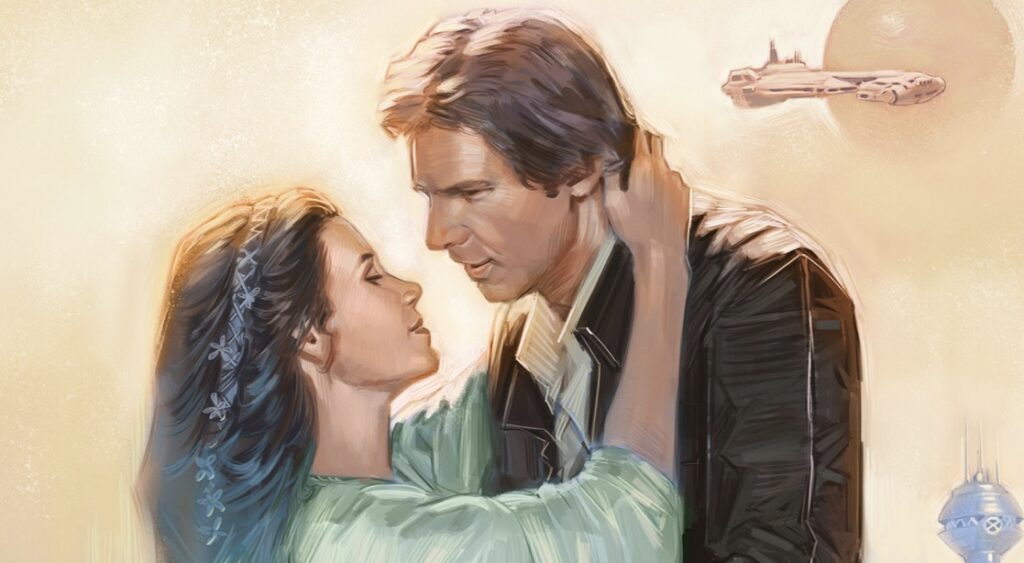 When The Princess and the Scoundrel by Beth Revis was announced, and set to feature the Halcyon, I shuddered at the thought and strongly disliked the idea that a novel focusing on two beloved heroes would act as a giant cheap advertisement for the divisive real world resort. So as you’d expect I went into The Princess and Scoundrel with much scepticism. However the read turned out to be a surprise to be sure, but a welcome one.

Of course when the Halcyon is first mentioned I let out an internal groan, but that moment was fleeting as I’d enjoyed my read up until that point and as the pages turned my cynicism faded away and I continued to be engrossed in the introspective, romantic story of Han Solo and Leia Organa. I’ve never been the biggest fan of either character, I truly like them as characters of course, but neither has been a favourite of mine and that likely won’t change, but peeling back the layers of both characters and getting a look at who they are, what they’re dealing with, and how they’re going to navigate their lives together was truly interesting. Han dealing with losing a year of his life due to being frozen in carbonite, and what that’s done to him mentally and Leia coming to terms with her lineage and discovery of the force with Organa taking her first steps on this journey were deeply compelling arcs.

The Princess and the Scoundrel has been best known for the coming together of Han and Leia in the form of marriage, and naturally that comes with its own intriguing obstacles. Our Princess has always been fiercely independent, and has always put the greater good over her own wants, needs and desires, but here she’s finally doing something for herself and it presents an effective challenge for the character. The same can be said for Han, he’s been sort of a lone-wolf (excluding everybody’s favourite Wookie) who typically only looks out for himself and his own interests, but now he’s found a person he wants to share a life with, but it’s a new avenue for the scoundrel and often he doesn’t know what the right thing to do is. It was great to see our heroes from one another’s eyes, and from their own as they come to grips with the life path and commitment they have chosen, and though they’ll come to blows, they’ll always choose each other.

I’ve talked about the biggest positives about The Princess and the Scoundrel, so now I think I should just share what didn’t work for me personally. I found that the novel does become far less interesting when Han and Leia are split apart and go about on their own whilst aboard the Halcyon. Though Han and Lea going their separate ways and falling into old habits feels natural for both characters, it’s not as compelling. I also found the novel to run a bit long, it’s definitely not one of the longest Star Wars books I’ve read, but it felt longer than what it was due to certain sections and I concluded that I just wasn’t engaged with certain parts of novel and found the pacing to be a little off. Again, this is just how I personally felt and it may not be the case for you. All in all my experience with The Princess and the Scoundrel was most certainly a positive one, and the deep dives into Han and Leia is reason enough to pick up the novel, especially if you’re a big fan of either or both heroes.