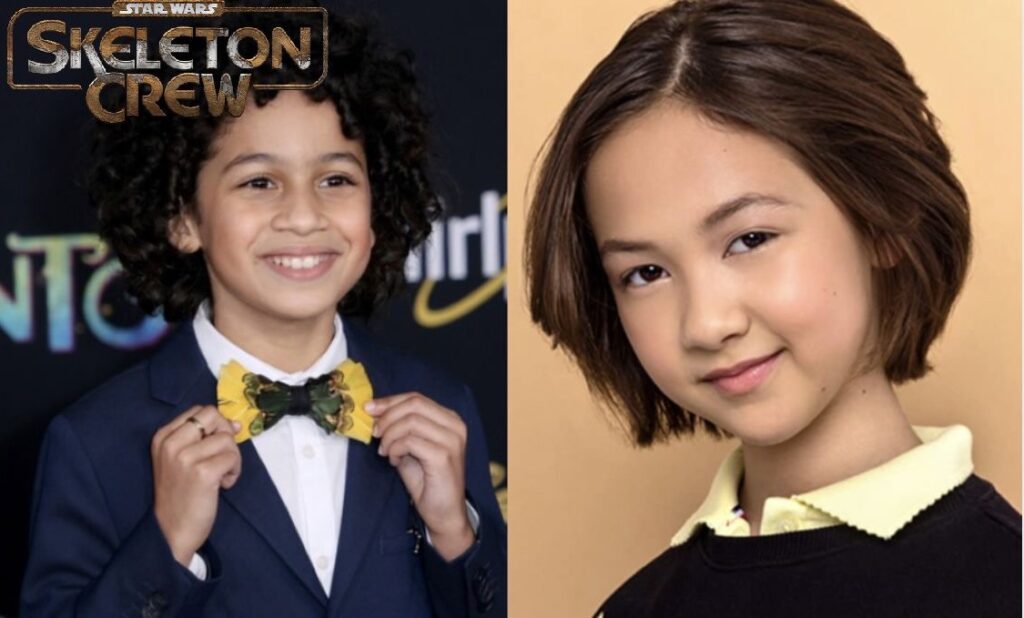 Yesterday Cinelinx exclusively broke that Eman Esfandi (King Richard) had been cast as live-action Ezra Bridger in the upcoming Ahsoka series, which was later confirmed by The Hollywood Reporter. Now less than a day later, Cinelinx are exclusively reporting additional casting news for an upcoming Star Wars series, this time for Skeleton Crew.

According to Cinelinx, Ravi Cabot-Conyers and Kryiana Kratter have been cast in lead roles in Skeleton Crew. Cabot-Conyers is all ready embedded in the Disney family as he starred in the Disney hit, Encanto last year in the role of Antonio and starred in the Hulu series, The Resident and Netflix’s #BlackAF. Kratter has had less mainstream roles, most recently starring in CBS series, United States of AI, and the Disney produced, Bunk’d. As noted both already have connections to Disney and both follow creator of Skeleton Crew, Jon Watts (Spider-Man: No Way Home) and executive producer Jon Favreau (The Mandalorian).

Though I personally can’t attest to the report, I can add that I’ve seen a child actor of a similar profile to Cabot-Conyers on set previously, and more so their stunt double of which I have footage and plan to release down the line. I have no opinion on either actors abilities as I’m not familiar with any of the projects the actors have taken part in previously, but with Jon Watts at the helm, somebody who’s worked well with younger actors and an ensemble cast, I’m confident they’re right for the series.

Cabot Conyers and Kratter join Jude Law (Fantastic Beasts: The Secrets of Dumbledore) on the series which has been filming since late June, and will run until December of this year. The series is set during The Mandalorian time period and follows lost children who are trying to find their way back home with creators previously stating the series was inspired by 80’s Amblin productions. Currently there’s no release date for Skeleton Crew, but it’s expected sometime next year, my personal guess would be the Fall.

D23 Expo kicked off today and brought exciting reveals for Walt Disney Productions and Pixar, but tomorrow we’ll see presentation’s from both Marvel Studios and Lucasfilm. The Pixar and Disney panel wasn’t streamed, but media were allowed to share details on what was shown at the events, with Disney also releasing trailers for some projects such as The Little Mermaid and Disenchanted, but also showed various trailers and footage to those exclusively in the room such as The Haunted Mansion and Snow White. Personally I expect Lucasfilm and Marvel Studios to follow the same route tomorrow, so don’t expect to see everything that is shown at the event. As for what to expect I cannot say, but I personally believe we’ll get a teaser and a title for Indiana Jones 5, probably a new trailer for Willow, and given all the casting leaks over the last few days for The Acolyte, Ahsoka, and Skeleton Crew, I’d expect updates on those projects as well as The Mandalorian. Puck News reported that no new Star Wars movies will be announced at the event, and some of what they’ve reported has already come to fruition such as a sequel to Inside Out being announced.