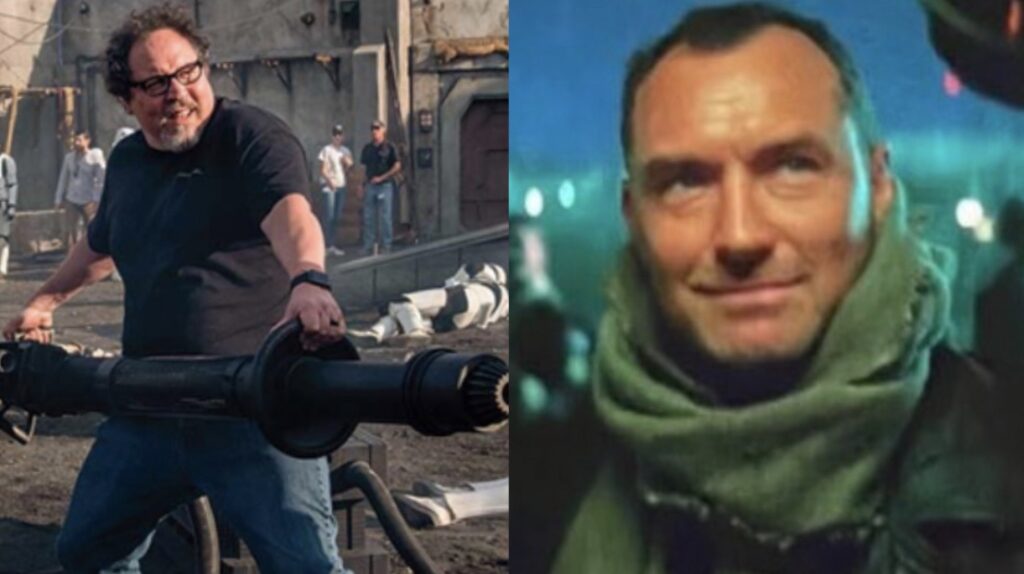 Yesterday Entertainment Weekly released an exclusive interview with executive producers of The Mandalorian, Jon Favreau and Dave Filoni, who discussed various topics relating to the Star Wars universe, and the projects they create within it. However when discussing the Jon Watts (Spider-Man: No Way Home, Spider-Man: Homecoming) and Christopher Ford (Spider-Man: Far From Home, Chaos Walking) created Star Wars live-action series, Skeleton Crew, Favreau seemingly revealed that characters from that series, which is set during the same time period as The Mandalorian, could appear in The Mandalorian’s fourth season, which Favreau is currently writing. You can read the quote below;

“Skeleton Crew is great. You know me and Jon Watts were on set of Spider-Man [No Way Home] and I was sniffing out if it [Star Wars] might be something he’d be into doing, and he’s like, ‘here’s the whole idea of what I would do’. We were just talking on the set and I called Dave [Filoni], I was in Atlanta, and I was like, ‘Dave, this sounds like a really good idea’, and we hopped on a Zoom call, and he [Jon Watts] pitched what it was, just the very basic strokes, and it was great. It focuses on young people, it’s always good having new characters coming in, and there’s so many different genres now in Star Wars, you know you have Andor which is intrigue and a thriller, you have adventure with The Mandalorian, a samurai adventure with Ahsoka, so to have this young Amblin feeling movie, with young people seeing it [the universe] for the first time who grew up in this Star Wars world and are exposed to an adventure. The puppets, the costumes, the visuals, the world that’s being expanded upon, and now I get to write the next season of The Mandalorian with all these new characters, all these new locations and all these new creatures, so it keeps adding more and more to this cohesive group of stories being told.”

It’s not surprising that characters, locations and creatures could bleed over into The Mandalorian from Skeleton Crew when Favreau and Filoni have been attempting to make the series they’re creatives on feel connected, something fans have dubbed the MandoVerse, and with The Mandalorian, Ahsoka, and The Book of Boba Fett, all supposedly building up to some kind of crossover event, it’s unsurprising that Favreau would want to bring Skeleton Crew into the fold. It’s too early to say if this is an exciting development as we know very little about the series, but hopefully we fall in love with the characters when they debut on our screens sometime next year.