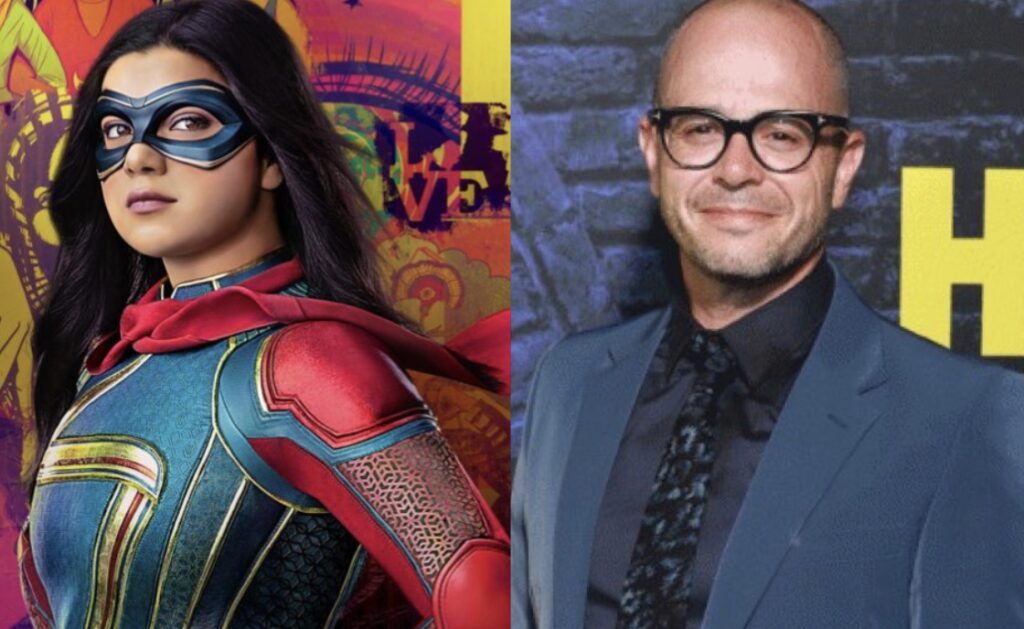 Months after it was first revealed by The Ankler that Damon Lindelof, the man behind critically acclaimed television series such as Lost, The Leftovers and Watchmen, along with films such as Prometheus, Star Trek: Into Darkness, World War Z and Tomorrowland, was writing a Star Wars film. Today, Deadline, are reporting that yes, Lindelof is writing a Star Wars film, and Lucasfilm already have a director for the film onboard.

Deadline are reporting that Lindelof’s Star Wars project will be directed by Sharmeen Obaid-Chinoy, best known for directing two episodes of the Ms. Marvel television series and recently committed to directing the film, Brilliance, which stars Will Smith for Paramount. Obaid-Chinoy has also won not one, but two Oscars for her short film, A Girl in the River: The Price of Forgiveness, along with four Emmy’s. The project is supposedly still in writing stages with Lindelof also having a co-writer on the project, however who that additional writer could be is unknown at this time. According to the report, production is a ways away, but Lindelof wanted a director onboard early so that the directors vision of the story could be implemented into the script.

What’s interesting in the Deadline report is that Lucasfilm are moving fast on the project and that they believe it’s the film project with the most momentum currently, which could be bad news for those hoping to see Taika Waititi’s (Thor: Love and Thunder, Jojo Rabbit) untitled Star Wars project, Rogue Squadron or Kevin Feige’s untitled Star Wars film. However it is mentioned that Lucasfilm are in no rush to push out a new Star Wars film as they want the next series of films to be thought out and have a story they are happy with.

Lucasfilm currently have two slots reserved for Star Wars films, December 19th, 2025 and December 17th, 2027. The 2025 date has long been believed to be reserved for Taika Waititi’s Star Wars project, a film he’s been working on along with Krysty Wilson-Cairns (1917, Last Night in Soho) for two years. Earlier this year, LucasFilm president, Kathleen Kennedy, claimed that Waititi’s film would release at the end of 2023, a window initially held by Patty Jenkins’ Rogue Squadron before the project was indefinitely delayed as Jenkins ramps up pre-production on a third entry in her Wonder Woman film series, and has since been asked to produce more Wonder Woman films following the release of the third instalment. Following Kennedy’s comments, Waititi played down how far along in the process he was and THR reported that Waititi’s film was aiming to shoot sometime early next year. Waititi is currently directing episodes of Apple TV+’s Time Bandits and will move on to film episodes of season two of HBO’s Our Flag Means Death, in addition to these two projects, Waititi has his name committed as a director to multiple other film projects including Disney’s Tower of Terror, The Incal, Flash Gordon, Akira, and television series including Oompa Loompas, Interior Chinatown and The Auter.

The December 2027 release date was believed to be held for Kevin Feige’s Star Wars film, a project which found its writer earlier this year in the form of Michael Waldron, the writer behind Loki and Doctor Strange in the Multiverse of Madness. When promoting the latter, Waldron revealed that he’d already started writing Feige’s Star Wars film, but since then Waldron has been tapped to write Marvel Studios’ biggest project since Avengers: Endgame, possibly ever, with Avengers: Secret Wars which is due to release in May 2026. Unlike the two other Star Wars films in development, Feige’s movie is the only project without a director attached at this time.

Personally I’ve always been most looking forward to Waititi’s film as I’m a fan of his work, but at least to me it seems that this project by Lindelof is picking up speed, and I will not be surprised if it becomes the Star Wars film we see next in theatres in just three years time. We have three Star Wars films in various forms of development, I’m sure one of those will arrive on the big screen in December 2025, but in the meantime we’ll have an abundance of live-action Star Wars on television including Andor, The Mandalorian, The Acolyte, Ahsoka, Skeleton Crew, Lando, and a second season of Obi-Wan Kenobi.