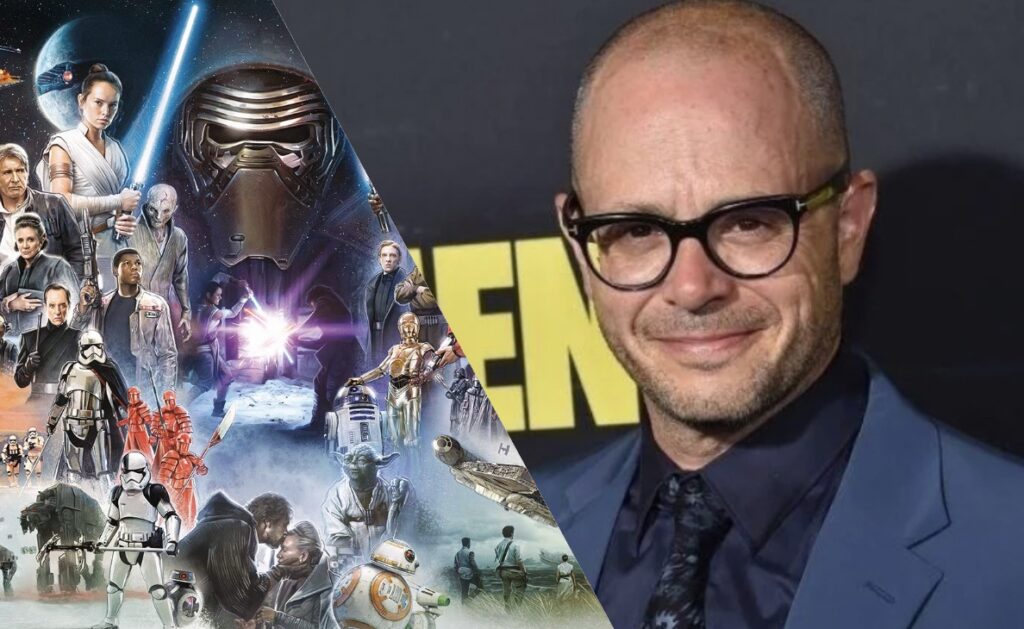 Less than twenty four hours after Deadline broke that Sharmeen Obaid-Chinoy (Ms. Marvel) had been tapped to direct Damon Lindelof’s (Watchmen, Lost) untitled Star Wars film, THR have followed up with additional details on the project.

In the initial article from Deadline, the outlet revealed that Lindelof has a co-writer on the script, but they didn’t know who. THR however are able to reveal the mystery co-writer as Justin Britt-Gibson, a fairly newcomer to the industry. Britt-Gibson’s highest profile credits are writing three episodes of the STARZ series, Counterpart, led by J.K. Simmons, one episode of AMC’s Into the Badlands, and twenty three episodes of the Guillermo Del Toro produced series, The Strain. Gibson reportedly joined the project shortly after a secret writers room for the project was put together two weeks after this years Star Wars Celebration, and that writers room took a two week writing session working on the Lindelof project in July.

According to THR, members of Lindelof’s writers room includes Patrick Somerville who previously worked with Lindelof on the critically acclaimed series, The Leftovers, and has more recently created two series for HBO Max, Station Eleven and Made for Love, as well as creating Netflix’s mini-series, Maniac, which starred Emma Stone (The Favourite, The Amazing Spider-Man) and Jonah Hill (The Wolf of Wall Street, Superbad). In addition to Somerville there’s Rayna McClendon who wrote on Lucasfilm’s upcoming Willow series and The Walking Dead: World Beyond, Andy Greenwald who created the Rosario Dawson led Briarpatch, amongst other writers who have yet to be named. It’s seems as if THR were unsure, but they claimed that executive producer of The Mandalorian, Dave Filoni, may have also been present at the July writing session.

THR says that Lindelof’s project is currently intended as a standalone film, just as Taika Waititi’s, Kevin Feige’s and Patty Jenkins’ projects were, but if successful, it could lead to sequels to Lindelof’s effort. THR notes that this plan is different to how Lucasfilm handled projects in the 2010’s, the studio is no longer focused on producing trilogies, but standalone films. Lastly THR revealed that Lindelof’s project will be set after the events of Star Wars: The Rise of Skywalker, but that the project would not be a continuation of the Skywalker saga, but it could feature characters from the sequel trilogy.