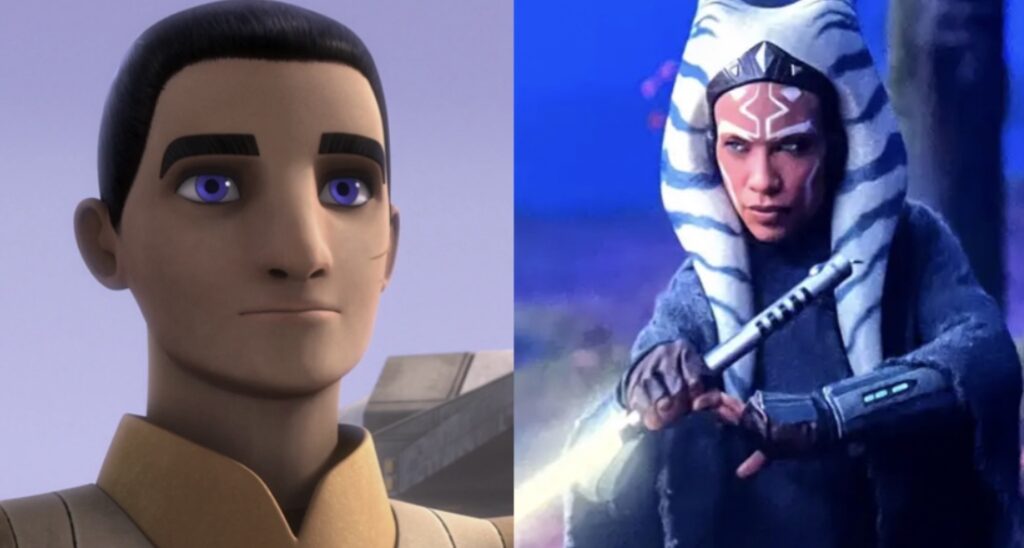 Hello there! Before we crack on with the article, I kindly ask for you to consider showing your support and appreciation for my work by tipping me via my Ko-Fi page here. Tips are quite rare around these parts, but I assure you no matter how big or small, each tip is deeply appreciated. Now, let’s get on with the news!

Yesterday we reported that Sabine Wren actress, Natasha Liu Bordizzo (Dayshift, The Voyeurs), has wrapped filming on the Ahsoka series. Bordizzo shared a series on fan-art which she captioned, “What a year. This journey…@ StarWars #SabineWren”, with crew members commenting congratulating her on concluding her involvement in the Ahsoka series, with some of the crew additionally seeming to have wrapped. Today however another star of the series has sparked speculation that they too have wrapped filming.

Eman Esfandi who plays Ezra Bridger in the series has been spotted rocking a new look, a look vastly different to the one he sported during the filming of the Ahsoka series. Esfandi sported long, thick, wavy hair and a fairly unkept beard, a look Esfandi was spotted rocking from June to the end of September.

As you can see from the image below, Esfandi has had the long locks chopped away and has now opted for a clean shaven face. Naturally the assumption is Esfandi has concluded filming on Ahsoka given the change in appearance and that other cast members have wrapped, however there is one other possibility.

MakingStarWars previously reported that Darth Vader will be making an appearance in the series in what you’d assume is a flashback, with fans hoping to see a live-action recreation of the Ahsoka and Vader duel from Star Wars: Rebels season two. I wonder, given the show seems to be open to flashbacks, if we’ll get some flashbacks for Ezra Bridger. Granted Esfandi’s look doesn’t really match with those we’ve seen of Ezra throughout Rebels, seasons one and two possibly, but perhaps it could be a look post season four of the animated series. I’m very doubtful, I’d wager that Esfandi has wrapped and the new look is not for a flashback, but it’s just an idea.

Ahsoka is scheduled to wrap production in November to its natural to see supporting cast members wrapping ahead of the series and the lead, Rosario Dawson. I’m sure we’ll be made aware when the series concludes and fans are inching ever closer to seeing the series on our screens sometime next year.