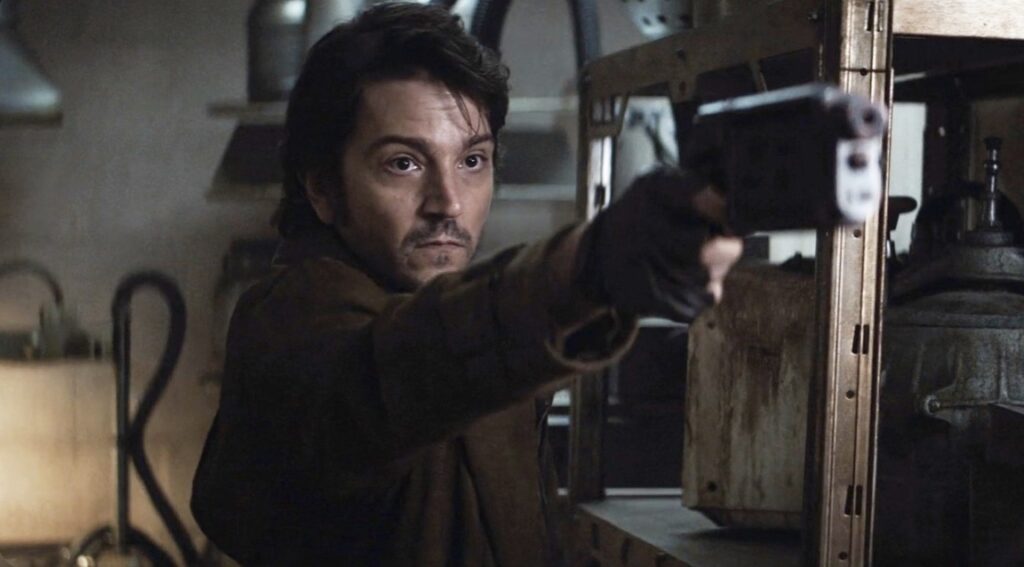 Following the season one finale of Andor, creator and show runner of the series, Tony Gilroy, has been speaking to various outlets regarding the first season and sharing tidbits about the upcoming second season which just started filming last week at Pinewood Studios, London.

We’ll begin with snippets from Gilroy’s chat with Deadline, where the creator shares how the time jumps throughout the second season will work. As we’ve known for quite some time, season two will take place over the course of four years, starting an entire year after the season one finale and wrapping up on the doorstep of Rogue One: A Star Wars Story. Gilroy told Deadline the following;

“When we come back for our second half, it’ll be a year later. An entire year will have gone on. All kinds of things will have happened, and we’ll pick up the show. Sometimes we’ll do a week, we’ll do three days, we’ll do four days, whatever, and then we’ll drop a year in between. The last one will be the last, I don’t know what it is, three, four days before the beginning of Rogue One, and then our final scene has always been known, which will be walking him into the first scene of Rogue One. So, we will be dealing with time in a different way, but it’ll be blocks of three. That’ll be our principle.”

We’ve known for months that each block of three episodes will represent a new year in the season, but it’s interesting to hear that each block will only consist of a number of days rather than spanning weeks or months. When pressed for more details on the second season by the outlet and just how the season will handle the many moving parts in the run up to Rogue One, Gilroy said;

“We will be dealing with, by the time you get to Rogue One, you have the Rebel Alliance, which is a whole bunch of different disparate factions and people that have arrived at Yavin and have coalesced into what will become an organized rebellion. Well, we have four years to examine how difficult it is to put a revolution together, how difficult it is to become a leader, how difficult it is to be a victim. But what happens to the original gangsters? What happens to the outliers? What happens to the people who were…every revolution consumes people and glorifies people, and not always the people that did the thing that mattered. How do you scale up something that essentially does not thrive in sunshine? How do you that? And those issues and all the chaos of that is going to be of great interest to us going forward.”

Since the start of the series, Gilroy has been teasing that we’d see many deaths, but not many of our main cast met their maker in the first season. We had Maarva Andor, who’s passing sparked a rebellion on Ferrix, some minor supporting cast members such as Xaul, Ulaf, Salman and Nurchi, as well as many extras on Ferrix during the finale. But with season two looming, the question was put to Gilroy by Collider, if any characters from season one would die between seasons, and if they made it the season two, how long will they last, to which Gilroy stated the following;

“If they live, and I’m not going to promise how long they live when they get to the other side, but they all know that. But, no, if they lived in the show, they’re alive.”

In my opinion, the only additional tidbit of interest from Collider and Gilroy’s chat regarding the second season is a prop being developed which has got Gilroy very excited and will play a pretty big role in the second season. Gilroy didn’t share many details on the “complicated” yet “amazing” prop, but whatever it is has Gilroy very enthused.

“So, we have a big props meeting, and my brother John is there, and he’s hearing it now. So, I said, “Man, come up to this thing.” Because he loves all this shit, too. So, we went up to the props house on the lot, and they showed us all this stuff. And they finished by showing us this thing that will play a big part, it’s a big prop, it will be in Season 2. It has a big utility, and it’s really complicated, and this guy had built it. Johnny and I were you just standing there and Ariel Kleiman’s standing there, we’re standing there watching this guy explain this fricking thing that they built. It’s so elaborate and so insane and so beautiful and so far beyond what we thought of. It’s amazing.”

Sounds to me like they’re rebuilding General Grievous…let’s just hope they don’t use any screws.

Lastly we turn our attention to an interview between Gilroy and SlashFilm. During the chat Gilroy once again remained vague on the if we’ll see the return of the fan-favourite character, Kino Loy, played by Andy Serkis, to which once again the series creator reiterated, “We didn’t see him die”, which led the conversation down the path of if there’ll be any other surprise appearances from prominent actors or characters from Rogue One in the Andor’s second season to which Gilroy responded with the following:

“Yeah, I would say yes. We start shooting on Monday and this second half will be walking us, I’ve said it before, our final scene will be walking you into the first scene of Rogue One. As we get there, we have some things we have to do and some people we have to meet, yeah.”

It’s unsurprising and expected that we’ll see more characters from Rogue One appear in Andor’s second season with General Draven, Bail Organa, and Tivik (Gilroy often brings this character up) being the most obvious choices. Additionally, I’ve seen various fans are hoping to get glimpses at Director Krennic, Galen Erso, Bodhi Rook, and Tarkin in season two. Though Gilroy remains tight lipped on who exactly will appear in season two, he does mention Krennic by name during his chats with SlashFilm, telling the outlet that the Death Star is a very secret project and only Krennic and a few ISB officers know if it’s existence and that Cassian will follow the breadcrumbs of this secret project in season two which will ultimately leave as at Rogue One’s door.

“By the end, the first scene of Rogue [One] it’s him [Cassian] going off to go to the Rings of Kafrene to try to chase down the rumor about this thing. What does Tivik say to him, man? “There’s a weapon.” They’re building a weapon. What kind of weapon? A planet killer. All roads lead to that scene. Now, that’s not entirely what our show is going to be about. People don’t know the existence of it, do they? Some people do. Krennic does. The people in the ISB. Very few of them might. But all roads are ultimately leading to Rogue One.”

Be sure to check out each individual article from Deadline, Collider and SlashFilm as in addition to the season two tidbits, they provide additional information regarding Andor’s first season. All episodes of Andor season one are now streaming on Disney+, and season two is expected to release in the latter half of 2024.