Andor to air on ABC, FX, Freeform and Hulu from November 23rd; Why we think it’s a genius move 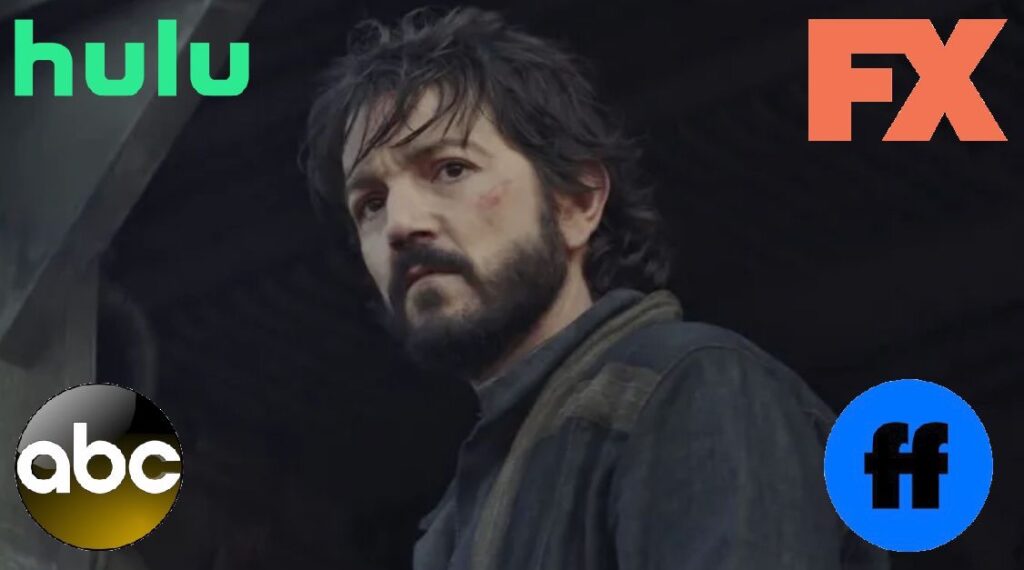 Andor though a critical darling and seemingly loved by those who tune in every week has struggled in viewership when compared to its live-action Star Wars series predecessors, The Mandalorian, The Book of Boba Fett, and Obi-Wan Kenobi. That’s not to say the show is a commercial failure, though many who dislike the series would have you believe that’s the case, but it’s a much harder sell when compared to those that came before. The Mandalorian birthed a pop culture icon in the form of Baby Yoda (Grogu) which drove a more casual audience to the series as Baby Yoda mania swept the world. The Book of Boba Fett launched with ties to the phenomenon that was The Mandalorian and focused on an already iconic and established character familiar with audiences, and Obi-Wan Kenobi saw the return of Ewan McGregor in the titular role and Hayden Christensen as Darth Vader after years of anticipation. All three shows have a broader appeal to a general audience, the characters are well known and each series was written with viewers of various ages in mind.

On the flip side when Andor was announced back in 2018 it was met with a real lack of enthusiasm from fans, with many questioning why Lucasfilm wanted to produce a series based around a supporting character from Rogue One: A Star Wars Story. From day one Andor had an uphill battle, it not only had to appeal to a more mainstream audience, but also convince the hardcore Star Wars fan base why it deserved to exist. On a personal note, out of all the live-action series, Andor has always performed the worst on this site and after speaking with several other creators with far more popular sites than my own, it seems to be that way across the board. As I mentioned earlier in the article, those who tune in every week for Andor love it (as do critics), but it appeals to a more mature audience and isn’t filled with the fan-service moments that filled The Mandalorian, The Book of Boba Fett and Obi-Wan Kenobi. I’ve spoken to many parents who’s children find Andor boring, but loved the live-action Star Wars series that came before, there’s not enough action, they don’t understand the themes and overall it’s just not engaging for those of a younger age. I’ve spoken to more casual Star Wars fans who’ve watched all the movies released during the Disney era and all three live-action series, but they won’t give Andor the time of day because they don’t have an interest in the lead character.

Disney deciding to air the first two episodes of Andor on ABC, Freeform, FX and Hulu is a slightly unorthodox move. Until now, live-action Star Wars has been exclusive to Disney+, a streaming service which, at least in the USA, has a more child-friendly perception among audiences – something that these other networks don’t. Naturally, by putting the first couple of episodes on these networks and services, they’re essentially putting a message out to audiences on those platforms that this is not like the Star Wars they’ve seen before, and will encourage them not only to watch the show, but then to get them to check out the rest of the episodes on Disney+, which will also help alter the aforementioned perception of Disney+, and of course get more subscribers. It’s also no coincidence that Disney will begin releasing the first two episodes of Andor across these networks on the same day that the season finale airs on Disney+, you’d assume that Disney is hoping that those impressed by the series will subscribe to the aforementioned streaming service to continue their viewing. It’s an interesting experiment, and who knows if it’ll work, but to me, it feels like a genius move.