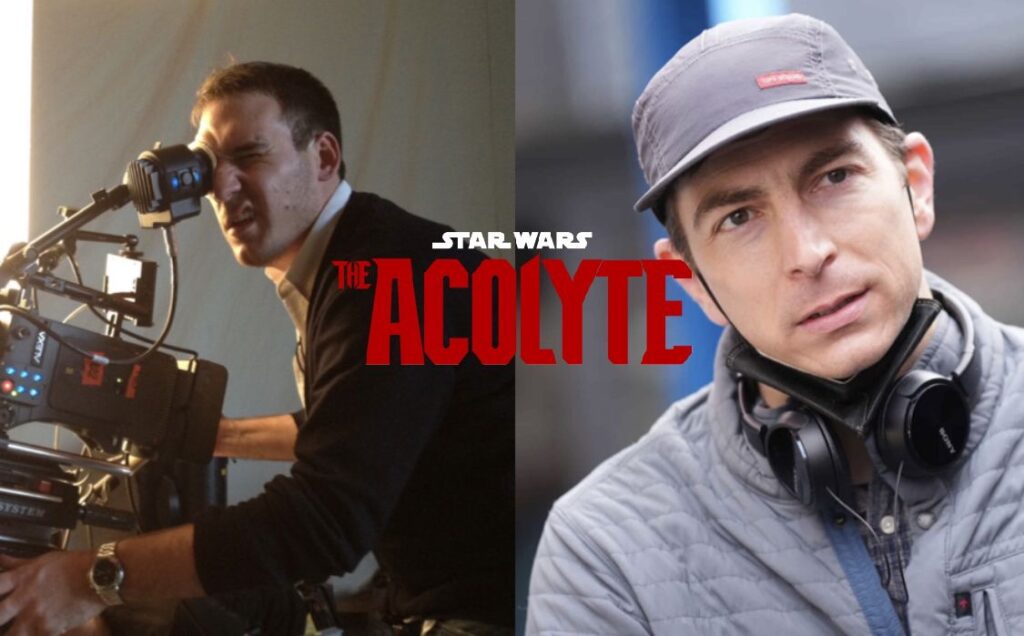 Chris Teague has joined Star Wars: The Acolyte as one of the series cinematographers which reunites him with the series writer, director and show runner, Leslye Headland, who he worked alongside during the first season of Netflix’s, Russian Doll, a series also created by Headland. Since the Netflix series, Teague has gone on to join the hit Hulu series, Only Murders in the Building, as a cinematographer and later a director, and has worked on series in the past such as GLOW, Mrs. Fletcher and Broad City.

In addition to Teague, cinematographer, James Friend, has also joined The Acolyte crew. Unlike Teague, Friend has not worked with the series creator, Leslye Headland, in the past, but worked on the upcoming Willow series from Lucasfilm and Disney. Friend’s past cinematography work includes two Showtime series, Your Honor and Patrick Melrose, as well Stan Lee’s Lucky Man and Victoria. James Friend’s most recent work, All Quiet on the Western Front, is currently streaming on Netflix and is picking up award season buzz.

I’m more familiar with Teague’s work than Friend’s, but but both seem like a good addition to a series already brimming with talent. In addition to crew, something else that excites me is the number of large practical sets being made for the series and their plans for on location filming. The series is definitely leaning more Andor than The Book of Boba Fett, which will be refreshing as the next three series Star Wars are getting will be, The Mandalorian, Ahsoka and Skeleton Crew, all shows I’m greatly looking forward to, but rely heavily on stagecraft technology and much smaller, confined sets.

The Acolyte started filming at Shinfield Studios in Berkshire, England towards the tail end of October, with filming expected to run until May. The series, described as a mystery-thriller, will take viewers into a galaxy of shadowy secrets and emerging darkside powers during the final days of the High Republic as we follow a former padawan and her Jedi master investigating a series of crimes committed by sinister forces. Amandla Stenberg (Bodies, Bodies, Bodies) leads the cast which also includes Lee Jung-Jae (Squid Game), Dafne Keen (Logan), Charlie Barnet (Russian Doll), Jodie Turner-Smith (White Noise), Manny Jacinto (The Good Place), Rebecca Henderson (Inventing Anna), Dean Charles-Chapman (1917) and Carrie-Anne Moss (The Matrix).