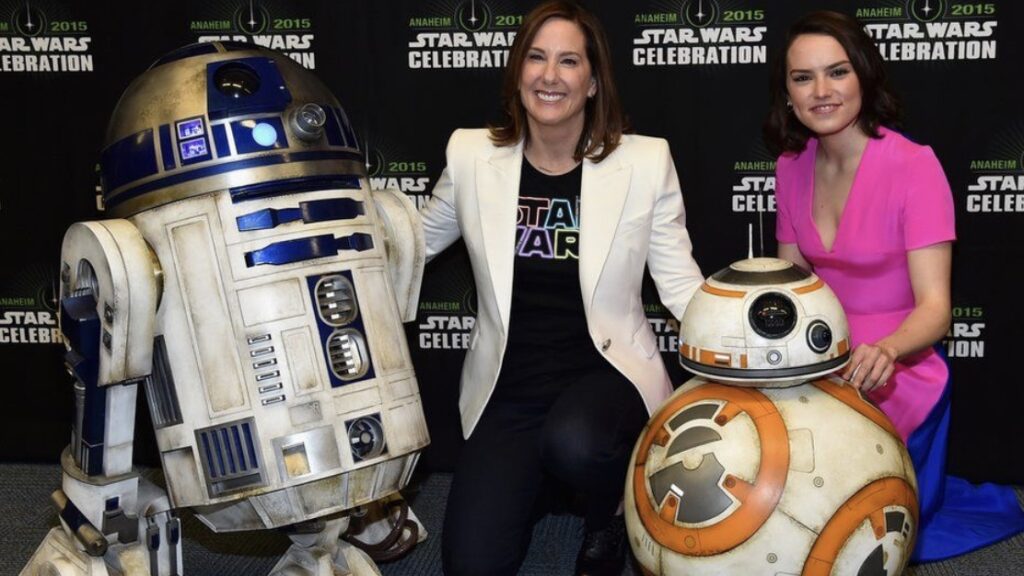 Over the past few days since it was revealed that Bob Iger is returning to replace Bob Chapek as Disney CEO, fans have began speculating (again) if this comes with the end of Kathleen Kennedy’s reign as Lucasfilm president. Rumours started when Collider’s editor-in-chief teased that somebody was on “thin ice” with the Disney board upon Iger’s return, but did not mention or tease Kennedy’s name. Despite this, some fans displeased with Kennedy’s run as Lucasfilm president began speculating the end was near for Kennedy, and speculation only heightened when YouTuber, John Campea, claimed that the decision to remove Kathleen Kennedy as Lucasfilm president has already been made, but she won’t be let go until the release of Indiana Jones 5 this Summer. Though I personally don’t believe the claim that Disney has already decided to let Kennedy go once Jones releases, it is worth mentioning that Kathleen Kennedy’s current contract ends in 2024.

Shortly after Campea’s claim, the topic was brought up on The Hot Mic podcast hosted by John Rocha and journalist/insider, Jeff Sneider. When asked what would happen to Kennedy with the return of Iger, Sneider said, “I think there’s a lot of stuff coming down the feature side at Lucasfilm to be excited about. Specifically on the Star Wars side. I think it was a conscious effort to pivot to television for a while and establish Disney+ and to tell some different stories, but fans have to be patient obviously as we’re not going to see any of this stuff until 2025”, with Sneider then claiming that, “Kathleen Kennedy has the next five years planned out. They have their 2026 and 2027 slate planned out, we just don’t know what they are yet.”

I always tell readers to take a look at reporters track records, Sneider himself exclusively broke that Damon Lindelof (Watchmen, The Leftovers) was developing a Star Wars movie back in March, many months before the story was reported by the trades, and has since revealed that Lindelof’s film will release in December 2025. Follwing the Lindelof reports, it’s been revealed that Shawn Levy (Stranger Things, Free Guy) is set to direct an untitled Star Wars movie and will focus his efforts on the feature once Deadpool 3 (his next film) releases in November 2024. In addition to Lindelof and Levy’s Star Wars films, Taika Waititi, Kevin Feige, Patty Jenkins, and Rian Johnson, have all signed on for individual Star Wars projects.

Personally I believe if Kathleen Kennedy leaves the position of Lucasfilm president, it will be at her own accord. During Kennedy’s spell as Lucasfilm president, the Star Wars movies released have amassed over six billion dollars, and saw multiple successful Star Wars television series launch, with The Mandalorian specifically being a highly significant contributing factor to the successful launch of Disney’s streaming service, Disney+.