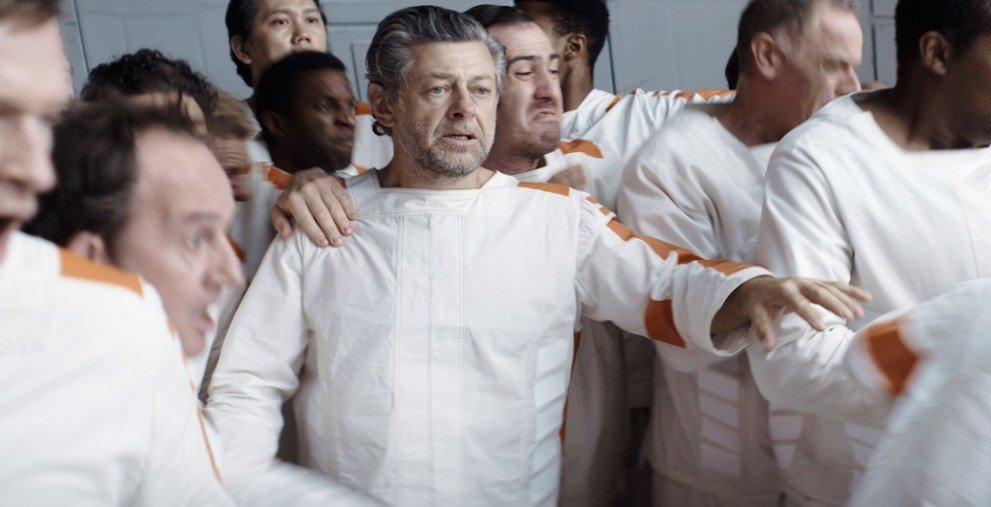 It’s been five days and it appears Star Wars fans still aren’t over the events of the Narkina 5 prison escape which saw almost all inmates leap to freedom following the prison revolt led by Cassian Andor and Kino Loy. As Cassian and crew swam to safety, Loy remained aboard the prison as he was unable to swim, devastating fans who’d grown a love for Loy following his inspirational speech, heroic acts, satisfying character arc and wonderful performance from Andy Serkis. Most fans assumed Kino’s fate was sealed as Loy was left onboard Narkina 5 with all the Imperial guards that survived the revolt, with Kino Loy being greatly outnumbered. However both an Andor director and it’s showrunner, Tony Gilroy, have both given fans hope that Loy may live to see another day.

During a recent interview with Entertainment Weekly, director of the Andor Narkina 5 prison arc, Toby Haynes was asked about the fate of the day shift manager played by Andy Serkis. Though Haynes claimed he doesn’t know what’s next for Kino Loy, he believes he was not killed.

“Oh my god, I wish I knew. I’m a fan from here on, so whether he comes back this season or not, I don’t know. I think it’s open there with what happens in his storyline. He certainly wasn’t killed. So we know that much. And that’s the interesting thing about Tony Gilroy’s writing, if you’re not dead then who knows what’s going to happen to your character. So [his return] could happen.”

Haynes’ quote follows that of showrunner Tony Gilroy who briefly spoke about Kino Lot’s fate to The Hollywood Reporter, just days before Haynes quote, telling the outlet, “He’s not dead. Is he dead? I don’t see him dying.”

I’m sure many fans are elated by this news, but when or if we ever see Loy on screen again remains to be seen. I assume we won’t see Loy again this season, and I hope we see him next, but only if the story calls for it. Andor is nearing its end with its penultimate episode airing this Wednesday. The finale itself will seemingly take place on Ferrix as all roads lead to a showdown on Cassian’s home planet with Bix in Dedra Meero’s custody and Cinta keeping tabs on Maarva Andor, but we know from trailers and additional promotional footage that Vel returns to Ferrix as does Syril Karn, and the citizens of Ferrix attempt to fight back against the Empire.