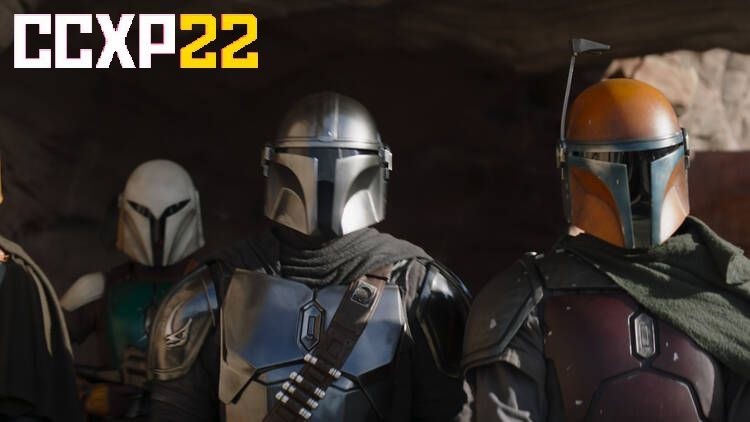 In a tweet from the official CCXP Twitter account, the convention has announced that Lucasfilm will have a panel at the upcoming convention on December 1st and promises that the studio will be bringing news for The Mandalorian season three, Indiana Jones 5, and more, the tweet reads;

“The DisneyNACCXP is coming with everything to the CCXP22! The panels will take place on Thursday, 12/1. Lucasfilm will bring news of the third season of “The Mandalorian” and the fifth film of “Indiana Jones”. Want more? Noon I tell you” – CCXPOfficial

It’s unsurprising that Lucasfilm intends to use their time to promote their next two major projects, The Mandalorian season three, and Indiana Jones 5. In regards to the latter, director James Mangold (Logan, Ford vs Ferrari) has previously shared that the first trailer for Jones will arrive in less than a month, with fans expecting the trailer to debut before Avatar: The Way of Water hits theatre’s on December 16th. Lucasfilm previously showcased a trailer for Jones at D23 in September, with footage eventually making its way online. The wonder is, will Lucasfilm debut the aforementioned trailer for Jones’ untitled fifth outing to those exclusively in room, or will they release it to the public at the same time?

The Mandalorian season three had its teaser trailer released during the D23 Expo in September, and was met with much excitement from fans. Though Lucasfilm have remained tight lipped regarding the season since, including removing it’s February release from its social media bios, a past report from MakingStarWars said that according to their sources, the official trailer for Mando’s third season would debut on December 25th, with a poster being unveiled around ten days before and that The Mandalorian is still set to release in February. I’m sure some fans are hoping the trailer gets debuted earlier at CCXP, but if it does then I’d expect it to be shown exclusively to those in attendance as Lucasfilm have no problem showcasing trailers for their television series exclusively to those in the room as they did so in April when the first debuted a trailer for The Mandalorian season three at Star Wars Celebration. It’s quite possible Lucasfilm won’t show any footage at the convention and instead share some exclusive news, for example, though it’s been widely reported that Christopher Lloyd (Back to the Future) will star in Mando season three, it’s yet to be officially confirmed by Lucasfilm or the actor, and I could see Lucasfilm formally making the announcement at the convention.

CCXP has also teased for the come from Lucasfilm, but what could that be? My first though is Willow as the series premieres just one day before Lucasfilm’s CCXP panel, maybe they’d even show them the second episode. As for what else Lucasfilm could share news on, perhaps Ahsoka and Skeleton Crew as they’re the only two series in addition to The Mandalorian set to release next year. I wouldn’t expect huge news from either series, perhaps casting as the latter only has Jude Law (Fantastic Beasts: The Secrets of Dumbledore) confirmed to star.