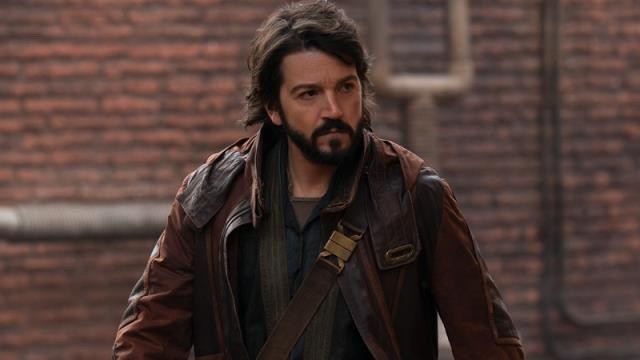 Earlier this week Collider revealed that Janus Metz (True Detective) and Alonso Ruizpalacios (Outer Range) will be joining Ariel Kleiman (Yellowjackets) in directing the second season of the Rogue One: A Star Wars Story prequel series, Andor. Today the outlet has now revealed the writing team behind season two thanks to a conversation with Andor show runner, Tony Gilroy.

Gilroy revealed to the outlet that his brother, Dan Gilroy, will be returning to write season two. Dan Gilroy wrote episodes four, five and six of Andor season one, the Aldhani arc, and his past work includes Nightcrawler, The Bourne Legacy and Kong: Skull Island. Another returning writer from season one is Beau Willimon who wrote the Narkina 5 arc, episodes eight, nine and ten, and who’s previous work includes creating the Netflix series, House of Cards, and writing the film, The Ides of March. Lastly it was revealed that writer, Tom Bissell, would be joining Gilroy and Willimon in writing the second season. Bissell wrote the hit 2017 film, The Disaster Artist, as well as hit video game titles such as Uncharted 4, Gears of War 5, Batman: Arkham Origins, and most recently wrote the Apple TV+ series, The Mosquito Coast.

Following reports from myself and MakingStarWars in April revealing that Andor season two would begin filming in November of this year, Gilroy confirmed to Collider that principal photography on the second season begins on November 21st. In addition to Andor season two gearing up to film in the U.K. in just a couple of weeks, The Acolyte is currently filming in the United Kingdom at Shinfield Studios. Across the pond Ahsoka is nearing the end of production (may have even wrapped), Skeleton Crew will continue to film until December, and there’s rumblings that the fourth season of The Mandalorian is gearing up to start filming at Manhattan Beach Studios in November.