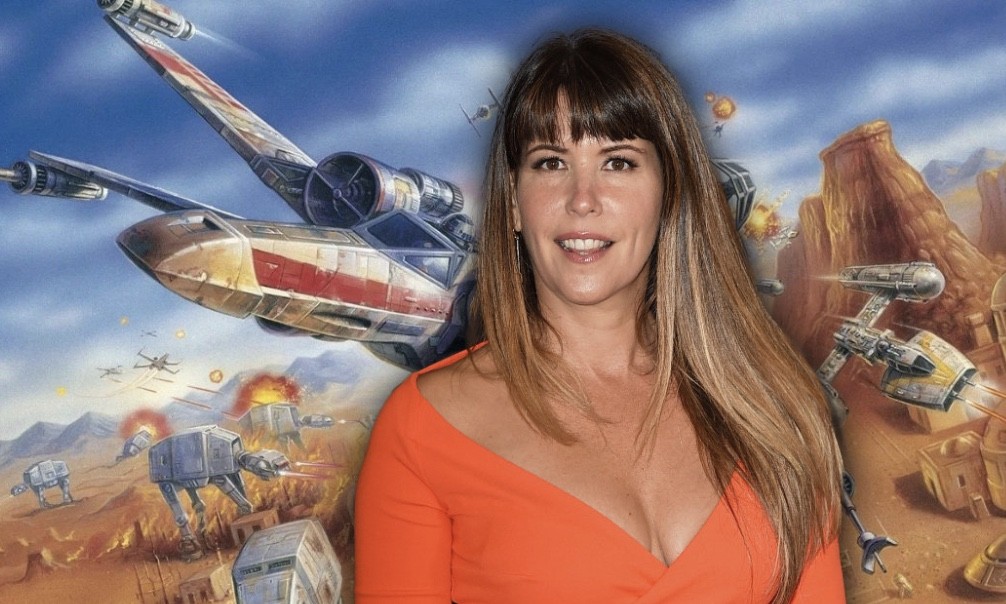 It’s been a few days in the headlines for Wonder Woman 1984 director, Patty Jenkins, who had her third instalment of the hit Wonder Woman franchise cancelled sometime last week. THR broke the story that Jenkins third Wonder Woman movie had been cancelled and that the project was considered dead at Warner Bros. Discovery, but following the news various other outlets shared what they heard regarding the situation with the fallout not looking good for the director. Deadline reported that Jenkins was due to hand in a script for Wonder Woman 3, but what Warner received were “pieces of paper”, whilst The Wrap reported that Jenkins sent Warner executives a Wikipedia article explaining what a character arc was after the executives involved decided not to move forward with Jenkins’ vision for Wonder Woman 3.

However throughout all of this only one reporter brought up Star Wars: Rogue Squadron, the film that was announced in December 2020 with a planned release for December 2023, before it was indefinitely delayed. That person was Jeff Sneider, a reliable insider and journalist who broke the story that Damon Lindelof (Watchmen) was writing a Star Wars film many months before it was reported by the trades. Since then Sneider has multiple reports confirmed and in my opinion, is without question one of the best insiders around at the moment.

During the latest episode of his podcast, The Hot Mic, Sneider briefly brought up Jenkins Rogue Squadron script which he described as a “mess” as was her Wonder Woman 3 script and he described the director as a “nightmare”.

The Wonder Woman director has now taken to Twitter and released a statement following the past weeks worth of headlines. Jenkins in her statement briefly covered Rogue Squadron and claimed that the film is in active development. You can read a segment of the Patty Jenkins statement below which pertains to Rogue Squadron:

“Sigh…I’m not one to talk about private career matters, but I will not allow inaccuracies to continue. Here are the facts: I originally left Rogue Squadron after a long and productive development process when it came clear it couldn’t happen soon enough and I did not want to delay Wonder Woman 3 any further. When I did, Lucasfilm asked me to consider coming back to Rogue Squadron after Wonder Woman 3, which I was honoured to do so, so I agreed. They made a new deal with me. In fact, I’m still on it and that project has been in active development ever since. I don’t know if it will happen or not. We never do until the development process is complete, but I look forward to its potential ahead.”

It’s interesting to hear Patty’s version of events. In January 2021, just a month after Rogue Squadron was officially announced with a 2023 release date, costume designer, Lindy Hemming, who was set to work on Rogue Squadron, claimed that Jenkins would shoot Rogue Squadron before the third Wonder Woman film, but just ten months later the film is delayed indefinitely due to “scheduling conflicts”, and Jenkins proceeds to work on Wonder Woman 3. Reading into Jenkins’ statement, it’s this ten month window where she walks away as the film “couldn’t happen soon enough” and it’s this quote I’m having a hard time reconciling. The film was announced in December 2020 for a December 2023 release, it was set to shoot before Wonder Woman 3, likely in 2022, but it “couldn’t happen soon enough” and Jenkins didn’t want to delay Wonder Woman 3 so she walks away by November 2021. Perhaps development was not going smoothly, and the project was looking likely to be delayed which could’ve have had a knock of effect for Wonder Woman? Who knows, but I hope we learn more regarding the situation soon.

The next Star Wars film is slated to release in December 2025. Currently there are two contenders for the date, the untitled film being worked on by Taika Waititi and Krysty Wilson-Cairns, and another by Damon Lindelof. Lucasfilm president, Kathleen Kennedy, said in May that Waititi’s film was next to be released, but since then word has been quiet around the project whilst momentum grows around Lindelof’s project.