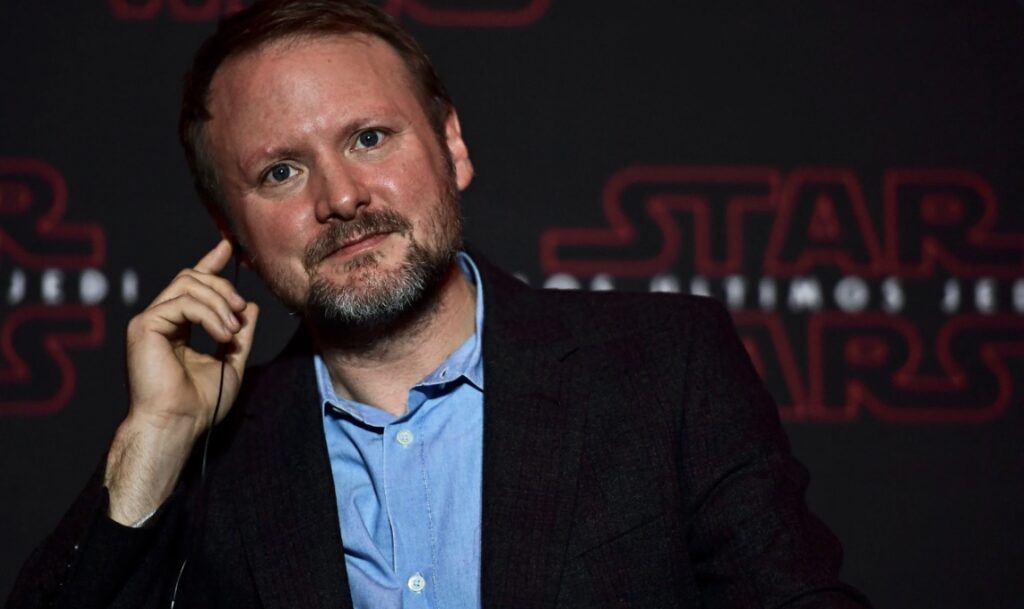 It’s been five years since the release of the critically acclaimed yet culturally divisive, Star Wars: The Last Jedi, and five years since the director of the flick, Rian Johnson, was announced to be helming a Star Wars trilogy that was separate from the Skywalker saga. However there’s been little, or more like no movement on the trilogy since.

Various YouTubers and outlets have claimed over the years that the project had been cancelled by Lucasfilm, which seems to be just wishful thinking on their part, but this year Johnson has mentioned multiple times, as has Lucasfilm president, Kathleen Kennedy, that they plan on making the Johnson trilogy, but that it ultimately comes down to scheduling.

Two years after the release of The Last Jedi, Lucasfilm concluded the sequel trilogy with the divisive, The Rise of Skywalker (though unlike Jedi it wasn’t received well by critics), directed by JJ Abrams (The Force Awakens) who co-wrote the film with Chris Terrio (Batman v Superman: Dawn of Justice), and that same year Johnson released the critically and commercially successful, Knives Out. Following the conclusion of the sequel trilogy, Lucasfilm have announced a plethora of Star Wars films with various directors attached, with their next Star Wars film slated for release in December 2025. Johnson on the other hand struck a lucrative deal with Netflix to produce two Knives Out sequels, with the first, Glass Onion: A Knives Out Mystery, gaining critical acclaim like its predecessor and is slated to hit the streaming service later this week.

It took Johnson three years to produce the Knives Out sequel, and it’ll likely take him another three to release the Glass Onion follow up, meaning we probably won’t see the third Knives Out Mystery until 2025, the same year Lucasfilm and Disney are slated to release the first Star Wars film since 2019’s The Rise of Skywalker. Johnson has also been busy directing the television series, Poker Face, which he also wrote. Poker Face is slated to release next month via Peacock, and isn’t considered a limited series, meaning Johnson could write and direct follow up seasons for the series.

As you can tell, Johnson is quite busy these days, and his and Kennedy’s excuse of ‘scheduling’ is likely true given his work load, and the number of Star Wars films Lucasfilm are attempting to place and produce. Johnson however is still eager to work in a galaxy far, far away and recently sat down with THR, where he enthusiastically revealed he’d “do anything Star Wars” when asked about his long overdue trilogy, and the possibility of doing a Star Wars television series instead. Johnson followed up saying, “if I had an idea that I was excited about, that worked better as a show than a movie, I’d do it that way. At the moment, we’re in between making the next Benoit Blanc movie, and thinking about Poker Face. I keep getting together with Kathy [Kennedy] and having conversations. Who knows? Making The Last Jedi was the best experience in my life, so I should be so lucky.”

Clearly Johnson still holds Star Wars close to his heart, despite the way he’s been treated by certain Star Wars fans. Personally I’d love to see Johnson’s trilogy, but I’d be more than happy with the Looper filmmaker turning his attention to a Star Wars television series, if that means we’d get to see Johnson tackle the franchise again. Not including Johnson’s trilogy, there are five Star Wars films in various forms of development. The presumed next film is to come from Thor: Love and Thunder director, Taika Waititi, though there’s been growing momentum for a film being written by The Leftovers Damon Lindelof, one of which will take the December 2025 release date. Marvel Studios head, Kevin Feige, is set to produce a Star Wars film written by Michael Waldron (Loki), executive producer of Stranger Things and director of Free Guy, Shawn Levy, is set to focus his efforts on a Star Wars film in 2025, and Wonder Woman 1984 director, Patty Jenkins, is still supposedly developing her Star Wars flick, Rogue Squadron, which was indefinitely delayed last year.

Given the number of Star Wars films in various forms of development, I’d like to see Johnson tackle a Star Wars television series, especially given it’ll likely be away from the Skywalker saga, which would make a change from the series we’ve been receiving including The Mandalorian, The Book of Boba Fett, Obi-Wan Kenobi, Andor, and those we’re set to see in the future such as Ahsoka and Lando. Rumours are abuzz that Jon Watts’ Skeleton Crew is set in a new galaxy, or a part of the galaxy we’ve not seen in Star Wars before, but the series is tied to the various series created by Jon Favreau and Dave Filoni, which some refer to as the Filoni-verse or the Mando-verse. Additionally we have the Leslye Headland created, The Acolyte, which is set one hundred years before The Phantom Menace during the High Republic era, but likely the series will have ties to the prequels. What I’d like from a Johnson series is a wholly original story, with characters not chained to the galaxy or saga we know – something completely disconnected.

I know many will outright refuse to watch a Johnson series (or trilogy), but during a time where we’re getting multiple Star Wars TV series a year, and the movies are set to return in a couple of years, there’s a lot of variety for fans and it’s okay to not like everything that releases, but there’s likely another show or movie you will just around the corner.