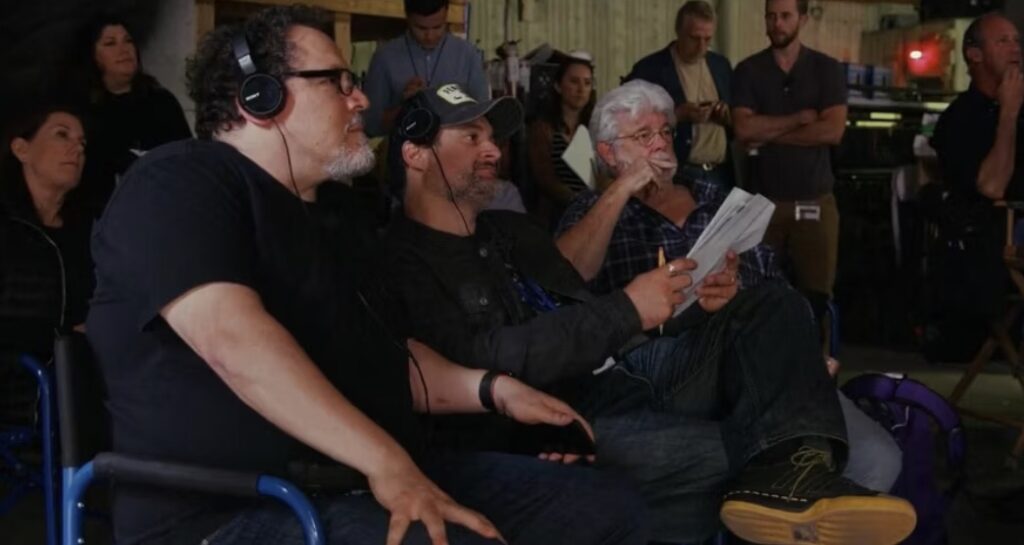 The highly anticipated third season of The Mandalorian is now just under three months away from debuting on Disney+, and though many details regarding the third season are still under wraps, the writing credits for the eight episode season have been revealed via the official Writers Guild of America’s website.

As you’d expect, series creator, Jon Favreau, is credited as a writer on all eight episodes. Executive producer of the series, Dave Filoni, co-wrote two episodes with Favreau, episodes four and seven. And lastly, episode three is co-written by Favreau and Noah Kloor. You may be wondering who Kloor is, but surprisingly he’s been attached to the various series Favreau and Filoni have been creating for a number of years. Kloor started off as a writers assistant on the first and second seasons of The Mandalorian before being promoted to a staff writer on The Book of Boba Fett, and is now a co-writer on episode three of Mando’s third season.

I’m sure that Kloor being a staff writer on The Book of Boba Fett has led some fans to assume we’ll see Fett in the third episode on season three, and they could be correct, just remember, Kloor isn’t just a writer for Fett, he also wrote on the first two seasons of The Mandalorian. Temuera Morrison at Star Wars Celebration did mention being on set with Carl Weathers (Greef Karga), so it’s possible that Boba Fett will appear in the third season of The Mandalorian, especially as it appears Din Djarin will once again be returning to Tatooine.

The only episodes of The Mandalorian season two and The Book of Boba Fett that Dave Filoni wrote included Ahsoka Tano, and I’m sure with Filoni being credited as a co-writer on two episodes of The Mandalorian season three, fans have assumed that Ahsoka will likely be making an appearance this season. It’s worth mentioning that back in December, during an episode of Fatman on Batman, co-host Marc Bernardin, revealed that he was unable to get Ahsoka Tano actress, Rosario Dawson, to star in his project as she was currently filming a Star Wars project. At the time the only Star Wars project filming in California was The Mandalorian season three, with the Ahsoka series not starting until May. Though an Ahsoka appearance is likely, I don’t think she’ll appear in two episodes. It’s worth remembering that this season of The Mandalorian will deal a lot with Mandalore and Mandalorian lore, two points that Dave Filoni covered extensively in both Star Wars: The Clone Wars and Star Wars: Rebels, and I’d personally expect one of those episodes to have a focus on those topics or characters introduced in those respective series.

One name I’m surprised not to see credited as a writer is Rick Famuyiwa who wrote episodes for past seasons of The Mandalorian. Famuyiwa is slated to direct multiple episodes of The Mandalorian this season and has been brought on as an executive producer of the series. In addition to Famuyiwa returning as a director, Carl Weathers is also returning, as is Bryce Dallas Howard. Though not confirmed, I’d expect Dave Filoni to direct at least one episode as he directed the season two episode in which Ahsoka Tano appeared, and did the same for The Book of Boba Fett. Jon Favreau has also hinted that the director of season two finale, Peyton Reed, will also be returning to direct.

The third season of The Mandalorian will debut exclusively on Disney+ on March 1st, 2023.